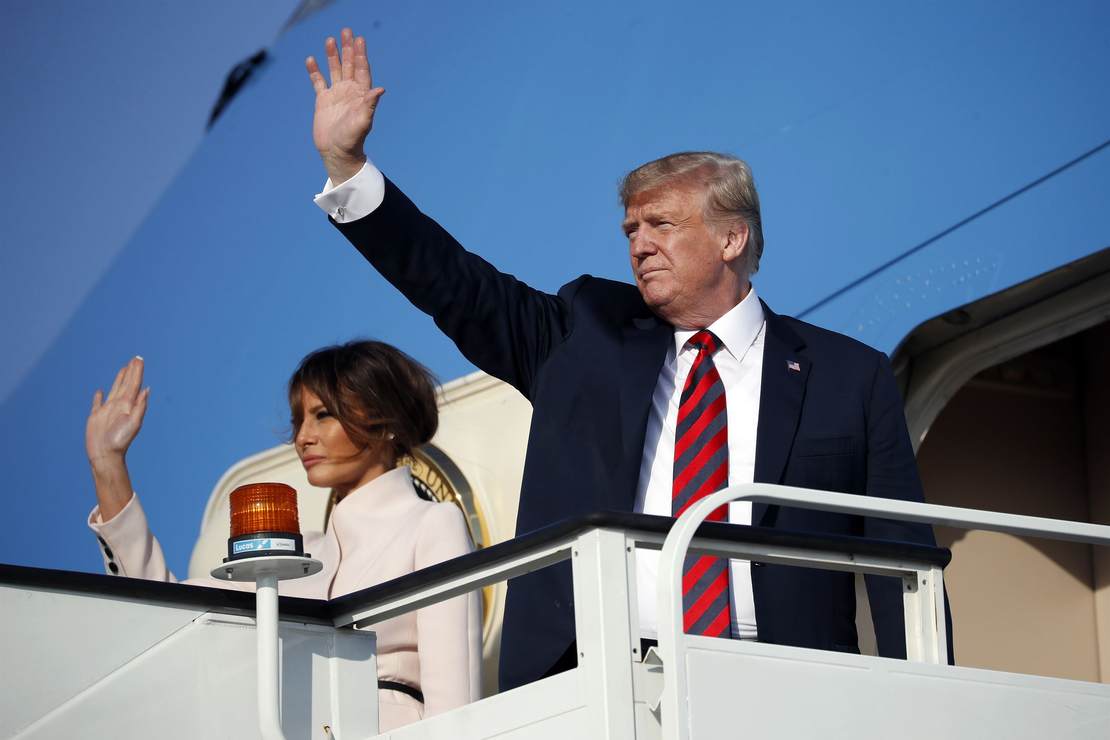 Gut-check time: Donald Trump is now 0-4 in elections held since his big win in 2016, and he could go 0-5 if his man Herschel Walker loses the Georgia runoff in December.

There’s enough blame to go around, this isn’t all on The Donald. All the Washington leadership failed us. A few state legislatures probably moved too far, too quickly after the Dobbs decision, scaring largely pro-choice GenZ young adults to vote in defiance of the polls.

But as the de facto party head, Trump can’t escape his share of the blame. So it’s my unpleasant duty to examine the rot at the top.

Trump’s man in Pennsylvania, a TV celebrity doctor of questionable ethics, lost to a stroke victim who can barely speak. Yes, there was cheating in Philly — there’s always cheating in Philly. That didn’t stop Trump from winning Pennsylvania in 2016, and it wouldn’t have stopped any other GOP candidate against John Fetterman, except for Trump’s hand-picked candidate, Dr. Mehmet Oz.

Despite rising wages, energy independence, and no new wars, Trump lost the House in 2018. He lost the White House two years later, the Senate in Georgia’s double-runoff the next January, and his slate of Senate candidates underperformed on Tuesday night.

There’s been so much losing; I’m tired of all the losing.

During his victory speech, J.D. Vance specifically named 34 people for thanks/gratitude.
Trump was not one of them.https://t.co/IOVAF4MKDL

Maybe Vance is an ingrate, maybe he’s being a sharp operator. Only time will tell.

But Trump’s behavior has just been too toxic since the 2020 election. Granted, what the Dems did to him for four years, and especially during the election, gives Trump every right to be angry. But it’s caused him to make some questionable decisions as the leader.

Also for our VIPs: Why the Red Wave Never Crested

Apparently, he raised tens of millions for this cycle but spent very little of it on campaigns, in part because he spent “91 cents to raise every dollar, according to the latest filings with the Federal Election Commission.”

Trump’s first post on Truth Social since results started to get reported pic.twitter.com/PioD3ZZlsJ

O’Dea might not have been a Trump Republican, but he would have been head and shoulders better than that empty suit, Democrat Michael Bennet, who has been one of my senators for far too long already.

And what an unnecessary insult to the conservative voters of Colorado, who did what we could to help O’Dea against nearly impossible odds.

If you still want Trumpism, MAGA, and all that, fine. So do I.

But we won’t get it from Trump.

We won’t get it from Mitch McConnell, Kevin McCarthy (I’ll have more to say about him in a later column), or any of the swamp creatures who still sit on all-too-comfy perches at the top of the GOP.

Some initial thoughts for the GOP:

1. We must adapt to mail-in voting
2. Trump bears some blame but too many people act like he’s totally responsible. Dumping him is not a 100% fix
3. Voters needs to be strategic in primaries
4. Avoid wasting $ on longshots in 2024

The more traditional GOP leadership screwed the pooch, too, but what Geisha says is undeniable.

Future of GOP is state-level leaders who have got to challenge existing national leadership — starting right the hell now. https://t.co/NoCHJKvCf7

I’ll always be grateful to Trump for showing the GOP how to fight, and particularly for the slate of justices and judges he and McConnell pushed in such numbers through the Senate.

But those wins are forever ago in political time, and there have just been too many unaccountable losses in between.

Once again, if GOP primary voters select Trump as the nominee, he’ll have my full support. But for all the reasons I’ve just given you, I don’t expect him to make the comeback I once hoped he would.

Failed Candidate Stacey Abrams Now Pushing For Position At The Federal Communications Commission
Wait… Is China Actually Doing the Smart Thing I Just Told Them to Do?
The Kruiser Kabana Episode 203: Elon Musk and the Complete Psychotic Break on the American Left
Robbery suspect won’t face murder charges in shooting of gas station clerk since suspect allegedly returned fire at clerk — which can be considered self-defense
Crypto executive dies in helicopter crash â€“ the third crypto entrepreneur to die unexpectedly over the past few weeks