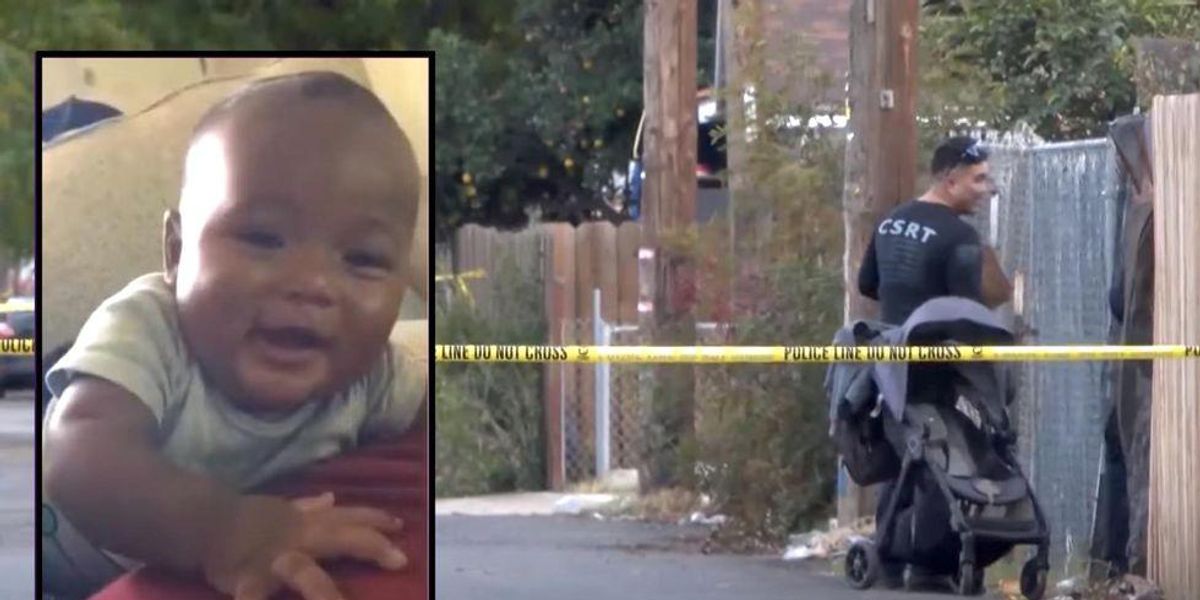 California police said a 9-month-old boy was killed after a drive-by shooting while his mother pushed him in a stroller on Wednesday.

Merced police officers said in a Facebook post that they were called to a McDonald’s restaurant at about 12:30 p.m. over a report of a shooting. When they arrived, they found the mother and the baby with a grievous gunshot wound.

“The infant was suffering from a fatal gunshot wound and unfortunately pronounced deceased at the scene,” police wrote.

The mother said she was pushing her baby in a stroller alongside her boyfriend when someone driving by shot at them. They fired at least three times, but only the baby was struck.

u201cNOW: 7-month-old child killed in a shooting at 12th and Q in Merced.nPolice say the parents were walking the kid in a stroller when a drive by shooter fired off at least 3 shots. Only the child was hit. @abc30u201d

The mother had gone to the fast food restaurant with her child looking for help.

A McDonald’s worker told KMPH-TV that the mother didn’t know the baby had been shot when she went to the restaurant but believed the baby was choking because of the loud gunfire.

“I have 3 children … I have a 3-year-old … so it hurts,” the unidentified worker said. “I can’t imagine what she’s going through.”

Investigators canvassed the neighborhood for security video and witnesses to the incident. Police said they had no suspects identified yet and asked for help from the public. They do not believe the baby was the intended victim of the shooting.

“This happened at a busy time of day,” said Merced police Lt. Joseph Perez to the Fresno Bee. “If there’s anybody out there that saw something that the police didn’t speak to, if they can reach out to the police.”

Neighbors started creating a memorial for the baby at the site of the shooting just hours after the incident.

KSEE-TV cameras captured the moment that police carried away the stroller involved in the lethal shooting.

The family set up a GoFundMe account to help pay for the burial costs of the baby.