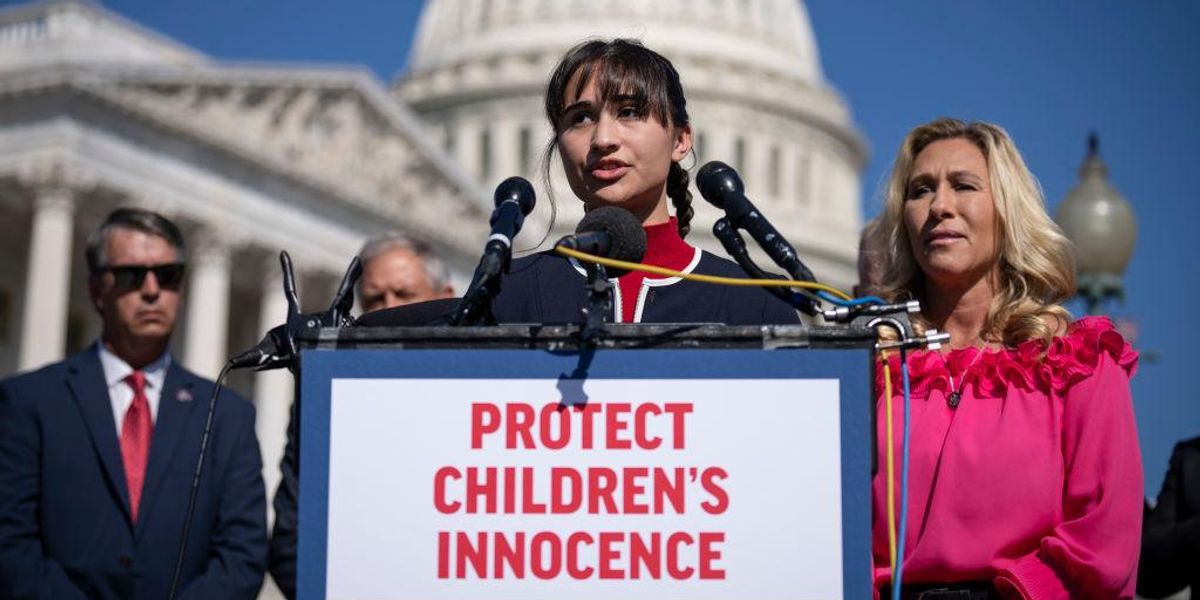 Detransitioner Chloe Cole, now 18 years old, announced on Thursday that she would be filing a lawsuit against the hospital and affiliated medical group for facilitating her hormone therapy and gender surgery as a minor.

The letter stated that the hospital and medical group “performed, supervised, and/or advised transgender hormone therapy and surgical intervention for Chloe Cole when she was between 13-17 years old, which constitutes breach of the standard of care.”

Cole’s intent-to-sue letter argued that her case “clearly mandated a wait and see approach,” but that medical professionals instead chose to “treat Chloe with drugs/hormones and surgery that caused permanent damage and mutilation” and that this treatment “represents gross-negligence and intentional fraudulent concealment.”

The letter stated that based on the evidence of “malice, oppression and fraud,” Cole is seeking punitive damages.

Cole, a biological female, stated in the letter of intent that she began struggling with her gender when she was nine years old.

During an interview on Thursday on Fox News’ “Tucker Carlson Tonight,” Cole explained that she told her parents that she wanted to change her gender when she was just 12 years old. Cole stated that her parents did not know what to do, so they sought professional medical help.

Cole explained that doctors never pushed back on her desire to transition. From 13 to 17 years old, Cole underwent a “radical, off-label, inadequately studied course of chemical and surgical ‘treatment,’ including puberty blockers, cross-sex hormone treatment, and a double mastectomy.”

“As an adult, I will never be able to breast-feed whatever children I will have. I don’t even know if, because I was put on puberty blockers and testosterone at only 13 years old, I don’t know if I’ll be able to conceive a child naturally,” Cole stated. “I made an adult decision as a child.”

The intent-to-sue letter stated that the hospital “coerced” Cole and her parents by telling them that Cole’s gender dysphoria would not be resolved unless she medically transitioned and that she was also at high risk for suicide without transitioning, despiting having “no significant indications of suicide or severe depression.”

“I want to hold the adults that put me in harm’s way accountable, because what happened to me is horrible, but it also didn’t only happen to me, that’s the worst part,” Cole told Tucker Carlson. “It’s happening to children all over the U.S., all over the West, and it’s spreading all over the world.”

Fox News Questions How NBC Can Present Leftist Propagandist Ben Collins as Objective
New Survey Finds Political Polarization Is Eroding Public’s Trust In The Military
Masked robbers face no resistance, easily steal $35,000 in products from crowded Apple Store. One crook reportedly threatened violence against anyone trying to stop them.
DeSantis Continues to Look Like the Safer Bet in 2024
‘Pelosi in the House’ Marks New Low for Media Bias