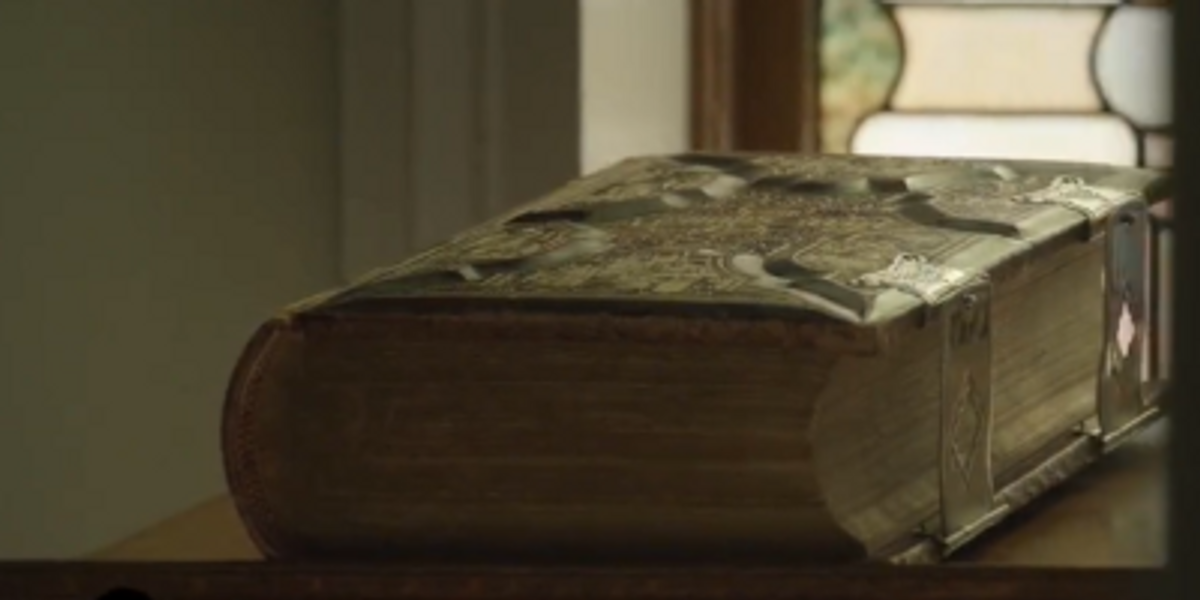 The brutal murder of a 90-year-old farmer from Minnesota was solved thanks in part to a Bible.

Chris Wagner – the former lead investigator for the Carver County Sheriff’s Office – told ABC’s “20/20,” “You could tell that the suspects had spent a significant amount of time in the house going through all the drawers and cupboards. Money has always been in a lot of crimes that you’re looking into.”

The only evidence investigators had were three different shoe prints. Forensic scientists with the Minnesota Bureau of Criminal Apprehension were able to determine exactly what brand of shoes the home invaders were wearing. The forensic scientists said the home intruders wore Crocs, Adidas, and Avia shoes. However, that evidence was not enough to find the suspects.

Then, investigators received an important phone call on May 9, 2015. Barry Kyles from St. Paul notified police that he had found a Bible inside an apartment that he was paid to clean. The Bible contained a $1,000 savings bond with Olander’s name on it. Kyles did an internet search for Earl Olander and found out that there was a reward for information about his murder.

The tip was said to be “divine intervention.” It was a Norwegian Bible that was more than 100 years old and had previously been in possession of the Olander family.

Police discovered that Edson Benitez had lived in the apartment. When questioned about the Bible, Benitez told authorities that a friend who moved to Mexico gave it to him. However, detectives pressed Benitez when the story didn’t add up. He admitted that the Bible was stolen and pointed to his friend Reinol Vergara.

Vergara was a painter who worked at Olander’s house and found out that the elderly man was wealthy.

Benitez said he waited in a vehicle outside Olander’s home as Vergara infiltrated the house. He went in with a black duffel bag that allegedly contained duct tape and a gun, according to police.

“Twenty minutes later, Benitez said Vergara returned to the car and asked him to come inside and help look for the money,” ABC News reported. “Benitez said when he got inside, he saw a man with his face covered with a blanket and hands and feet tied with duct tape. The man was struggling on the ground when Vergara struck the man with the gun, Benitez told investigators.”

Cell phone records tied the two men to the burglary and murder. Investigators found that the shoe prints matched the shoes of the two men.

Vergara and Benitez were both charged with four counts of murder. The men pleaded guilty to one of those charges and were sentenced to 37 years in prison in 2016.

The murder investigation is the subject of a “20/20” segment airing on Friday.

“We decided to focus on this story for a number of reasons, but what initially stood out to us was how many people loved Earl,” “20/20” executive producer Janice Johnston told the Chaska Herald. “We spoke to his friends, his neighbors, his church community, and all of them echoed the same sentiment. When we found out that the key to solving his murder lay in a Bible miles away from the crime scene, we knew we had to delve deeper into this story and share it with our viewers.”

Maria Awes — an award-winning investigative journalist — said, “Living in the community, knowing the beginning, the middle and the end of that case and how it was solved, what was involved — it stands out. In a landscape of true crime, it stands out in many ways because of the parallels between the victim Earl Olander’s spirituality and how the case ultimately is cracked.”

“To me, there are no coincidences. There are only ‘God-incidences,'” Olander’s neighbor, Bill Boecker, told “20/20.”

u201cWith no DNA or fingerprints at the scene, investigators working to solve Earl Olanderu2019s murder had only one piece of evidence to work with: shoe prints. nn@JohnQABC examines the case – Friday at 9/8c on #ABC2020 “Divine Intervention.” https://t.co/pjStAgZskMu201d

Alcohol-fueled family game of Monopoly turns violent as furniture is overturned, gunfire erupts — and man goes to jail on assault with a deadly weapon charge
As Georgia Voting Begins, MSNBC Touts Warnock, Hurls Insults at Herschel Walker
VIDEO: Angry Trans Twitter Censor Speaks Out After She Is Fired from Her Job
Politifact Joins ‘Spanish-Language Disinformation’ Grift
Video: Coast Guard rescue of cruise passenger who fell overboard for up to 15 hours hailed as a ‘Thanksgiving miracle’