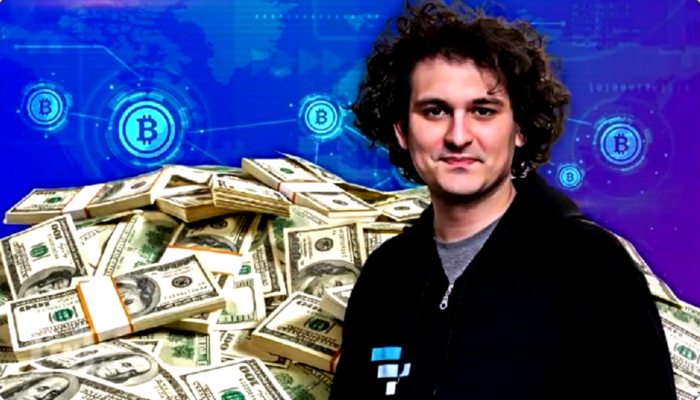 If you are extremely wealthy and want to receive over-the-top praise from Politico, the answer is simple. Simply donate millions of dollars to Democrat candidates. Such was the case with Bankman-Fried, whose liberal largesse had Politico singing paeans to him a few months ago.

…Sam Bankman-Fried is about embracing paradoxes. The 30-year-old, who has amassed an estimated $20 billion fortune over the last four years through cryptocurrency, drives a hybrid Toyota Corolla. A monk-like aesthetic extends from his clothes — he showed up to chat in a wrinkled T-shirt and beat-up New Balance sneakers — to his personal life. He shares a penthouse with about 10 roommates and cooks for himself. He still uses his parents’ Netflix account. When he lobbies in Washington, D.C., he’ll often crash on his brother’s couch.

Isn’t that cute? Schneider reveals why all that love for the “monk-like” Bankman-Fried:

He was also one of just a handful of donors who spent $10 million-plus backing President Joe Biden in 2020, and in the last year, he’s hired a network of political operatives and spent tens of millions more shaping Democratic House primaries. It was a shocking wave of spending that looked like it could remake the Democratic Party bench in Washington, candidate by candidate. Looking ahead to the 2024 election, he has said he could spend anywhere from $100 million to $1 billion.

He’s a rare breed of humanitarian:

He’s guided by an arcane social philosophy that’s obsessed with doing the most good for humanity by tackling neglected problems, which led him to investing in certain types of endangered-species candidates: people who commit to making pandemic preparedness funding a top issue, and people willing to work across the aisle to achieve it. And Bankman-Fried is taking great pains to shed traditional labels as quickly as Democratic operatives are trying to pin them on him.

The Politico tune about Bankman-Fried sharply changed just this week when it was discovered he was no longer useful for the Democrats, when his fortune vanished. See their Thursday diatribe by Sam Sutton, “A crypto titan dumped millions into the midterms, then lost a fortune.”

Crypto megadonor Sam Bankman-Fried helped bankroll Democrats’ overperformance in the midterms. But any friends he may have had in Washington won’t be there for him as his crumbling business empire threatens to torpedo the entire digital currency market.

Bankman-Fried’s Washington influence — as well as billions of dollars of his personal wealth — nearly vanished in the span of 48 hours, after it emerged that the giant crypto exchange he founded was insolvent and unable to meet customer withdrawals.

State and federal regulators are now investigating the exchange, FTX, to determine whether it may have harmed clients or broken other financial regulations. An emergency rescue from competing digital asset exchange Binance fell apart after the company dug into FTX’s financials and investigators circled.

The crisis has demolished Bankman-Fried’s public image as a go-to resource for policymakers writing rules for crypto — a reputation that was built on his willingness to write multimillion dollar checks to boost Democrats.

...Crypto executives and lobbyists are already distancing themselves from Bankman-Fried. “This is an absolutely stunning turnaround from somebody who was the darling of Washington policy circles,” said Blockchain Association Executive Director Kristin Smith. “It was built on a house of cards.”

Among those (former) friends now distancing themselves from Bankman-Fried is Politico. With his usefulness for Democrats at an end, Bankman-Fried has earned this final slapdown from former paramour in the press:

“This is what happens when instead of doing robust public interest policy, you hitch your wagon to charismatic founder types who make a lot of promises they can’t ultimately deliver on,” said Americans for Financial Reform senior policy analyst Mark Hays. “Sam may be one of the biggest and clearest example of that kind of hubristic figure, but there have been many before him and will likely be many after him.”

‘We can no longer say this is a pandemic of the unvaccinated’: CDC data indicates vaccinated, boosted people together make up majority of COVID-19 deaths
Oil exec rips Biden over energy policy, warns of ‘major’ crisis coming in a few weeks
Elementary school principal commits suicide at Disneyland after being charged with child endangerment and battery
On Pearl Harbor Remembrance Day, No Conspiracy Theories, Please
Janitors’ union called a strike outside Twitter, so Elon Musk cancelled its contract and fired the janitors