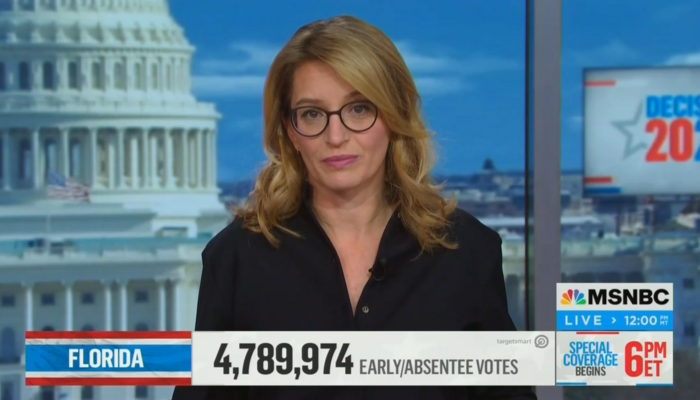 Since election night on Tuesday, the talking heads on broadcast and cable news networks have been pedantically scolding their viewers that “counting votes takes time,” “this is normal,” and everyone needs to please “calm down.”

It’s hard to say whether they sound more like exasperated kindergarten teachers or preachy DMV employees, but either way, it’s incredibly obnoxious. Just listen to them:

Undoubtedly the worst case of insufferable talking-down came from former RNC chairman Michael Steele during his ten millionth MSNBC appearance on Wednesday. “This is part of the process, this is normal, don’t get upset,” he chided in a sing-song voice.

He went on: “This is what this looks like. And I think it’s a matter of informing and re-educating people of what happens in elections!”

On election night, MSNBC’s Katy Tur treated her viewers to this scolding, which she kicked off with a theatrical sigh: “The truth, everyone, as you know, is that it’s gonna take time. And that is normal.”

Keep in mind that many of these scolds were far less charitable about the process “taking time” back during the 2020 Democratic Iowa Caucuses, when technological ineptitude kept any of us from learning the results for days.

Robbery suspect won’t face murder charges in shooting of gas station clerk since suspect allegedly returned fire at clerk — which can be considered self-defense
SoCal: Huntington Beach Elementary School Principal Commits Suicide at Disneyland
Is Pepto-Bismol really a cure for covid? New clinical trial seeks answers
Man thrown over the side of a bridge after Chargers game in wild incident caught on video says his attacker has still not been arrested by police
Elementary school principal commits suicide at Disneyland after being charged with child endangerment and battery