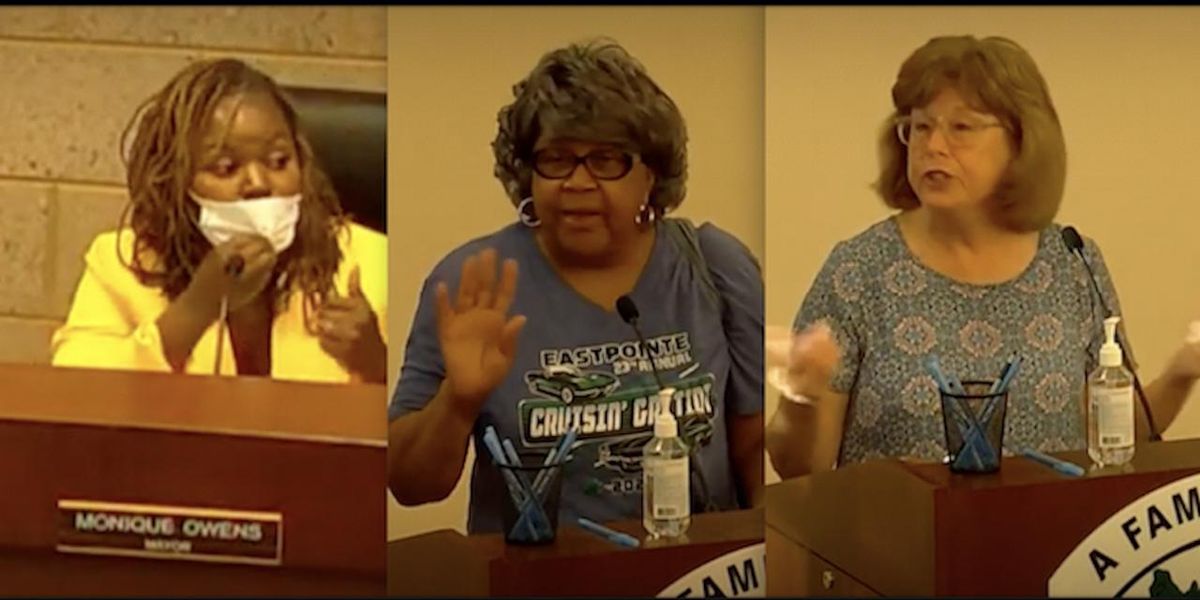 Four residents of Eastpointe, Michigan, filed a federal lawsuit against the city’s mayor and the city this week, claiming the mayor is abusing her power and trying to silence her critics, the Detroit Free Press reported.

The paper added that Monique Owens also is accused of preventing the residents from speaking during a public comment time at a September city council meeting.

Mary Hall-Rayford, Karen Beltz, Karen Mouradjian, and Cynthia Federle filed the lawsuit Wednesday in U.S. District Court in Detroit, the Free Press reported, adding that the Foundation for Individual Rights and Expression filed the lawsuit on their behalf.

Owens had no comment Thursday, the paper reported, adding that messages were left for the Eastpointe city attorney seeking comment.

“This is Michigan, not Moscow,” FIRE attorney Conor Fitzpatrick said. “Public officials are elected to serve the people, not silence them. The First Amendment prohibits the government from requiring citizens to offer praise in order to be heard. FIRE is suing Owens to ensure that she no longer censors Eastpointers or tries to protect herself at the expense of the Constitution.”

Fitzpatrick said a preliminary injunction was filed Thursday asking the court to prevent Owens from suppressing criticism while the lawsuit proceeds, the Free Press said.

More from the paper:

Len Niehoff, a professor at the University of Michigan law school, said if a state entity — and that includes a municipality or city — violates the First or Fourteenth Amendment, that raises a federal question and federal courts have jurisdiction. He had not seen the lawsuit and could not comment on its merits.

The situation dates back to June and a dispute between Owens and City Councilman Harvey Curley at the Cruisin’ Gratiot car show, of which Curley is the longtime chairman. Curley, 85, a former mayor of the city, got upset that Owens spoke at the opening ceremonies.

The Free Press reported that Owens accused Curley of putting his hands in front of her face and cursing at her. In a petition for a personal protection order Owens filed against Curley, she said she feared for her safety. The paper added that Owens filed a police report, but the lawsuit says Curley was never arrested or charged.

A Macomb County Circuit Court judge ruled in September that Curley’s behavior was “childish and extremely inappropriate” but denied Owens’ request for a personal protection order, the Free Press said.

‘You’re not going to sit here and assault me, lady I never met!’

At the Sept. 6 council meeting, Hall-Rayford and Beltz tried to speak up for Curley during the public comment period, the paper said. But the Free Press — citing the lawsuit — said Owens repeatedly interrupted and shouted them down and claimed discussion of the dispute would “revictimize” her.

The suit also states that Owens yelled at Beltz — a 40-year-plus resident who had never spoken at a council meeting before — when Beltz said Owens’ claims against Curley are “outrageous,” the paper said.

With that, Owens cut her off and hollered: “You’re not going to sit here and assault me, lady I never met!”

The lawsuit also claims the city attorney told Owens that members of the public have “free rein” to discuss whatever topics they choose, but Owens ignored his advice, the Free Press reported.

Soon, council members began to leave the meeting — after which Owens sat alone up front.