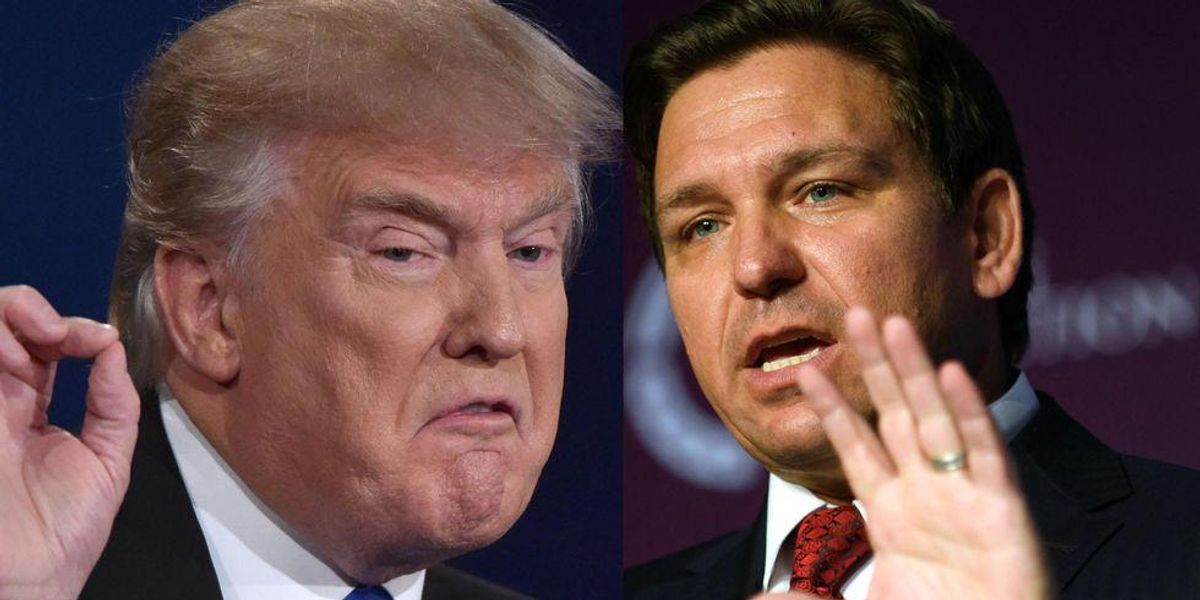 Former President Donald Trump issued a lengthy screed against Florida Republican Gov. Ron DeSantis, where he accused him of lacking class and loyalty.

“Now that midterms are over, and a success,” wrote Trump in a post on his official account on Truth Social.

“NewsCorp, which is Fox, the Wall Street Journal, and the no longer great New York Post (bring back Col!), is all in for Governor Ron DeSanctimonious, an average REPUBLICAN Governor with great Public Relations, who didn’t have to close up his State, but did, unlike other Republican Governors, whose overall numbers for a Republican, were just average—middle of the pack—including COVID, and who has the advantage of SUNSHINE, where people from badly run States up North would go no matter who the Governor was, just like I did!” he continued.

Trump went on to claim that DeSantis would not have won his election in 2017 without Trump’s endorsement and then claimed that he used the power of the federal government to stop election fraud in 2018 and helped DeSantis defeat Andrew Gillum.

“The Fake News asks him if he’s going to run if President Trump runs, and he says, ‘I’m only focused on the Governor’s race, I’m not looking into the future.’ Well, in terms of loyalty and class, that’s really not the right answer,” he added.

Trump finished his scathing statement by comparing the situation to one he faced in 2016, when he defeated the other primary candidates and seized the Republican nomination.

“We’re in exactly the same position now. They will keep coming after us, MAGA, but ultimately, we will win. Put America First and, MAKE AMERICA GREAT AGAIN!” he concluded.

Some former supporters of Trump have opined that the party needs to take a fresh turn after the disappointing results of the midterm elections for Republicans. While experts predicted a “red wave” for the GOP, unmarried women and Gen Z voters surged at the polls and robbed Republicans of their expected victories.

DeSantis, meanwhile, pulled off a resounding victory in Florida, leading many to proclaim that he had turned the former swing state into a solid red state.

Here’s more about the Republican rivalry:

Woke Pastor Says “Spirit of God Will Arrest(?)” People To Vote For Democrat Sen. Raphael Warnock
House Dems Will Never Compromise, so They’re Calling on the GOP Majority To
Elon Musk rips into Apple for pulling advertising and threatening to strip Twitter from its store: ‘Do they hate free speech in America?’
Creepy woman who shared pornographic images of teen during prison visit with sex offender pleads guilty
‘The Fedcoin is HERE’: Glenn Beck reveals what the Fed was up to while YOU weren’t watching