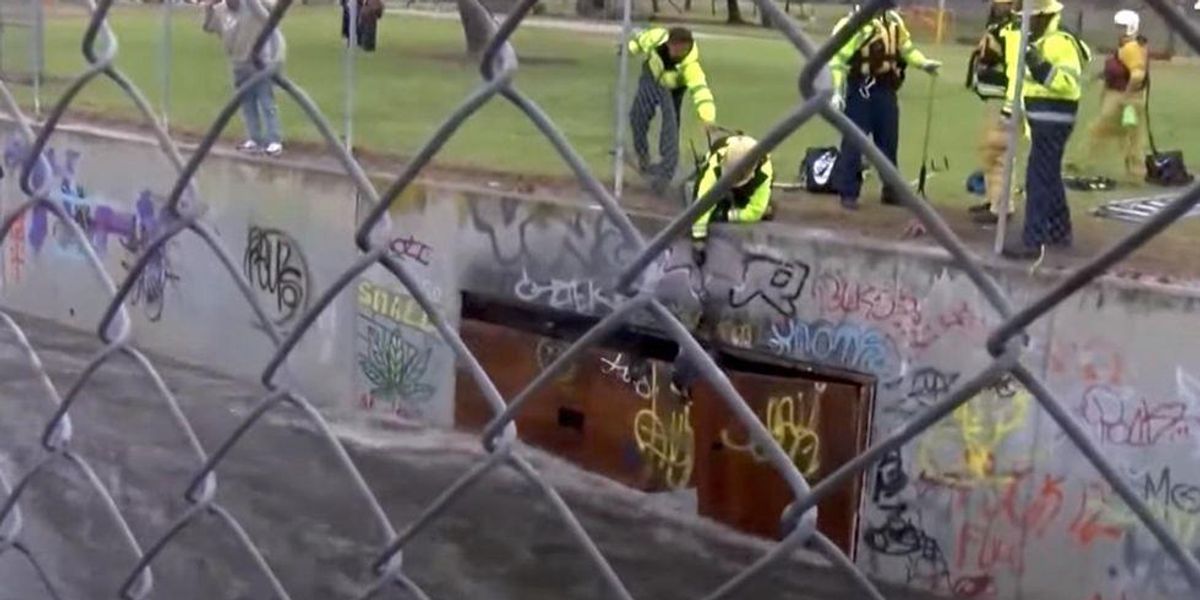 Authorities said one person died when about 10 homeless people were swept away from an encampment by raging floodwaters, and others are missing and presumed dead.

The incident unfolded on Tuesday when a record-breaking storm hit the southern California city of Ontario, about 40 miles east of Los Angeles.

Police said they were called to the scene of a water basin at about 9:46 a.m. after people said they witnessed a group being swept away by a sudden flood of water through a homeless encampment.

Authorities believe there were 10 people swept away. Of those, five were able to be rescued while one was confirmed dead, and about four others are still missing and presumed dead.

Authorities later identified the one fatality as 63-year-old Anthony Ray Lopez Sr. of Ontario. His body was found nearly three miles from where he was first swept away.

The Ontario Fire Department said it was using sonar technology in its recovery operation.

KTLA-TV spoke to one of the survivors about her ordeal.

“The water just came, and there was nothing we could do,” said a tearful Cassandra Gonzales, who believes one of her best friends is among the missing and presumed dead.

“When I would go underwater, I would just try to make sure that I came back up,” she explained. “I made sure I wouldn’t hit the middles that separated the tunnels.”

As of Friday, there were still four people missing and two missing persons reports filed with the Ontario Police Department. Authorities said there was still the possibility that some of the missing were able to climb to safety by themselves.

Police said 28-year-old Josephine Dominguez was one of the people still missing.

Officials say there are many “no trespassing” signs around the storm drains, but homeless people disregard them and are in great danger when rains hit.

“We really need to stress to our public the dangers associated with these flood control channels and we need to stay out of there, at all costs, because the risk associated with being down there, because of the sudden changes in weather and the flow of water, incidents like this unfortunately could occur,” said Deputy Chief Mike Wedell.

Here’s more about the harrowing incident: