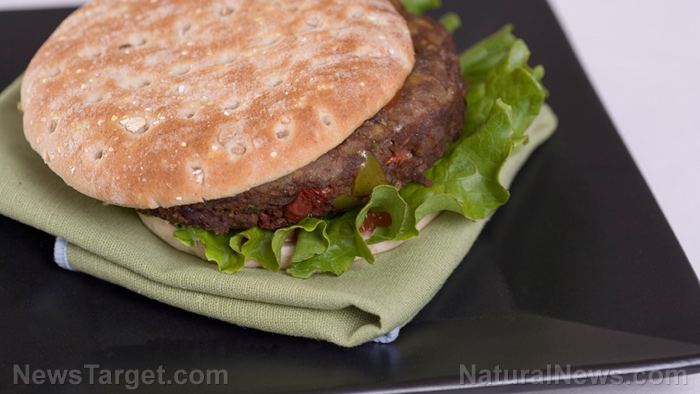 (Natural News)
Things are not looking good – at all – for Beyond Meat, which reported a wider-than-expected loss for its third quarter.

The company has been struggling for a while amid plummeting demand for fake meat products – it turns out most people want the real thing. (Related: Learn more about the rise and fall of Beyond Meat.)

Quarter over quarter, Beyond Meat’s losses have been compounding. And this latest quarter is no exception, though the company’s most recent losses were higher than analysts expected.

CEO Ethan Brown called the results “disappointing,” claiming that the reason people are not buying fake meat is because it costs more than “cheaper proteins.”

The day of third quarter earnings, Beyond Meat’s stock price plummeted by nine percent. In after-hours, Beyond Meat shares traded relatively flat after falling throughout the day.

Give it up, Beyond Meat: Nobody wants what you’re selling

This represents a 22.5 percent net loss in sales for the third quarter, which is dismal, all things considered.

In an attempt to revive the company somehow, Beyond Meat executives tried to peddle the synthetic meat products to restaurants and grocery stores at an added discount. This, too, failed.

The only division of Beyond Meat that reported any sales growth at all is the U.S. food service business, meaning restaurants.

As for grocery store sales, those fell 11.8 percent in the third quarter, driven entirely by dwindling demand.

It turns out that foreigners are even more disgusted by fake meat than Americans are. Beyond Meat’s non-U.S. sales cratered by 53 percent in the third quarter while food service revenue dropped by 42 percent.

“International markets accounted for roughly 35% of sales a year ago,” reports reveal. “In the third quarter, they only made up a quarter of Beyond’s total revenue.”

Beyond Meat’s goal is to become cash-positive by the second half of 2023, but that could turn out to be a really tall order. If people do not want to eat fake meat now, chances are they will not want to eat it then, either.

“This is a difficult period economically across the country and across the world, so we are going to right-size our organization to get through it,” Brown said.

There will be no further attempts by Beyond Meat to launch products like Beyond Jerky, which was developed in partnership with junk food giant PepsiCo. Beyond Jerky is reportedly too expensive and difficult to manufacture, rendering it a total bust.

One of the only things left for the company is its fast-food partners, but even those have been shedding off their fake meat offerings because they just do not sell.

As you may recall, Beyond Meat also has some behavioral problems among its executives. COO Doug Ramsey left the company recently after being arrested for allegedly biting another man’s nose in a parking garage.

Phil Harden, Beyond Meat’s CFO, also left the company, as did its chief growth officer.

“For 2022, Beyond expects full-year sales between $400 million to $425 million, reiterating the lower forecast it released in October,” CNBC says.

Try as they might to forcefully turn the world “green,” the globalists are struggling in some areas, including on the fake meat front. To learn more, visit GreenTyranny.news.