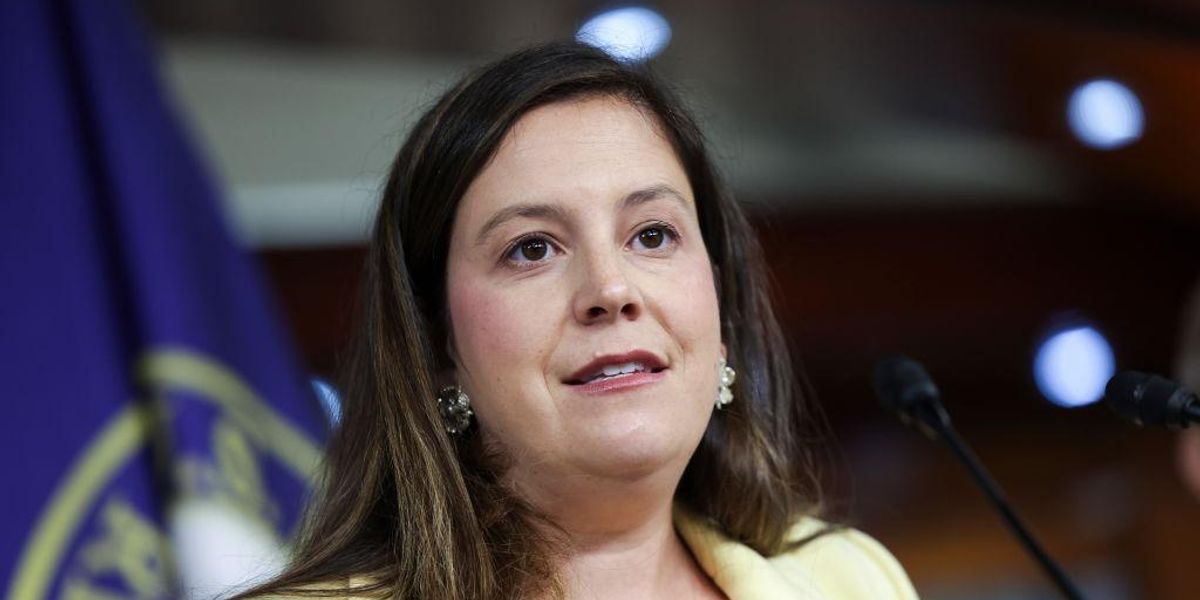 In a statement, Stefanik, a Republican lawmaker from New York, called Trump the “leader” of the GOP, and said that she was “proud to endorse” him.

“I fully support him running again. Under his presidency, America was strong at home and abroad, our economy was red hot, our border was secure, our neighborhoods were safe, our law enforcement was respected, and our enemies feared us,” Stefanik declared. “It is time for Republicans to unite around the most popular Republican in America, who has a proven track record of conservative governance.”

u201cFull text of Elise Stefaniku2019s endorsement of Trump, which first appeared in a NYT story about GOP criticisms as part of his defense. She is the top member to endorse him so far, I believe:u201d

On Monday, Trump said that he will make “a very big announcement” next week on November 15 at Mar-a-Lago.

Stefanik, who replaced GOP Rep. Liz Cheney as House Republican Conference chair after Cheney was ousted from that role last year, is currently seeking to remain in the slot.

Trump has targeted Florida Gov. Ron DeSantis, referring to him as “Ron DeSanctimonious” and calling him “an average REPUBLICAN Governor with great Public Relations.” DeSantis, a popular Republican who many view as a figure who could potentially mount a presidential run, decisively won reelection during the Sunshine State’s gubernatorial contest this week. Trump said earlier this week that he voted for DeSantis.

Virginia Lieutenant Governor Winsome Sears said on Thursday that if Trump runs again, she will not support his candidacy.

In a post on Friday, Trump claimed that he enabled Virginia Gov. Glenn Youngkin to win his election in 2021.

“Young Kin (now that’s an interesting take. Sounds Chinese, doesn’t it?) in Virginia couldn’t have won without me,” Trump wrote. “I Endorsed him, did a very big Trump Rally for him telephonically, got MAGA to Vote for him – or he couldn’t have come close to winning. But he knows that, and admits it. Besides, having a hard time with the Dems in Virginia – But he’ll get it done!”

Sorry Fauci, Americans Are so Over COVID
Biden calls for ‘stricter gun laws’ before GOP takes House: ‘The idea we still allow semiautomatic weapons to be purchased is sick’
NBC Reporterette Defends the Sexual Grooming of Children But Accuses Parents Opposed to it as the Real Sexual Predators
Number of Americans regularly carrying handguns doubled in just 4 years
What Happened to Trump Only Surrounding Himself With ‘the Best People’?