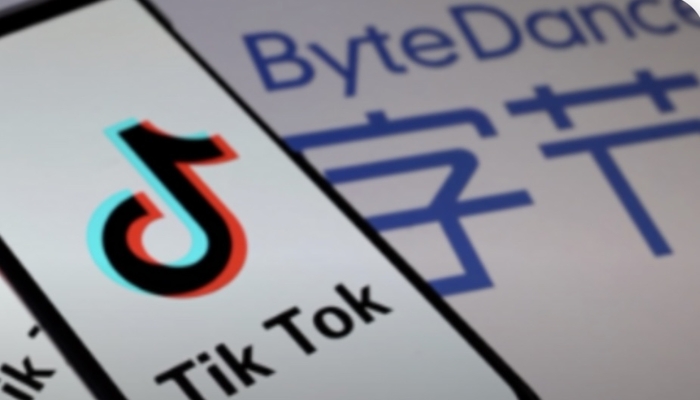 Rubio and Gallagher noted in their Washington Post op-ed that the U.S. is in a new “Cold War” with China, amid the country’s increasingly aggressive messages about Taiwan. TikTok is one of the most popular social media apps in the U.S., despite recent revelations that Chinese employees at CCP-controlled ByteDance can access U.S. TikTok user data.

TikTok has a billion users worldwide and about two- thirds of U.S. teens have an account, Rubio and Gallagher noted. The lawmakers said, “We must ban this potential spyware before it is too late — not encourage its use in the United States, as President Biden is doing.”

The CCP owns a stake and board seat in TikTok’s parent ByteDance. All Chinese companies are also required to “assist in intelligence work,” including data gathering, Rubio and Gallagher noted.

The lawmakers pointed to a Forbes article that noted “23 of ByteDance’s directors previously worked for CCP propaganda outlets, and at least 15 ByteDance employees work for them now.” ByteDance’s editor-in-chief “who also happens to be the secretary of its internal CCP committee,” said the committee would ensure ByteDance products have “correct political direction,” the op-ed says.

TikTok has “the ability to survey every keystroke teenagers enter on their phones,” Rubio and Gallagher wrote, meaning the CCP could potentially profile millions of Americans, including government employees.

TikTok did not tell Forbes if it has ever targeted American government workers, journalists, or public figures, the lawmakers noted.

Furthermore, Rubio and Gallagher wrote, TikTok’s algorithm is a “black box” able to be altered at any time. TikTok has already censored topics the CCP regards as objectionable, including videos about China’s treatment of Uyghurs and the 1989 protests in Tiananmen Square. A recent MRC Free Speech America study also discovered TikTik “permanently banned” 11 pro-free speech organizations.

“The CCP could also use TikTok to propagate videos that support party-friendly politicians or exacerbate discord in American society,” the congressmen wrote. They also said many American adults get news from TikTok, another content area that the platform could be manipulating.

Rubio and Gallagher slammed a reported deal to allow TikTok’s continued operation in the U.S.. “TikTok is a major threat to U.S. national security,” the lawmakers wrote. “Yet Biden is encouraging greater engagement with the platform by directly courting TikTok influencers.”

TikTok could become a “template” for other CCP-tied companies to infiltrate the U.S. “with minimal scrutiny,” the lawmakers wrote, adding they will introduce legislation to “ban TikTok and other social media companies that are effectively controlled by the CCP from operating in the United States.”

Conservatives are under attack. Contact TikTok via email at communitymanager@tiktok.com and demand Big Tech be held to account to mirror the First Amendment and provide transparency. If you have been censored, contact us at the Media Research Center contact form, and help us hold Big Tech accountable.

Man thrown over the side of a bridge after Chargers game in wild incident caught on video says his attacker has still not been arrested by police
Breaking: Appeals court rules against Trump, allows DOJ to restart investigation of documents seized at Mar-a-Lago
SECRET CDC REPORT: Since the launch of Operation Warp Speed, at least 1.1 million Americans have “died suddenly”
MacIntyre: The Twitter Files reveal the left will win at any cost
Mike Pence Praises Elon Musk’s Plan To Release Censorship Files