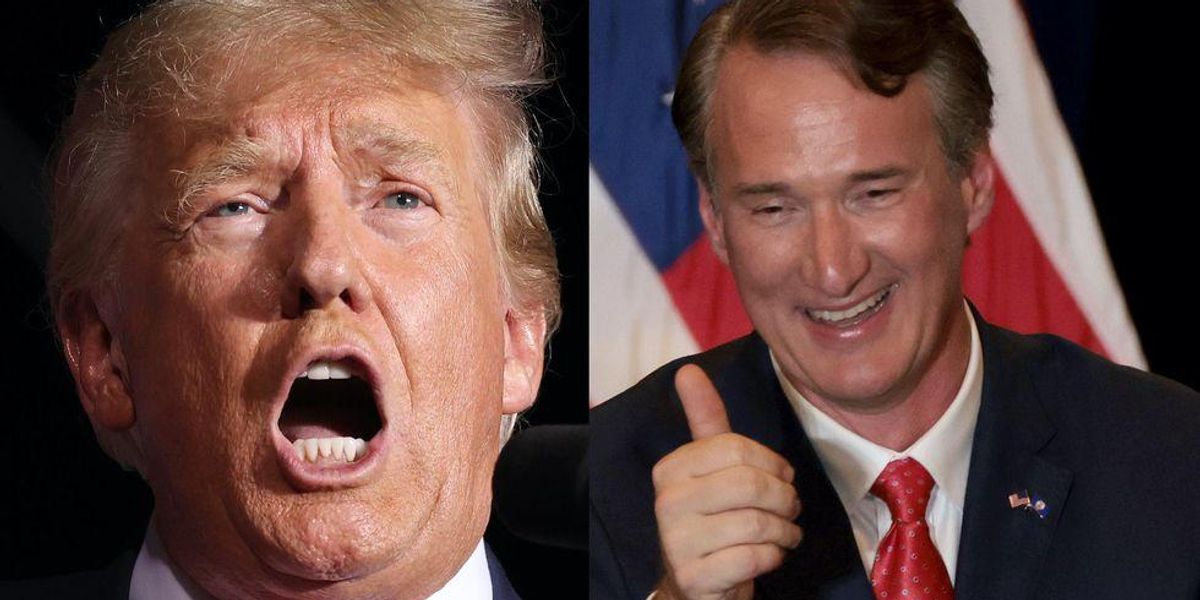 Trump issued his screed in statement on social media after the disappointing midterm elections, during which many of his endorsed candidates lost.

“Young Kin (now that’s an interesting take. Sounds Chinese, doesn’t it?) in Virginia couldn’t have won without me,” Trump claimed.

“I Endorsed him, did a very big Trump Rally for him telephonically, got MAGA to Vote for him – or he couldn’t have come close to winning,” he added. “But he knows that, and admits it. Besides, having a hard time with the Dems in Virginia – But he’ll get it done!”

He was referring to an 11-minute phone call rally in 2021 where Trump spoke for about six minutes and endorsed Youngkin during his campaign against Democratic contender Terry McAuliffe.

The odd jab at the governor came a day after Trump excoriated Republican Florida Gov. Ron DeSantis and accused him of being disloyal and without class. Many Republicans and some Trump supporters responded by criticizing the former president for attacking a fellow Republican after a landslide reelection victory by DeSantis.

When Youngkin was asked about Trump’s statement, he politely said he hadn’t seen it.

“You all know me, I do not call people names, I really work hard to bring people together, and that’s what we’re working to do,” Youngkin said to a reporter.

“Well, that’s what I’m saying, and that’s just not the way I roll and not the way I behave,” he added. “And I think, again, this a moment for us to come together as a nation.”

Youngkin, like DeSantis, is considered a possible contender for the Republican presidential nomination for the 2024 election.

Here’s more about the Youngkin/Trump feud: