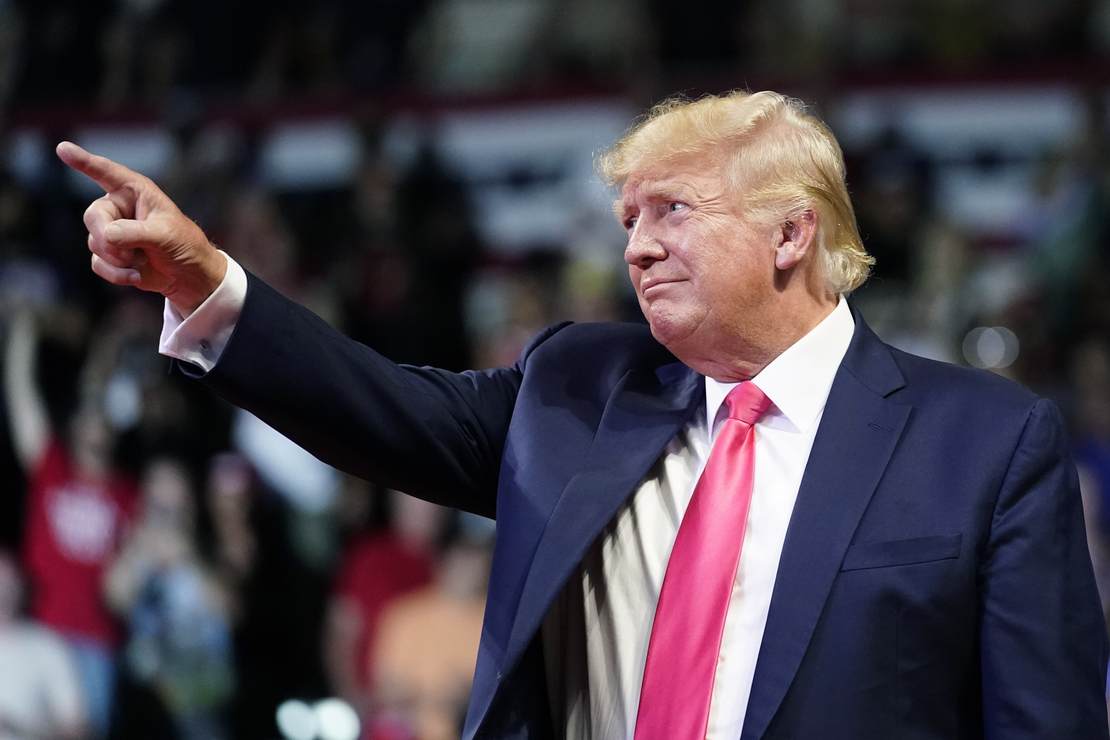 On Monday night, it was rumored that former President Donald Trump was going to formally announce his  2024campaign during a rally for now-U.S. Senator-elect J.D. Vance in Ohio. Even journalist Benny Johnson, who was at the rally, said that insiders who were present believed the announcement would happen that night.

The rumors turned out not to be true, but Trump did say that in order to “not detract” from the midterm elections Tuesday, he would make an important announcement on November 15 at Mar-a-Lago.

“I’m going to be making a very big announcement on Tuesday, November 15 at Mar-a-Lago in Florida,” Trump said.  “We want nothing to detract from the importance of tomorrow.”

But as the anticipated red wave never materialized, and several races remain uncalled, many believe his announcement should be postponed. “I think he needs to put it on pause, absolutely,” Trump’s former White House press secretary, Kayleigh McEnany, said Thursday. Even some of Trump’s current advisors are suggesting that he put the brakes on his announcement.

Trump campaign adviser Jason Miller said earlier this week that he would be urging Trump to delay his 2024 presidential campaign announcement until after the Georgia runoffs.

“I am advising the president to hold off until after the Georgia race,” Miller told NewsmaxTV. “Priorities A, B, and C need to be about Herschel right now. This is bigger than anything else in the country. We gotta show that the focus is on Georgia.”

So far, it appears doubtful that Trump will take Miller’s advice. An anonymous source close to Trump told CNN that Trump is reluctant to delay his announcement.  “I could see him claiming that Republicans didn’t turn out in droves because he wasn’t on the ballot and blaming everyone but himself.”

On Thursday, Trump’s campaign organization sent out an email announcing “President Donald J. Trump, 45th President of the United States of America, will hold a special announcement at the Mar-a-Lago Club in Palm Beach, Florida on Tuesday, November 15, 2022, at 9:00PM EST.” It contained details of the event, complete with a media credential request portal. All indications are that Trump has every intention of going through with his announcement despite opposition from his supporters and advisers.

One Republican who is also urging Trump not to run is Virginia Lt. Governor Winsome Sears. While praising the job he did as president, she thinks Trump needs to see that he’s becoming more of a liability for the GOP.

“When we look at the mission — and, as a Marine, we’re looking at the mission, and the voters have spoken, and they have said that they want a different leader,” Sears told Fox Business’s Neil Cavuto. “And a true leader understands when they have become a liability. A true leader understands that it’s time to step off the stage. And the voters have given us that very clear message, because this is about America.”

“I could not support him,” Sears added. “I just couldn’t, because we have seen, for example, in those states where he has endorsed the candidates, in fact, Republicans on the same ticket who he did not endorse over-performed, whereas his candidates totally underperformed by as much as 10 points. We have a clear mission, and it is time to move on.”

Company That Made Viral ‘Let’s Go Brandon’ Wrapping Paper on Target to Double Last Year’s Sales
Florida doctor accused of raping patients during cosmetic operations found dead in a ditch with a gunshot wound to his head
Watch: Fox News host confronts Biden spokesman over why the White House appears more concerned about Twitter’s openness than about Apple’s collusion with totalitarian China
Breaking: Michael Avenatti sentenced to 14 years in prison for wire and tax fraud
Ron DeSantis has a new book coming out in early 2023