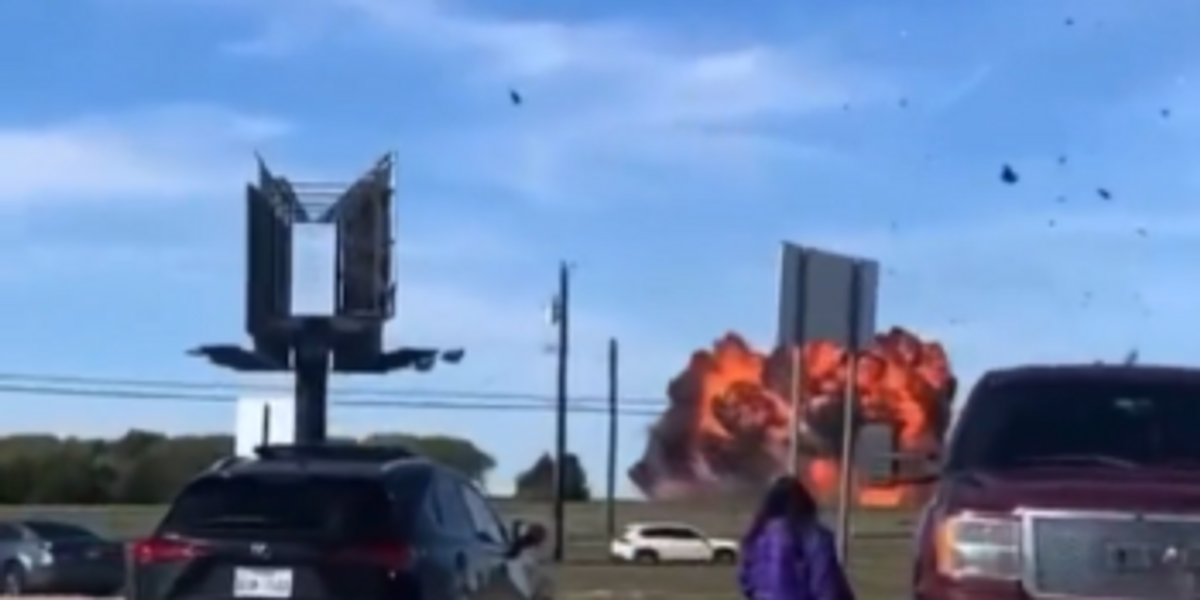 According to initial reports, two planes crashed into each other while flying above Dallas around 2:30 p.m. EST on Saturday. The planes were reportedly part of the Commemorative Air Force’s Wings Over Dallas Show.

Video reportedly shows a Bell P-63 Kingcobra fighter plane colliding with a B-17 Flying Fortress bomber as it flew at a low altitude over the airfield at Dallas Executive Airport. The planes break into pieces and then crash to the ground. A large and fiery explosion followed and black smoke billowed into the sky.

The Federal Aviation Administration (FAA) released a statement on the aircraft collision in Dallas:

A Boeing B-17 Flying Fortress and a Bell P-63 Kingcobra collided and crashed at the Wings Over Dallas Airshow at Dallas Executive Airport in Texas around 1:20 p.m. local time Saturday. At this time, it is unknown how many people were on both aircraft. The FAA and the National Transportation Safety Board will investigate. The NTSB will be in charge of the investigation and will provide additional updates.

There were over 40 fire rescue units deployed to the scene, according to Dallas Fire-Rescue (DFR).

Witnesses said debris from the crash was now strewn over Highway 67 in Texas.

There are no official reports about if the crew survived or if there were any injuries or casualties on the ground.

Texas Gov. Greg Abbot said of the airshow crash, “Planes collide during air show at Dallas Executive Airport. The Texas Dept. of Public Safety, Texas Division of Emergency Management, and the Texas Dept. of Transportation are assisting local officials in responding to this tragedy.”

(WARNING: The following videos are graphic)

u201cu26a0ufe0f GRAPHIC VIDEO: A mid-air collision involving two planes near the Dallas Executive Airport, today. The accident took place during the Wings Over Dallas WWII Airshow at 1:25 p.m., according to Dallas Fire-Rescue. A @FOX4 viewer took this video. @FOX4 is working for more details.u201d

u201cUpdate – Here is a look at the aircraft collision scene at Dallas Executive Airport. There was an air show today. More details soon.u201d

This is a breaking news story and will be updated with new details when they become available.