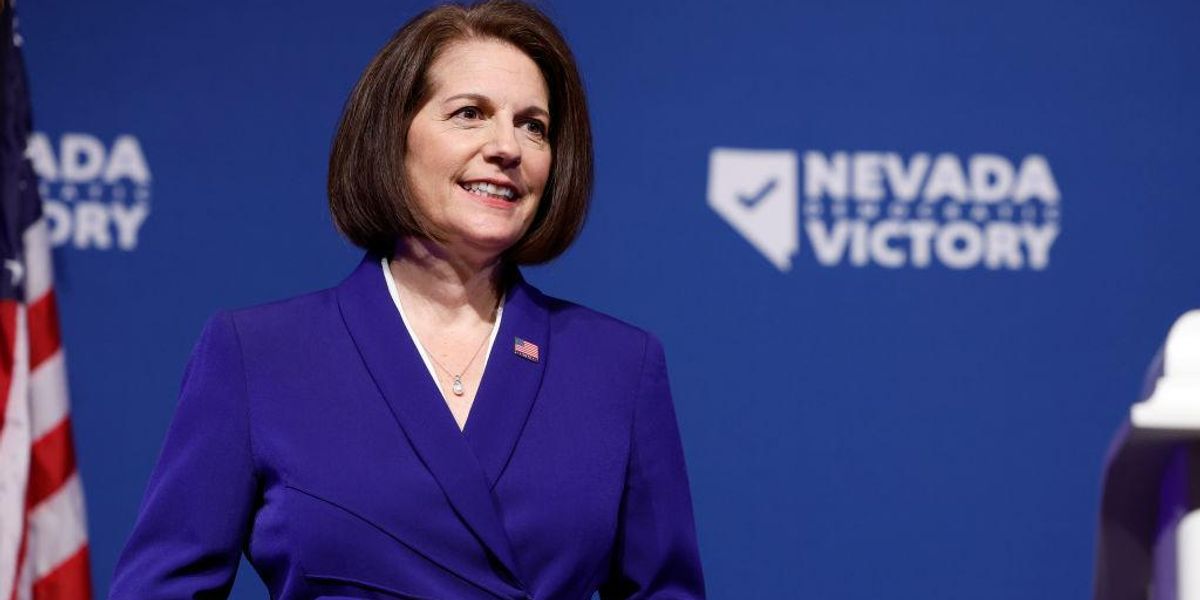 Democrats will retain control of the U.S. Senate after Democratic Sen. Catherine Cortez Masto held onto her Nevada seat against Republican challenger Adam Laxalt, according to NBC News and Fox News.

On Saturday night, Cortez Masto was declared the victor after 97% of the ballots were counted, and the incumbent led Laxalt by a 48.7% to 48.2% margin. Cortez Masto was leading by nearly 5,000 votes.

After her projected win was announced, Cortez Masto wrote on Twitter, “Thank you, Nevada!”

Cortez Masto’s win delivers Democrats with 50 seats versus Republicans with 49 seats in the Senate. Even if Republicans win the Georgia Senate runoff between Democratic incumbent Senator Raphael Warnock and Republican Herschel Walker next month, the Democrats still have the tie-breaking vote with Vice President Kamala Harris.

Republicans are reeling after the expected red wave in the midterm elections fizzled.

“Here’s what happened to us: Election Day, our voters didn’t show up, we didn’t get enough voters. It was a complete disappointment,” Scott said during a Friday appearance on “Hannity.”

Scott continued, “I think we’ve got to reflect now, what didn’t happen? I think we didn’t have enough of a positive message, we said everything about how bad the Biden agenda was — it’s bad, the Democrats are radical, but we have to have a plan of what we stand for.”

Musk Says De-platforming Trump Was A ‘Grave Mistake’
Elon Musk rips into Apple for pulling advertising and threatening to strip Twitter from its store: ‘Do they hate free speech in America?’
MORE WINNING: Pro-Censorship, Never-Trump Leftist Sam Harris Rage Quits Twitter
WAYNE ROOT: The Annual Root Turkey Awards Winners of 2022…and the Perfect GOP Ticket for 2024
Globalist “utopia” is driving mankind to self-extinction, just like what was seen in Calhoun’s mouse experiments