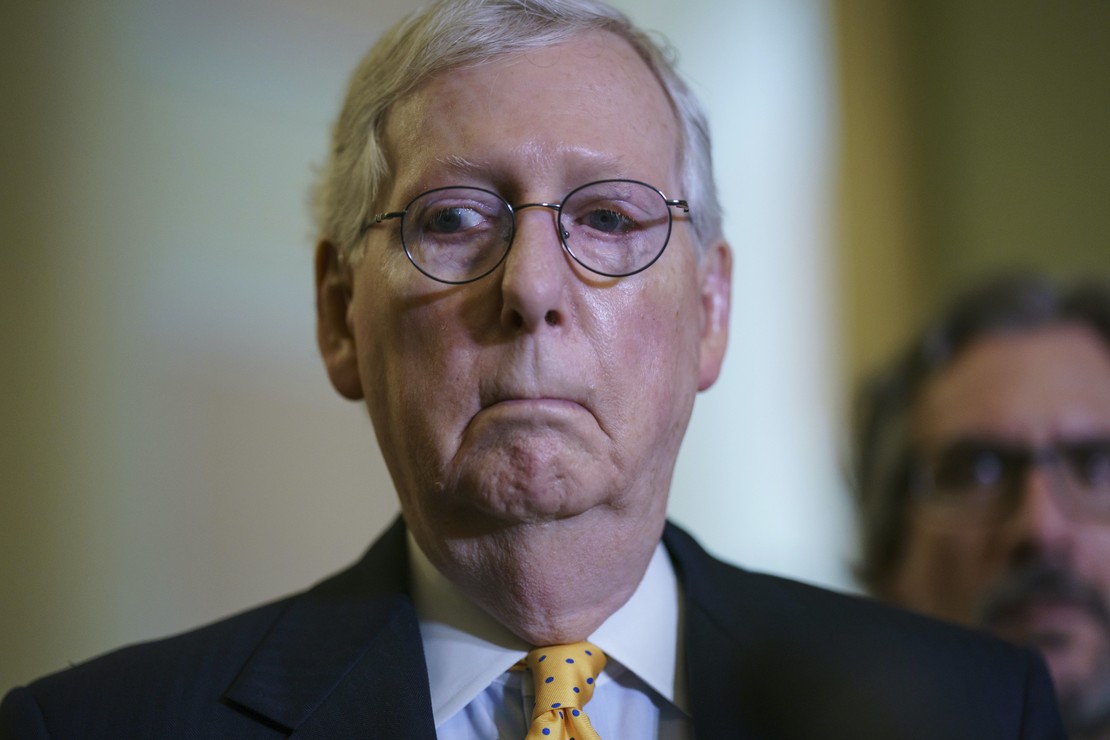 Since leaving office, Donald Trump has been very vocal about his displeasure with Senate Minority Leader Mitch McConnell and was reportedly working behind the scenes to oust him as Republican leader in the Senate.

“The Republican Party can never again be respected or strong with political ‘leaders’ like Sen. Mitch McConnell at its helm,” Trump said less than a month after leaving office. “McConnell’s dedication to business as usual, status quo policies, together with his lack of political insight, wisdom, skill, and personality, has rapidly driven him from Majority Leader to Minority Leader, and it will only get worse.”

I was highly critical of Trump’s blast of McConnell. Even though I haven’t always agreed with McConnell, he has been an effective leader for the Republican Party, standing up to Democrats even when it was hard. Do you remember last year’s nomination of Amy Coney Barrett? That happened because of McConnell. He is also the reason why Merrick Garland isn’t on the Supreme Court right now and why Trump was able to appoint a record number of judges during his term.

But, with the GOP’s failure to win a majority in the Senate in the 2022 midterm elections — in a year where all the fundamentals were great for the GOP, it’s become clear that Trump is right; the McConnell era is over, and we need new blood to lead the GOP.

McConnell is currently facing criticism for devoting resources away from critical Senate races to defend Sen. Lisa Murkowski (R-Alaska) from Republican challenger Kelly Tshibaka instead of helping Republican Blake Masters in Arizona, who was outspent by Sen. Mark Kelly (D) 5-to-1.

Several Republicans feel that McConnell’s recent leadership has been disappointing and new blood is necessary. According to Politico, several Republican senators are calling for GOP leadership elections to be delayed. Sen. Rick Scott (R-Fla.) was reportedly interested in challenging him for the leadership position but has since backed out. Sen. Ted Cruz (R-Texas) thinks the elections should be delayed until after the Georgia runoff.

“It makes no sense for Senate to have leadership elections before GA runoff,” he tweeted. “We don’t yet know whether we’ll have a majority & Herschel Walker deserves a say in our leadership. Critically, we need to hear a specific plan for the next 2 yrs from any candidate for leadership.”

It makes no sense for Senate to have leadership elections before GA runoff.

We don’t yet know whether we’ll have a majority & Herschel Walker deserves a say in our leadership.

Critically, we need to hear a specific plan for the next 2 yrs from any candidate for leadership.

As someone who has defended McConnell in the past, it is clearer than ever that the GOP needs fresh blood in order to adapt and remain competitive before it’s too late. I’m under no illusions that if McConnell wants to be the minority leader, he’ll be reelected. How many times in the past have we heard rumors of dissension in either party’s leadership elections, only for the status quo to be maintained? Every. Single. Time. How many times have there been rumors that House Democrats weren’t happy with Nancy Pelosi, yet they still elected her Speaker of the House? It’s been more than once.

So will McConnell remain as Minority Leader in the Senate? Most likely. But I strongly believe it’s time for the GOP to move on. Yes, McConnell deserves a lot of credit for fighting and winning tough battles in the past, but the GOP has to start playing the long game and get some fresh blood in the leadership. The failure of the GOP to win back control of the U.S. Senate this year is all the proof we need of this.

Alyssa Milano says she needs therapy over Twitter — even ‘The View’ hosts find her RIDICULOUS
‘Pelosi in the House’ Marks New Low for Media Bias
Newsmax’s Chris Salcedo Slams Media for Silence on Dem Anti-Semites
‘Nothing less than child abuse’: Tulsi Gabbard blasts Biden for his role in helping drive 389% increase in mastectomies on little girls
Masked robbers face no resistance, easily steal $35,000 in products from crowded Apple Store. One crook reportedly threatened violence against anyone trying to stop them.