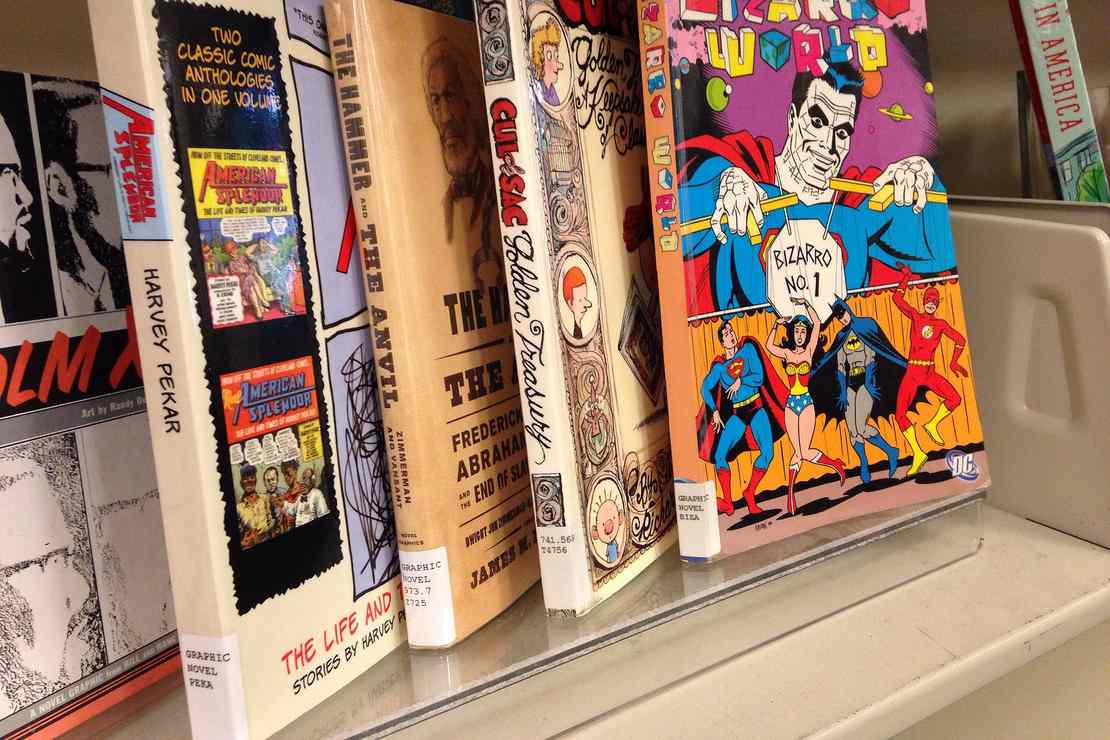 School districts under fire from parents have been known to engage in draconian tactics to silence and censor their critics. In Owasso, Okla., a school district has attempted to ban a father, Tim Reiland, from coming onto school property over what they claimed were two “incidents” in the parking lot after a contentious school board meeting where Reiland spoke out against the administration having a pornographic book on the shelves for 18 years. Reiland found out about the book when his daughter brought it home.

Libs of Tik Tok broke the story on Twitter.

The principal responded by calling the police and the father being BANNED from school grounds. pic.twitter.com/NIS9tPwdfa

The book Blanket depicts sexually violent and graphic scenes that are hard to even describe. There are children forcibly urinating on one another and in what looks like forced sexual situations. The book is supposed to be for adults but somehow ended up in a school for the last 18 years. I started digging into this story after I saw the tweet and I recorded my investigation including calls to the school and police.

According to the letter that Reiland received from the school two days after the meeting where he spoke against the school policy, he is banned permanently from school grounds and sports activities.

PJ Media reached out to the school asking what the incidents were but could not get Coates on the phone. We received a statement from media spokesperson Jordan Korphage that said, ” As this is an ongoing legal matter with Mr. Reiland pursuing action against the district, I am not able to provide specific details of the incident following the Oct. 10, 2022, school board meeting at this time.”

Korphage did provide some detail in the statement:

The parent brought a book to our attention on August 24, it was removed immediately and remains out of circulation. This parent’s suspension from school property has nothing to do with him voicing his concern regarding our library material, rather it is in response to an incident in the Education Service Center parking lot following the October Board of Education meeting. Every employee, student, volunteer, and visitor to our campus should never have to question their safety or be treated in a harassing manner, whether before, during, or after attending a school activity.

Reiland told PJ Media that the removal of the book wasn’t good enough because the policy that allowed it to be there in the first place was not changed. Coates herself spoke before the public comment on October 10 and reiterated that the policy of book selection would not change and denied that their policy had anything to do with the pornographic book being available to students.

In emails between Reiland and administrators over this issue, the school stuck to the American Library Association talking points, claiming that they would follow all laws and that because the book was not illegal, therefore, they did nothing wrong. “While the books in question now and in the future may be questionable in content to some, they are not illegal,” wrote school board member Neal Kessler. He then reiterated that the school’s policy in which parents may raise concerns about a book after their child has been exposed to it would continue.

This is not what parents want.

Reiland replied to Kessler with what many parents are feeling toward school administrators these days who don’t protect their children.

Your assertion is that children should be allowed to see any kind of pornographic material you can hand them (whether it’s scat, urolagnia, hypoxphilia, child, bestiality, or rape porn) and that the only way anyone from the community can fight against that disgustingness is by filling out paperwork AFTER their child has already read it. Or, the parents are supposed to be your librarians and keep an eye on every single book that is purchased by every single district, then PURCHASE those books (given that multiple principles at this point have expressed to me, explicitly, that I am not allowed in your libraries), read them in totality, and “maybe” you’ll remove them from the school.

Here’s the thing, Neal. You exposed my daughter to filth. Your district handed my daughter a book with urolagnia, child rape, child porn, and all manner of disgusting displays of human depravity. I spent fifteen ****ing years working hard to filter that kind of nasty sh** from my internet and from my TV while she grew up. I spent hundreds of dollars on infrastructure in my home to ensure that sh** couldn’t be viewed in my home. And I sent my child to your school because I was under the impression that pornographic material (like what you’d see in some Hustler magazines…) was not allowed in school.”

These communications between Reiland and school administrators are numerous. But what about the “incidents?” Surely, if an incident was scary enough for the superintendent to say that Reiland’s presence in the school makes students unsafe, it would have been reported to the police!

PJ Media called the Owasso police and was told there were no reports of any incident on the night of Oct. 10, 2022. We also obtained security camera footage of one incident in the parking lot that led to Reiland’s banning. Reiland says he was standing next to his car with another father after the meeting when local reporter Art Haddaway came toward the car behind Reiland. As he approached, Reiland says he asked Haddaway if he wanted to interview him for his story. Haddaway refused the offer, and Reiland asked him why since his job is to report all sides of an issue. Reiland said Haddaway ignored him, got into his car unimpeded, and left. That was the entire incident. PJ Media reached out to Haddaway to ask why he was “intimidated” by this exchange but received no response.

#OwassoSchoolDistrict has some explaining to do. Here is the incident with the father who was banned from school grounds and called “unsafe” around students by Margaret Coates. I reached out to the reporter involved for a statement. He has not responded. pic.twitter.com/FB0Mw6kcAh

A perusal of Haddaway’s reporting didn’t find any articles about the controversial school board meeting where three fathers spoke up about the explicit books, though Haddaway was in attendance for the Tulsa World.  School officials appear to have updated the policy on books since the press got hold of the story. The language that has been added to the policy includes that the selection program “shall be reflective of the community standards” and will take into consideration “age-appropriate” concerns when choosing materials. They have also added that every graphic novel will be inspected for “potential material including graphic sexually explicit content and extreme vulgarity.”

BREAKING: After my report about pornographic books in @owassoschools, they added this to their next meeting agenda.

They will vote on a new policy which details additional guidelines for inspecting library books and graphic novels prior to placing them in the school library. https://t.co/wNcVnTMqel pic.twitter.com/AmztJ4yJf9

“That’s all I asked them to do,” Reiland told PJ Media. But no amount of protest from the families had successfully gotten through to the board until the national press got involved.

The second incident that the District mentioned in the letter to Reiland was a short conversation with a board member in the parking lot where Reiland said the school policy was “f*cking bullsh*t.” There was no physical altercation of any kind, and surveillance footage confirms that. A judge has already ruled on that incident and issued a temporary restraining order against the Owasso School District that restrains them from keeping Reiland off school property until the hearing on Monday.

Reiland is the host of a YouTube podcast called “Loud Mouths,” where he sometimes uses salty (and totally protected) language to comment on the news of the day or other issues important to him. It is possible that this platform concerns the school because Reiland has used it to speak out against district policy. Shutting him up could be top on their list for the exposure he gives to their mistakes. But should a government entity be able to target an outspoken parent in America?

The judge ruled that Reiland was within his rights to express himself with profanity and that it was covered under his first amendment rights. OCPA reported:

Reiland sued, arguing his First Amendment free-speech rights have been violated by the school. This week, U.S. District Judge John F. Heil agreed to issue a temporary injunction that prevents the school from restricting Reiland’s access to school property, finding that Reiland “is likely to succeed on the merits of his First Amendment claim and this factor weighs heavily in favor of granting preliminary injunctive relief.”

“It is well established that the right to criticize public officials and the right to ‘petition the Government for a redress of grievances’ are protected activities under the First Amendment…” Heil wrote. “Plaintiff’s criticism of the Board’s decision as ‘f—ing b——t,’ while vulgar and arguably unnecessary, is protected speech.”

“Under Defendants’ ban, Plaintiff is no longer able to attend OPS Board meetings or meet with OPS Board members on OPS grounds, thus chilling Plaintiff’s ability to criticize Board decisions and to ‘petition the [Board] for a redress of grievances,’” Heil wrote.

After the ruling, the board rescinded its ban against Reiland for the swearing incident but upheld its ban over his exchange with Haddaway. Reiland and Owasso School District are set to battle it out in court on Monday to see if the TRO will be turned into a permanent injunction against the school or if the school will be allowed to ban Reiland over talking to a reporter in the district parking lot.

One thing is certain: the Owasso School District has created a chilling effect by launching a legal war on Reiland that other parents who are less able or willing to battle it out in court will take note of. This effect will scare parents who might otherwise speak out against school policies but will now be silenced through fear of lawyer’s fees they can’t afford. It is unconscionable that schools can exercise their power in this way against critics, and they should pay a hefty price for doing it to Reiland.

PJ Media will continue to follow and update this story as it unfolds.