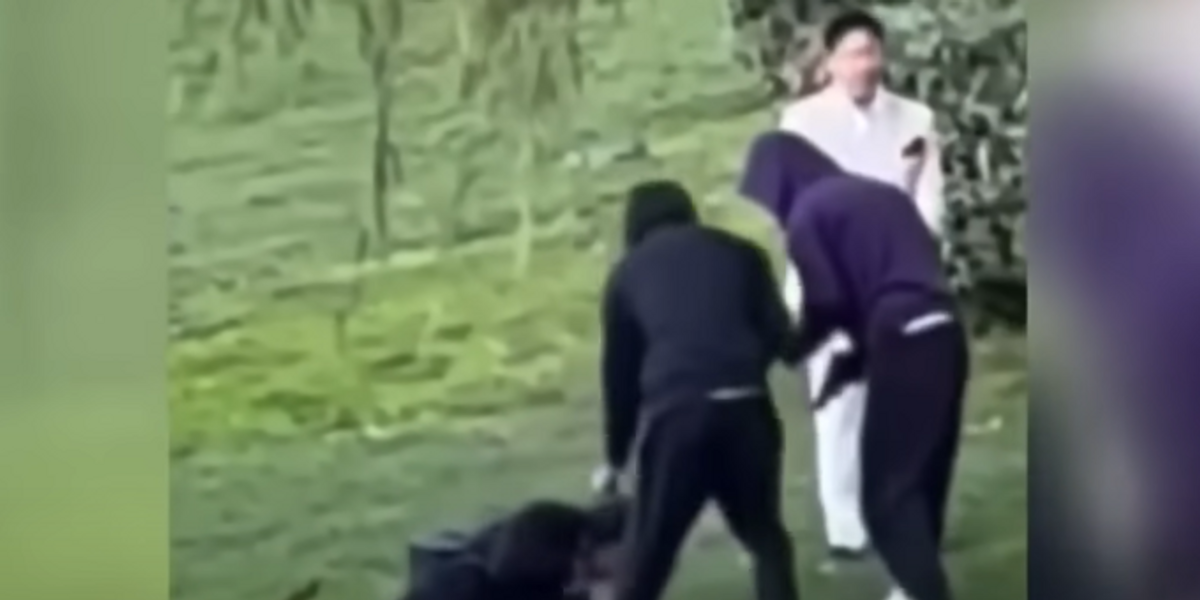 The latest crime being committed in San Francisco is thugs targeting photographers who are shooting engagement photoshoots. Two such robberies were attempted on Wednesday afternoon in broad daylight with numerous witnesses.

Two photographers shooting outside the romantic Palace of Fine Arts in San Francisco were the targets of armed thieves.

A photographer from Dallas, Texas, flew into San Francisco to shoot an engagement photo session for a couple around 4:40 p.m. on Wednesday. Suddenly, two armed and masked men attempted to steal the photographer’s expensive camera equipment at gunpoint. There were reportedly dozens of witnesses, but nobody intervened.

Video shows the photographer fighting back, but the robbers pistol-wiped the man. The photographer was able to hold onto the camera equipment and the attempted robbers fled the scene empty-handed.

The victim suffered injuries and was bleeding from his head.

The photographer – who wished to not be named in fear of retaliation – told ABC7 News, “I was just freaked out. I tried to protect the client’s memories. The bride was crying the whole time.”

The photographer – who is a new father – vowed to never shoot at the Palace of Fine Arts again, and is warning others to steer clear of the area.

Earlier in the day, another photographer was robbed. Video shows that the suspects could be the same duo in the engagement photoshoot attempted robbery. In this robbery, they are seen stealing a bag of camera equipment and bringing it to their car waiting in the middle of the street.

Both violent incidents were reported to the San Francisco Police Department, but no arrests have been announced.

San Francisco-based wedding photographer Monica Lam shooting at the Palace of Fine Arts said, “I was just scared. Yeah, I was scared. I was very nervous coming here today, I didn’t know what to make of it.”

Liam noted, “It does change things for me for sure. I think possibility next year, I won’t have that many shoots in San Francisco anymore.”

“Just watching kind of like the struggle and everything. I just felt for him. I felt for the couple because I know that they felt helpless,” said Liam.

In March 2021, a TV news crew was robbed in broad daylight in San Francisco.

u201cI also interviewed to a Bay Area photographer who took this video earlier in the dayu2014 also at the Palace of Fine Arts. nnHe believes itu2019s the same suspects. In this case the photographer lost a lot of gear. You can see a suspect running away with it. #SanFranciscou201d