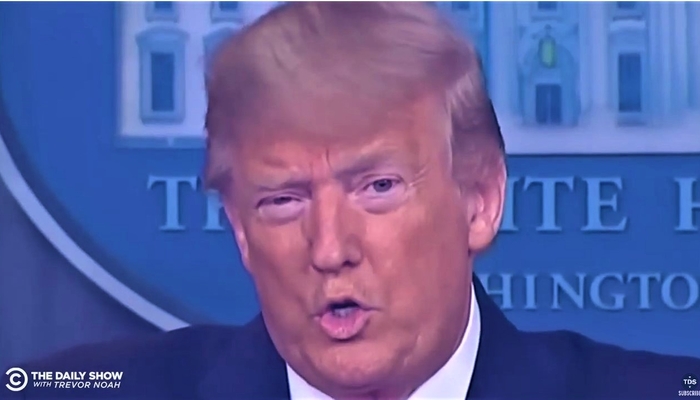 I was interviewing Mr. Trump for a profile in The American Spectator. And along the course of the conversation his possible run for president in 2016 was discussed. One question I posed was about the media, the media which had been seen by many in the GOP base as hostile to any and all Republican presidential nominees. With the additional view by that base that their nominees didn’t fight back.

If you run and are nominated, I asked Trump, would you fight back?

Trump began his answer to me by referring to the then-current controversy surrounding Donald Sterling, the then-owner of the Los Angeles Clippers basketball team. Sterling was at the center of a controversy at that time involving his African-American mistress. She had taped Sterling, who is white, making racist remarks. The tape was leaked to TMZ and a serious media blowout was in full progress, with Sterling roundly denounced by anybody close to a microphone, Trump included. Sterling was eventually banned for life by the NBA and fined $2.5 million.

Trump responded to my question by saying:

“Well, I see first hand the dishonesty of the press, because probably nobody gets more press than I do.”

He went on to note that he had been on Fox & Friends when the Sterling topic came up. Trump said that he had “very much lambasted Donald Sterling”, which was true. I had seen the program by chance and he did indeed go after Sterling. At the end of his remarks lambasting Sterling to the Fox hosts he had added, humorously, “On top of which, he has the girlfriend from hell.”

As you can guess, the media ignored his lambasting of Sterling and instead tried to paint his sarcastic joke about Sterling having the “girlfriend from hell” as his response, making Trump appear that he was not blaming Sterling but rather was blaming the girlfriend. Trump was incensed.

The media was utterly dishonest with this coverage of Trump, and after he had blasted the media over the coverage of his Sterling remarks, he went on to say this in his response to my question about Republican presidential nominees not fighting back against dishonest media.

The press is extremely dishonest. Much of it. Some of it I have great respect for, and they’re great people and honorable people. But there’s a large segment of the press that’s more dishonest than anybody I’ve seen in business or anywhere else. And the one thing you have to do is you have to inform the public. The public has to know about the dishonesty of the press because these are really bad people and they don’t tell the truth and have no intention of telling the truth. And I know who they are and I would expose them 100 percent. And I will be doing that.

I mean, as I go down the line, I enjoy exposing people for being frauds and, you know, I would be definitely doing that. I think it’s important to know. Because a lot of the public, they think, oh, they read it in the newspaper, and therefore it must be true. Well, many of the things you read in the newspaper are absolutely false and really disgustingly false. When the time came for Trump to run, he took this sentiment and shorthanded it, famously, to two words: “Fake news.” And throughout his 2016 run for the White House and his presidency and 2020 re-election run beyond that his attacks on the “fake news” became a staple. Suffice to say, the American people — most notably his Republican base — got it. And loved it.

Which brings us to next week when the former president has announced that he will announce his 2024 plans – plans that are widely understood to be another presidential run.

This also brings up a media-related question. Namely, is the media now caught in a curious trap?

If they go after Trump, millions of Americans will roll their eyes, sympathetically believing “there they go again picking on Trump.” If, on the other hand, the media reports honestly on Trump, which is to say with coverage that is seen reflecting Trump in a positive light, that will also help him.

What’s a Trump-hating media to do?

The betting here is that, unable to help themselves, the media will reflexively stay in their hate-Trump mode of coverage. Every word he utters, every literal twitch of his brow or curl of his lip will be relentlessly assailed.

Indeed, this has already begun with the Murdoch-owned Wall Street Journal and New York Post. The WSJ labeled Trump “The Republican Party’s Biggest Loser.”  Their sister paper, the tabloid Post, went the mocking route with a front-page cartoon picturing Trump as “Trumpty Dumpty” about to fall from atop his border wall.

The caption: “Don (who couldn’t build a wall) had a great fall – can all the GOP’s men put the party back together again?” The cartoon was accompanied by a fierce takedown from Post columnist John Podhoretz.

In the world that is America today, it shouldn’t be rocket science to understand that millions of Americans see the country divided precisely as the late author and academic Angelo Codevilla wrote in his classic book The Ruling Class: How They Corrupted America and What We Can Do About It.

Codevilla wrote — in 2010, five years before Trump rode down that escalator toward the presidency — that America had become divided between a “Ruling Class” and a “Country Class.” He defined the Ruling Class as, from Atlanta to Seattle, being “exposed to a narrow, uniform set of ideas, and adopted a set of habits and tastes, as well as a secular canon of sacred myths, saints, sins, and ritual language. The class’s chief pretension is its intellectual superiority: its members claim to know things that the common heard cannot.”

The opposite of the Ruling Class is the Country Class — 90% of America. These are the Americans who get up every day and go to work, educate their kids, celebrate old virtues like marriage, hard work and patriotism. They oppose “ever higher taxes and expanding government, subsidizing political favorites, social engineering” etc.  And they particularly cannot abide the haughty superiority of the Ruling Class, viewing the media as epitomizing exactly that.

Who would have thought in 2010 when Codevilla published his book, replete with an enthusiastic endorsement by the late Rush Limbaugh, that New York billionaire Donald Trump would come to be seen in essence as the embodiment of that Country Class? But clearly the man seriously detested by the Ruling Class media today is just that.

Which leaves the mainstream media, as said, on the horns of a serious dilemma. Do they spend their time trashing Trump – and by extension the millions of Americans once tellingly described by Hillary Clinton as “deplorables”? Thereby incensing those deplorables to such an extent that they swarm to Trump’s side?

Or, do they do straight up coverage which would give Trump platforms to amplify his views on the issues of the day – and get him re-elected?

It takes no imagination to think the first path — disdaining Trump — is going to be the media’s seriously reflexive choice, in spite of the help it could give him.