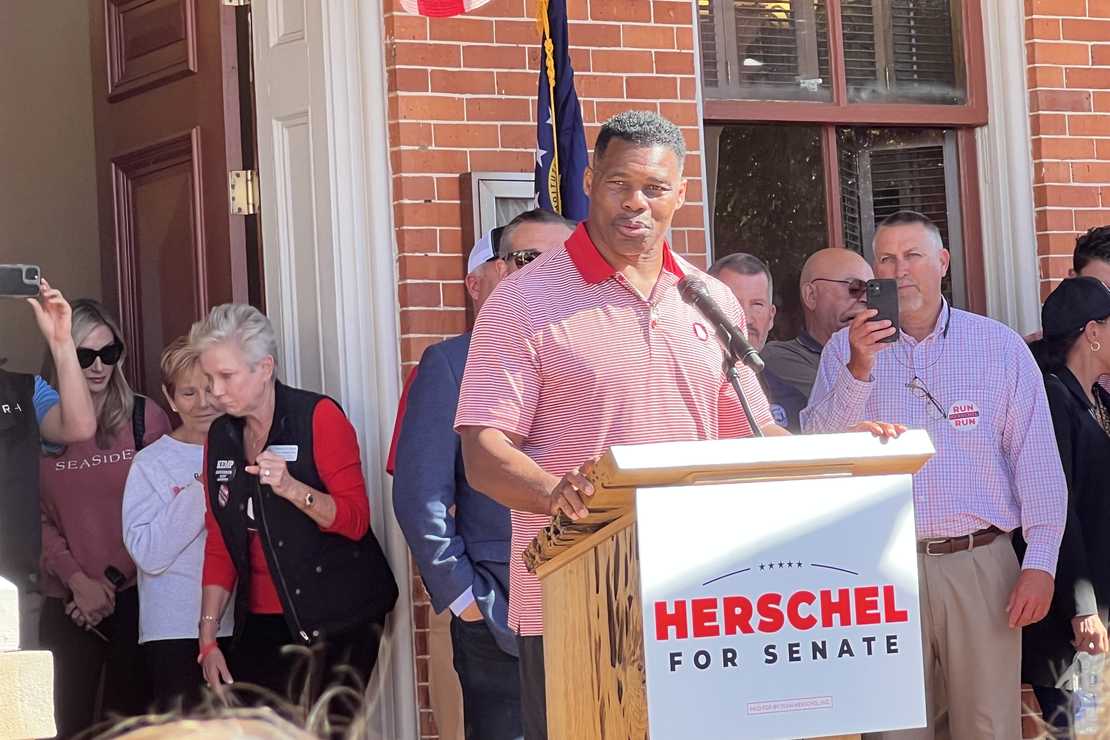 I’m sure you can relate to how deflated I felt last night when, after trailing in the vote count for days, Sen. Catherine Cortez Masto (D-Nev.) has defeated Republican Adam Laxalt, not only winning the race but securing the Senate majority for the Democratic Party. It’s easy to feel too discouraged, but I urge you not to hang up your gloves and crawl back into bed. If anything, you need to feel more emboldened to help Herschel Walker oust Sen. Raphael Warnock (D-Ga.) in the upcoming runoff election.

If Walker wins, the Democrats only have a 50-50 majority, which means that moderate Democrat Sens. Joe Manchin (D-W.V.) and Kyrsten Sinema (D-Ariz.) still have the same power to thwart the Biden agenda. While we’re still looking at a slim GOP majority in the House, their crucial swing votes could be necessary. While both have been reliable Biden votes in confirming judges to the courts, Manchin is up for reelection in 2024 and may be less willing to do so for the next two years. It’s a stretch, but we can hope.

There’s also this scenario: as I previously reported, the GOP is still expected to win back the majority in the House and, according to Decision Desk HQ, have won 210 seats and only need eight more to secure the majority, compared to the Democrats, who need to win 18 seats to fend off the GOP. Other projections have the GOP at 211 seats (Fox News), and 212 seats (RealClearPolitics), as they’ve called more races than DDHQ. As PJM’s Rick Moran reported Sunday morning, CBS News projects the GOP has won 214 seats compared to the Democrats’ 210, which means that the GOP has only to win four more races, while the Democrats have to win eight. The GOP still has leads in enough races to secure that majority, but every race will matter. So we can’t take the majority for granted.

We’ve already experienced enough disappointment this election, but let’s say, hypothetically speaking, that either the Democrats manage to barely retain the majority or that there are enough unreliable Republicans in a razor-thin GOP majority in the House. That means having only one swing vote in the Senate to stall the Biden agenda in the Senate would be crucial. If the Senate is 51-49 after the runoff, we would have to bank on both Sinema and Manchin to buck their party. Going forward, I think Manchin is a more reliable swing vote. Manchin recently slammed Biden over his comments on coal, and if he hasn’t figured this out yet, he soon will learn that the Democrats can’t be trusted to support legislation that is good for his coal energy-reliant state. Manchin also may not even run for reelection, as he’s burned enough bridges with both Democrats and Republicans to be unviable for reelection in a reliably red state.

Kyrsten Sinema has been a modest thorn in the side of Democrats for the past two years. However, she will probably be a less reliable swing vote. Arizona Democrats are infuriated with her for not supporting Biden’s Build Back Better agenda and for refusing to support changing the Senate filibuster rules, so they censured her earlier this year. They have also laid the groundwork to recruit and fund a primary challenger.

Last year, her chances of reelection were seen as slim. She’d probably win reelection in the general election. Still, she’ll have to survive a brutal primary from a well-funded challenger first, and there’s a good chance she won’t unless she makes amends with the liberal wing of the Arizona Democratic Party. If she wants to be reelected, she has at least a year to make amends. Whether she can or not is an interesting question, but if getting reelected is a goal, she won’t be a reliable swing vote.

So it all comes down to Herschel Walker winning the Dec. 6 runoff election and Joe Manchin being the crucial swing vote who can stop the Biden agenda over the next two years. Essentially, it’s the status quo. Sadly, that’s the best we can hope for right now, and it might be all that stops the Democrats from nixing the filibuster or passing radical laws to change our elections.

Herschel Walker has a good chance in the runoff, so please, help him out.

Antifa thugs attack women protesting potential placement of murderous transsexual in women’s prison: ‘These are the kind of men we want to keep out of the prison’
Whoopi Goldberg defends classic ‘Blazing Saddles’ movie from cancel culture
Joe Biden as He Honors U2 at White House Reception: “150 Albums Sold! Among the Most Ever!” (VIDEO)
Tucker SLAMS NBC Covering for Biden’s Decision to Leave Marine Behind
Engineered FAMINE: German farmers ordered to SLASH nitrogen fertilizer usage to comply with EU green tyrants