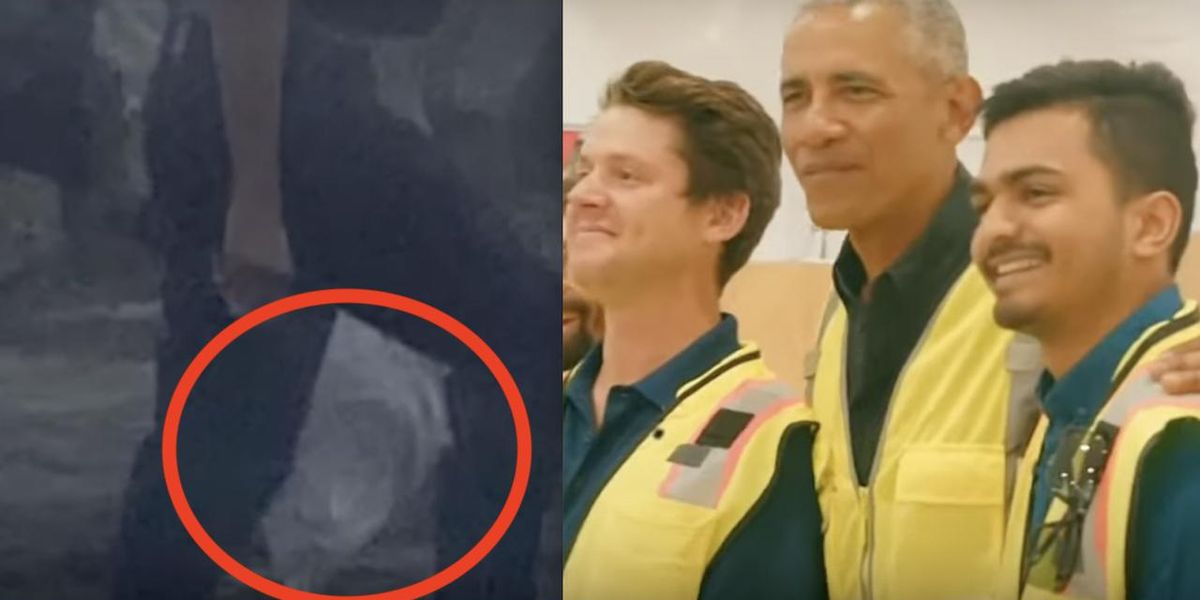 A “noose” was found at the Obama Presidential Center site in Chicago late last week, after which the outfit building the $830 million center immediately halted construction and said it’s holding anti-bias training for staff and workers.

But some notable conservatives are skeptical about the origins of the “noose.”

Lakeside Alliance, which is in charge of the Center’s construction, announced the discovery of the noose — but the circumstances of the discovery weren’t clear, the Chicago Sun-Times reported. The paper added that Chicago police said they were investigating the incident but didn’t release details.

“We are horrified that this would occur on our site and are offering a $100,000 reward to help find the individual or individuals responsible for this shameful act,” a statement from Lakeside Alliance read, according to the New York Post.

Lakeside Alliance consists of four minority-owned firms that have a 51 percent equity stake in the construction management contract, the Sun-Times reported.

“The noose is more than a symbol of racism, it is a heart-stopping reminder of the violence and terror inflicted on Black Americans for centuries,” Democrat Illinois Gov. J.B. Pritzker said in regard to the reported incident, the Sun-Times said. “I condemn this act of hate in the strongest possible terms, and the state of Illinois will make all needed resources available to help catch the perpetrators.”

Democrat Chicago Mayor Lori Lightfoot called the discovery “disturbing” and added that “racism and racist symbols have no place in Chicago, and those inciting it will be held responsible for this repulsive act,” the Sun-Times reported.

Hang on a sec

However, a number of prominent conservatives aren’t so sure the “noose” is legit.

Matt Walsh sarcastically tweeted that it’s “definitely a hate crime. I can’t imagine any other reason why a rope would be on a construction site. Also, this is Chicago. It’s not a place known for hate crime hoaxes.”

u201cDefinitely a hate crime. I can’t imagine any other reason why a rope would be on a construction site. Also, this is Chicago. It’s not a place known for hate crime hoaxes.u201d

Walsh presumably referred to the Jussie Smollett hoax, in which the actor and singer staged a fake hate crime against himself, falsely claiming that supporters of then-President Donald Trump physically attacked him near his apartment in Chicago in the middle of the night in January 2019.

Smollett said the two men wearing ski masks confronted him as he was leaving a Subway restaurant around 2 a.m. in below freezing conditions and yelled “aren’t you that f***ot ‘Empire’ n*****?” before beating him up, putting a rope around his neck, pouring bleach on him, and hollering, “This is MAGA country!” — a reference to Trump’s red “Make America Great Again” hats.

But once a police investigation began, Smollett’s story began to crumble. A jury last December found him guilty on five of six counts of felony disorderly conduct.

Other notable conservatives agreed with Walsh:

The Obama Foundation had some words for the “noose” discovery as well. The Sun-Times reported that it called the incident “shameless,” and that “the act of cowardice and hate is designed to get attention and divide us. Our priority is protecting the health and safety of our workforce.”

While the Obama Foundation said the “operations and construction of the Obama Presidential Center will be entirely funded by private donations,” the former commander-in-chief appeared to offer a different spin on who’s behind it all during last year’s groundbreaking.

“It feels natural for Michelle and me to want to give back to Chicago, and to the South Side in particular. … We will always be grateful for that, and the Obama Presidential Center is our way of repaying some of what this amazing city has given us, but we’re also building this center because we believe it can speak to the struggles of our time,” Obama said, the Sun-Times reported.

Apart from the Jussie Smollett scandal, TheBlaze has reported time and time again about numerous other hate hoaxes in recent years. Here are apparent misunderstandings, shall we say, that involved supposed nooses: