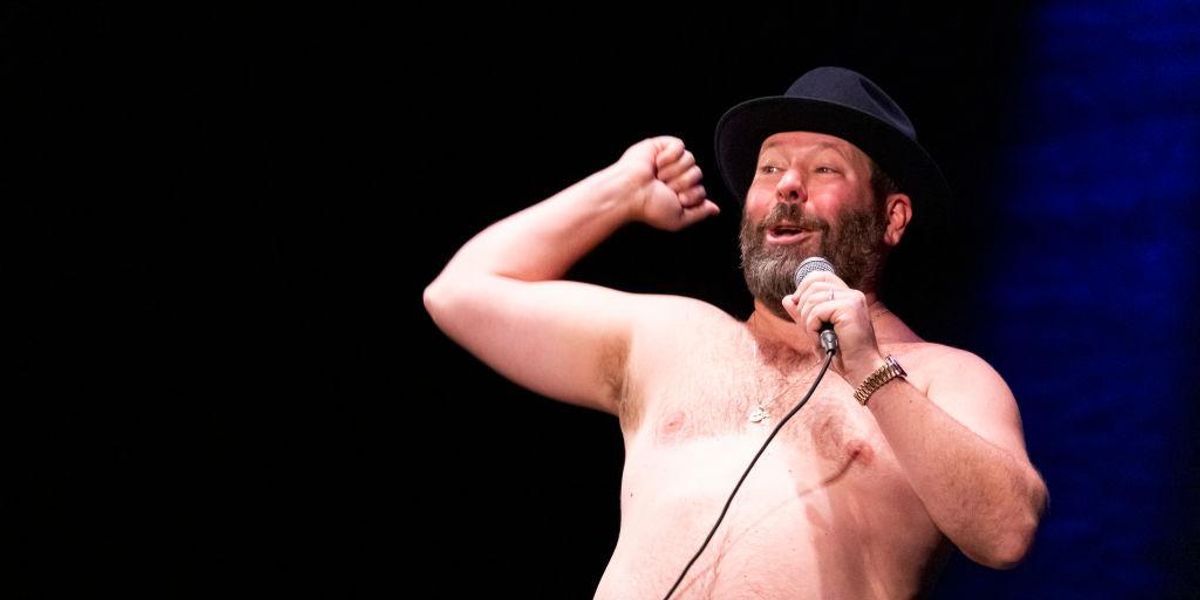 A big-time comedian living in Los Angeles recently learned firsthand the selflessness and the communal spirit of many living in the Midwest when his tour bus became stuck in the snow, and he had to rely on the kindness of strangers to help him out.

On Thursday morning, Bert Kreischer and his comedy tour crew drove into Bismarck, North Dakota, for a performance scheduled for later that evening. However, that show was imperiled — and, ultimately, had to be rescheduled — after Kreischer’s tour bus got stuck in a snowstorm.

Kreischer then took to social media to seek help from local residents.

“Hey Bismarck, if you’ve got a snow plow,” Kreischer stated in a video, “I know you’re probably using it right now, we could use some help.

The Bismarck community responded in spades. George Pehl of Guthmiller and Son Dirt Works was plowing near the state Capitol when he got the call to assist Kreischer and his team.

When Pehl and his “front-end loader” arrived, Kreischer could barely contain his excitement.

“You ask, man…” Kreischer stated, seemingly referencing a biblical quotation he made elsewhere in the video: “Ask and thou shalt receive.”

“This is what our country’s about,” Kreischer continued. “North Dakota showed the f*** up!”

Pehl was glad to help and regretted only that he could not stay with the comedy group longer, but there was more work to be done.

“I wish I would have had more time to visit, but I had to get back to snow removal,” Pehl said while still plowing snow on Friday morning.

And Pehl wasn’t the only North Dakotan to answer the call. Several others showed up with shovels, plows, and liquor to save the bus and spread the cheer. Kreischer made sure to share their faces and, in some cases, the names of local businesses like Dan’s Supermarket to give credit to those who helped and to spread the word about the good people of North Dakota.

Their generous, neighborly spirit was not lost on Kreischer, who is originally from St. Petersburg, Florida, but who now lives in Los Angeles with his family.

“This is my Joe Rogan thought of the day,” Kreischer admitted later in the video. “When you live in a place where Mother Nature is in control, people are nicer.

“Look at them. They’re helping each other out. I hate to say this out loud, but I don’t think you’d see this in L.A. You’d see people looting each other’s houses and be like, ‘Oh man, free car, that’s my car.'”

“Cheers to North Dakota,” Kreischer stated as he stood outside in a blizzard with complete strangers who brought along a Fireball Whisky Party Bucket, a Pabst Blue Ribbon pounder, and a bottle of Swede Hill Apple Pie Moonshine to celebrate with one another as Kreischer’s bus was pulled to safety.

‘Reckless driver’ crashes truck into two cars at a Walmart. Police said it was a dog with a ‘guilty look’ on its face.
Manufacturing consent: How engineered famine will have the masses BEGGING for FEMA camps
Failed Candidate Stacey Abrams Now Pushing For Position At The Federal Communications Commission
CNN Host Laments HIV Patients Not Allowed to Donate Blood
It Is Time to End the COVID-19 Vaccine Mandates