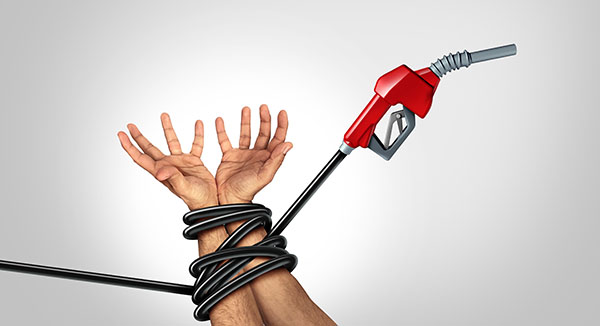 (Natural News)
The COP27 globalist gathering that recently took place in Egypt came with open calls for a global phase-out of, and eventual ban on, all fossil fuels. Were this to actually happen, billions of people would die.

A tiny, failing island in the South Pacific called Tuvalu (ever heard of it?) made the proposition using the following quoted statement:

“We, therefore, unite with 100 Nobel Peace Prize laureates and 1000s of scientists worldwide to urge world leaders to join the fossil fuel Non-Proliferation Treaty, to manage a just transition away from fossil fuels.”

One wonders: what does Tuvalu mean by the term “just transition?” Is ending most human life on earth considered by the globalists to be the “just” thing to do? Because that it what eliminating all fossil fuel usage would do. (Related: Without fossil fuels, there will be no more fertilizer to grow food.)

Fossil fuels are essential to not only the economy but also the continuity of civilization itself. The current global population is far too high to be sustained with Stone Age-era techniques of living, growing and catching food, and propagating.

“A tiny population, no greater than a couple of million people maximum, would know how to go back to living in caves and the Stone Age,” reports Zero Hedge.

“They’d have to scrape by and find food for themselves where they could. These people would survive. Everyone else. You’re pretty much gone. And that’s not exaggerating.”

Tuvalu is actually GROWING, not shrinking

Tuvalu happens to have an axe to grind as the island is slowly disappearing. It is unknown precisely why it is disappearing, but as is usually the case “global warming” is taking the blame.

Globalist politicians insist that human activity like growing food, driving a car, and raising livestock are causing planetary temperatures to rise, which in turn is causing ocean levels to rise and flood countries like Tuvalu.

The United Nations (UN), one of the hosts of COP27, seems to be in agreement that fossil fuels should be eliminated, even though it has never conducted a cost-benefit analysis on the prospect.

Let us assume, without any evidence, that Tuvalu could be saved by erasing fossil fuel use from the global economy. Would it really be worth it if, say, two billion people elsewhere have to die in order to make it happen?

“I understand that the members of Gilligan’s Island have formed a strong attachment to their home, but if I had to choose between sacrificing a strip of land or saving 2 billion people, I would go with the latter,” Zero Hedge says.

The reality is that Tuvalu’s fate is just the cover story for a global depopulation plan that is being disguised as well-meaning efforts to fight “climate change.” This is the simplest and most straight-to-the-point explanation as to what is going on.

“They don’t like that the plebs are using their air, their fuel, their farmland, their food, their water or and if you look at the dollar, it’s theirs too,” wrote a commenter.

“Half of the planet will die in six months if fossil fuels are banned,” added another. “Maybe that’s their goal.”

Someone else shared a “fact check” article published in 2018 confirming that Tuvalu is not, in fact, shrinking as was claimed at COP27. To the contrary, Tuvalu is growing in size, which completely debunks the anti-fossil fuel narrative.

“These people are serious and they’re not hiding their intentions,” wrote another about how the globalists now operate right in plain sight.

The “green” agenda is all about depopulating the planet. To learn more, visit Genocide.news.