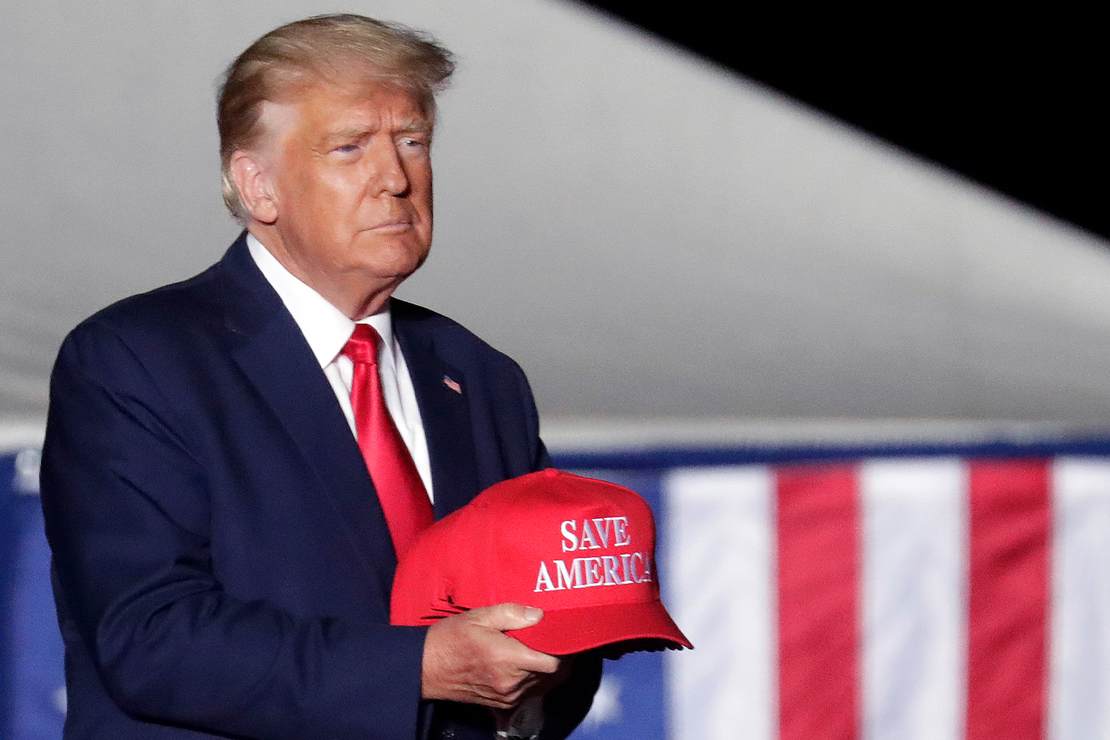 After a mediocre-at-best midterm election, Donald Trump is coming in for the lion’s share of the blame for the GOP’s inability to win the Senate. And while Republicans are expected to get control of the House, their anemic majority will cause them all sorts of problems down the road.

Rightly or wrongly, Trump is being blamed. It would have been interesting to see what would have transpired if the GOP’s red wave had materialized and Trump had been seen as triumphant. Then, tonight’s announcement by the former president—reportedly that he’s running again—might have generated a lot more excitement.

Instead, there is trepidation among many Republicans — even formerly strong Trump supporters.

Be that as it may, Trump isn’t relinquishing his leadership mantle anytime soon. DeSantis is going to have to pry it from Trump’s cold, dead hands.

That’s just another way of saying Trump will not go quietly into that good night. There will be no “graceful exit” for Donald Trump, no matter how many primaries Ron DeSantis or other Republicans might win. The former president knows there are tens of millions of Republican voters who will back him to the end.

And where will that “end” be? It won’t be on stage at the convention with Trump shaking hands with whichever Republican comes out on top. It may be in an independent run for the presidency, which would destroy Republican chances of defeating Joe Biden or any other Democrat in 2024.

Trump will carry his war against the GOP establishment as far as he can. And it looks like he’ll do it without Fox News and the Rupert Murdoch media empire at his side.

After the Republican party’s disappointing performance in the US midterm elections, in particular the poor showing by candidates backed by Trump, Murdoch’s rightwing media empire appears to be seeking a clean break from the former president’s damaged reputation and perceived waning political power.

Last week, Murdoch’s influential media empire, including right-leaning Fox News, his flagship paper the Wall Street Journal, and the New York Post, each rounded on Trump, calling him a loser and a flop responsible for dragging the Republicans into “one political fiasco after another”.

Will that really matter? Trump has other media avenues to reach his supporters. And given his status as a former president, he will draw coverage — negative and positive. Not only that, the major mainstream media outlets will cover him at the same time they are warning that Trump is a “threat to democracy.” They will dwell on his speeches, dissect his every utterance — just as they did the four years he served as president.

And in return, they got boffo ratings.

The GOP establishment feels emboldened by a weakened, wounded Donald Trump. And people like former Trumper Chris Christie are taking their shots.

Christie addressed a room full of hundreds of people — Republican governors, high-level donors and consultants — at a hotel in Orlando, less than 200 miles north from the Mar-a-Lago resort where Trump is expected to make his announcement Tuesday night.

Christie, a former Trump ally who is now considering his own 2024 presidential campaign, said voters “rejected crazy” in the 2022 midterms and that Republicans lost because of bad candidates.

But he didn’t just harp on last week’s disappointing results: Republicans lost in 2018, 2020 and 2022, Christie said, with Trump the one constant who has weighed the party down across all three election cycles.