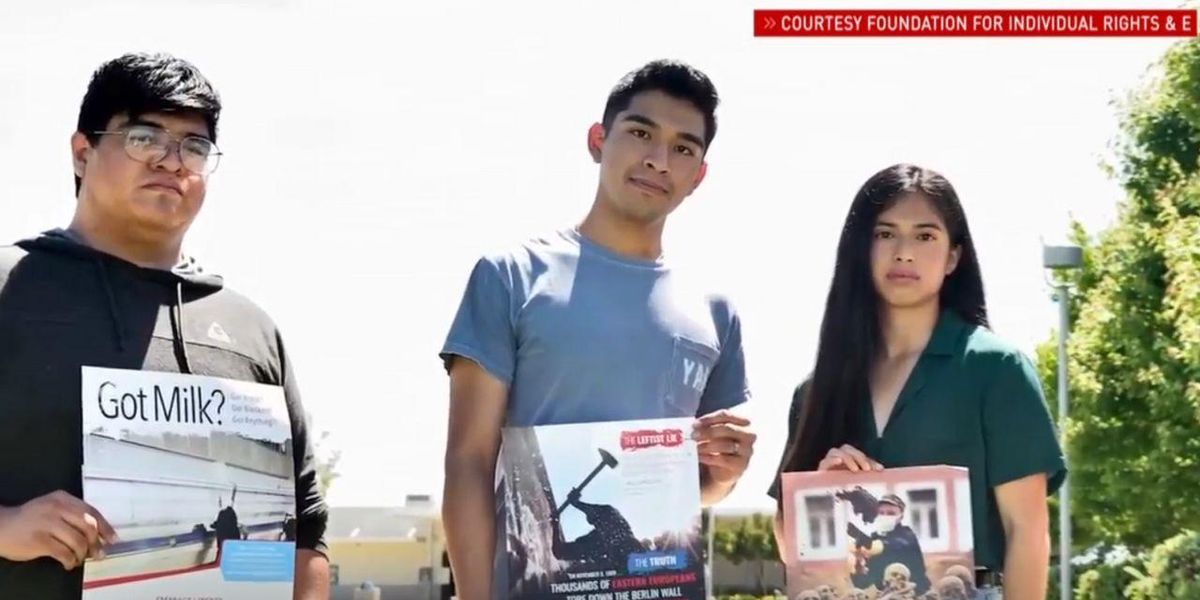 On October 14, a California judge ordered a preliminary injunction preventing a community college from censoring student flyers on campus after a group of students filed a lawsuit against school officials over alleged discrimination, the College Fix reported.

The Foundation for Individual Rights and Expression filed a lawsuit against Clovis Community College in Fresno, California, in August on behalf of three students involved with the school’s Young Americans for Freedom chapter.

The lawsuit alleged that the students were discriminated against when Clovis president Dr. Lori Bennett ordered the removal of anti-communist flyers they had posted around campus in November.

According to Fox News Digital, one of the flyers included imagery of skulls and bones and read, “Leftist Ideas: ‘Progress’ that always leads to death.” Additionally, the flyer included data on the number of people killed in countries that have fallen under “progressive social movements.”

The lawsuit stated, “Administrators of public colleges cannot ban a student group’s flyers because some found the message inappropriate or offensive.”

Last month, U.S. District Judge Jennifer Thurston ordered a preliminary injunction that stated school officials could not prevent students from posting flyers because of potential “inappropriate or [offensive] language or themes” while the legal battle continues.

“The preliminary injunction order is good news for the Plaintiffs (our clients), because it means that while the case is pending, Clovis can’t enforce its ban on inappropriate or offensive language against student flyers,” Jeff Zeman, a FIRE attorney, told the College Fix.

“This is a big win for the plaintiffs. … We’ve also asked that, at the end of the case, the court grant a permanent injunction,” Zeman added.

The plaintiff and Young Americans for Freedom chapter President Juliette Colunga told the news outlet, “The judge’s ruling on the preliminary injunction is absolutely a great step in the right direction for us, but the fight is not over at all. We will continue to stand up and fight for our free speech.”

Clovis Community College did not reply to a request for comment from Fox News Digital or the College Fix.

Alex Jones is Releasing His Own Bourbon Called ‘Conspiracy’
What I am thankful for this year: Christ’s unimpeachable victory over sin and death
Musk Says De-platforming Trump Was A ‘Grave Mistake’
Homeschool your kids — they may be thankful that you did
Sellin: If Corrupt Tyrants Intend to Govern Illegitimately, Then Stand Up Against the Tyrants