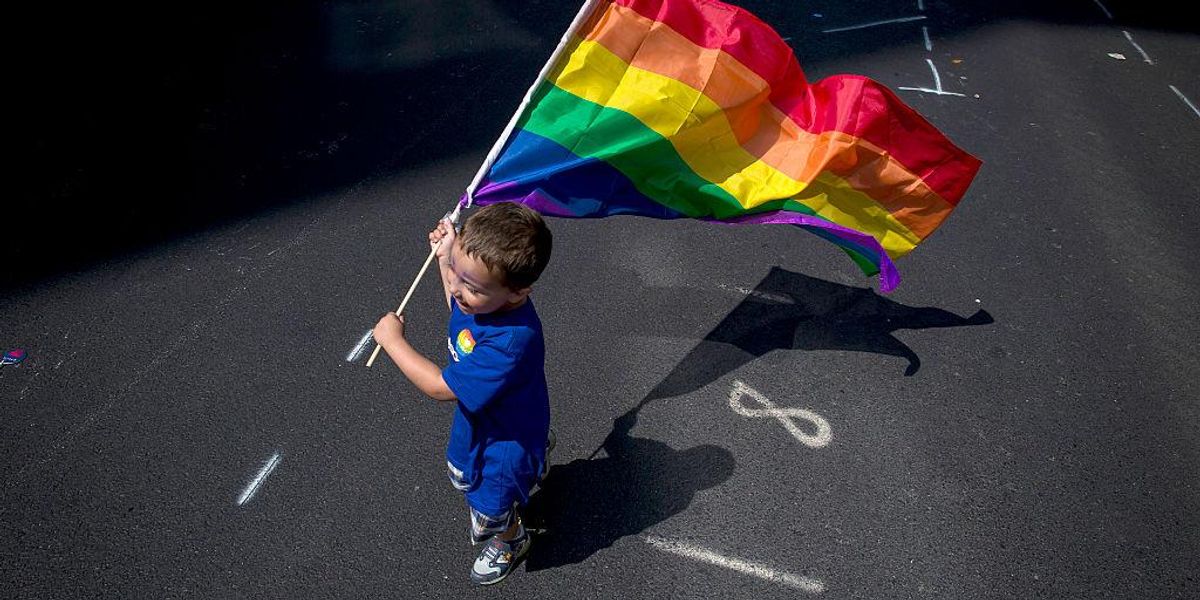 The largest school system in Maryland has unveiled a new book list loaded with LGBT-activist propaganda aimed at elementary schools and tailored to children as young as 4. The objective of the sexual content is to “reduce stigmatization and marginalization of transgender and gender nonconforming students.”

Fox News Digital reported that a recent Montgomery County Public Schools PowerPoint presentation referenced a set of activist books that will be distributed to classrooms, from pre-kindergarten through fifth grade. The books seek to undermine the concept of a gender binary at an early age and immerse children in the vernacular of LGBT activists, teaching toddlers words like “drag queen” and “intersex.”

u201cMCPS ES Principals: this book is part of the newly released LGBTQ-inclusive curricular materials to supplement BENCHMARK ELA; letu2019s all make sure Teachers/Reading-Specialists have the resources to successfully implement!u201d

Pre-kindergarteners will read or be read “Pride Puppy!” a book about a young child celebrating “Pride Day” with his grandfather. It is touted as an “affirming and inclusive book that offers a joyful glimpse of a Pride parade and the vibrant community that celebrates this day each year.

Kindergarteners (i.e., children ages 5 and 6) will take a break from learning to tie their shoes and mastering the alphabet to read “Uncle Bobby’s Wedding,” a book about a gay wedding.

Move over, “Clifford the Big Red Dog.” First-graders will read “Intersection Allies,” a “gleeful entry into intersectional feminism for kids … offering an opportunity to … connect to collective struggle for justice.”

After a few years, kids in the MCPS district will be ready for “Born Ready: The True Story of a Boy Named Penelope,” a book about the black transsexual son of the activist chair of the Human Rights Campaign Foundation Board.

Shaping the confused minds of tomorrow

It’s not enough that the books are in the curriculum. MCPS wants to make sure the message is getting across.

MCPS pre-K teachers were provided with a resource guide linking them to the Human Rights Campaign Foundation’s glossary of “LGBTQ+ words.”

Accordingly, teachers can provide toddlers with activist-approved definitions for words such as: “non-binary”; “transgender”; “pansexual”; “cisgender”; and “gender expression.”

The glossary tells teachers how to frame several of the words and concepts at different grade levels. For instance, for “sexual orientation,” the HRCF tells indoctrinaires that “you might say who you love or are attracted to.”

If, for example, a student says, “They can’t get married, they’re both men,” the teacher is prompted to respond by saying, “When people are adults they can get married. Two men who love each other can decide they want to get married, be a family and care for each other.”

Teachers are instructed to “disrupt the either/or thinking” and emphasize that “people of any gender can like whoever they like. People are allowed to like whoever they want” and that pleasure should be the determining factor behind students’ choices pertaining to the clothes they wear, the books they like, and the play they engage in.

MCPS told Fox News Digital that the readings are not mandatory and that families will be notified ahead of their full implementation. Notwithstanding the MCPS’ claim, the “Sample Responses to Caregivers‘ Questions” suggest otherwise.

In response to the question “Why can’t I opt out of this just like I can for Family Health & Life?” the stock reply is, “In these picture books and discussions students are learning about the diversity of identities that exits in the world and in our classroom. … All children and their families deserve to see themselves and their families positively represented in our school community.”

Parents who suggest that their kids are “too young to be learning about gender and sexuality identity” are to be told, “Children are already learning about it and mostly see ‘straight’ and ‘cisgender’ representation around them. … By learning about the diversity of gender, children have an opportunity to explore a greater range of interests, ideas, and activities.”

The guide suggests that educators ought to tell parents who ask about keeping their children home that LGBT content will be “embedded throughout” and not only in specific instances — in other words, that it’s unavoidable.

While MCPS seeks to expose children to LGBT activist rhetoric at an early age, it also provides them with an incubator for their resultant identity crises.

Montgomery Community Media reported that on Nov. 9, MCPS hosted a workshop entitled “Supporting Transgender Students.” The workshop ran students, guardians, and teachers through the Montgomery County Board of Education’s Gender Identity Guidelines, which MCPS adheres to.

It is clear from the guidelines that MCPS, which reportedly saw a 582% increase in the number of students identifying as “gender nonconforming” in the past two years, is willing to keep parents in the dark about their kids’ “gender support plan[s].”

The document states, “Prior to contacting a student’s parent/guardian, the principal or identified staff member should speak with the student to ascertain the level of support the student either receives or anticipates receiving from home. In some cases, transgender and gender nonconforming students may not openly express their gender identity at home because of safety concerns or lack of acceptance.”

In the event that parents may not be on board with the school district playing into their child’s dysphoria, “Student Welfare and Compliance (SWC) should be contacted.”

In such cases, “staff will support the development of a student-led plan that works toward inclusion of the family, if possible … and recognizing that providing support for a student is critical, even when the family is nonsupportive.”

According to MCPS’ guidelines, staff are not to disclose information “about a student’s transgender status, legal name, or sex assigned at birth” to their parents or guardians.

In an effort to hide a student’s confusion from their parents, the guidelines recommend covering up the school-home gender identity disparity: “Unless the student or parent/guardian has specified otherwise, when contacting the parent/guardian of a transgender student, MCPS school staff members should use the student’s legal name and pronoun that correspond to the student’s sex assigned at birth.”

In August, a judge dismissed a complaint against the MCBE and MCPS, which alleged that the previous version of these guidelines were designed to bar parental involvement “in a pivotal decision” in their kids’ lives and constituted a violation of both the parents’ state and constitutional rights.

The Washington Post reported that Obama-nominee Judge Paul W. Grimm of the U.S. District Court for the District of Maryland sided with the MCBE’s arguments that the guidelines “are certainly rationally related” to achieving the MCBE’s “legitimate interest in providing a safe and supportive environment for all MCPS students, including those who are transgender and gender nonconforming.”