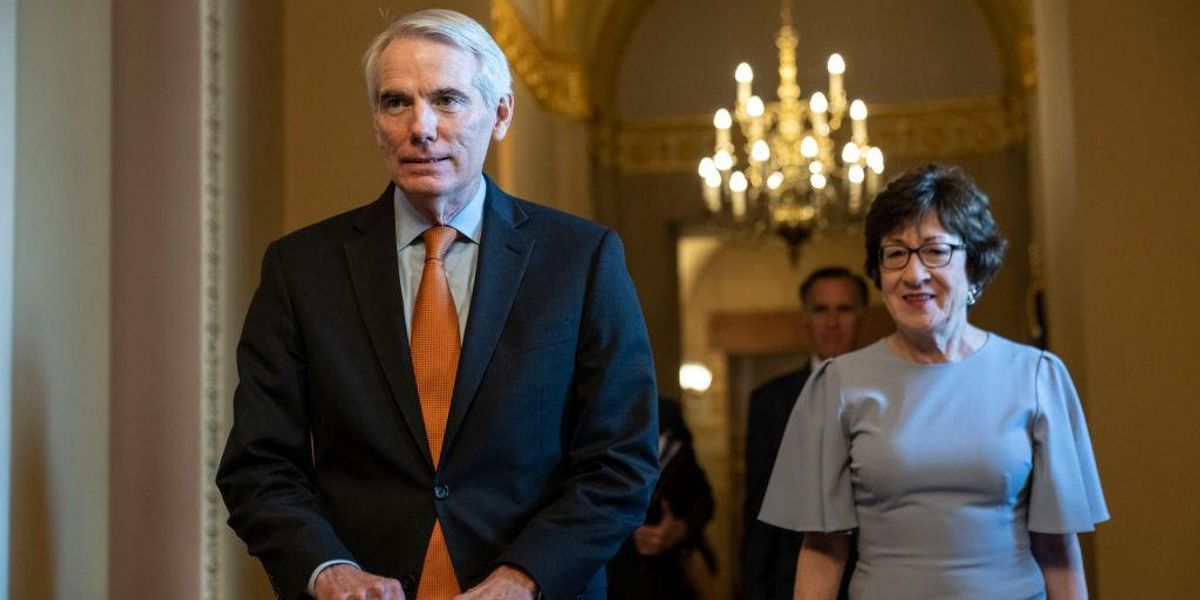 Several Senate Republicans are prepared to join Democrats in approving a measure that would help advance the pro-gay marriage agenda.

While the Supreme Court already forced all states to allow and recognize same-sex marriages in its 2015 Obergefell v. Hodges decision, earlier this year, House lawmakers, including dozens of Republicans, passed the Respect for Marriage Act, a measure that would enshrine into law a prohibition against states refusing to recognize marriages from other states on the basis of factors such as sex and race.

The legislation would bar states from denying “full faith and credit to any public act, record, or judicial proceeding of any other State pertaining to a marriage between individuals, on the basis of the sex, race, ethnicity, or national origin of those individuals,” according to the measure.

A bipartisan group of senators is pushing an amendment to the Respect for Marriage Act, which includes language that is supposed to protect religious liberty. Those lawmakers, who include GOP Sens. Rob Portman of Ohio, Susan Collins of Maine, and Thom Tillis of North Carolina and Democratic Sens. Tammy Baldwin of Wisconsin and Kyrsten Sinema of Arizona, issued a statement promoting their version of the measure.

“The Respect for Marriage Act is a needed step to provide millions of loving couples in same-sex and interracial marriages the certainty that they will continue to enjoy the freedoms, rights, and responsibilities afforded to all other marriages,” the lawmakers said in the statement. “Through bipartisan collaboration, we’ve crafted commonsense language to confirm that this legislation fully respects and protects Americans’ religious liberties and diverse beliefs, while leaving intact the core mission of the legislation to protect marriage equality. We look forward to this legislation coming to the floor and are confident that this amendment has helped earn the broad, bipartisan support needed to pass our commonsense legislation into law.”

The Hill reported that GOP Sen. Mitt Romney of Utah said that he would vote for the measure if the religious freedom amendment is added. “If that amendment is attached to the bill, I’ll vote for it,” Romney said, according to the outlet.

If the measure clears the Senate, it will still need to clear the House before heading to President Joe Biden.

Musk: Brain implants ‘ready for humans’ — confident Neuralink could help the blind to see and the lame to walk
‘Distraction…Full of Old News’; KJP Pressed by Heinrich on the Twitter Files
Ex-cop who allegedly killed man on mobility scooter to have manslaughter charge reconsidered by grand jury
Scary video: Raccoon attacks young girl on doorstep — then victim’s ‘very heroic’ mother turns into ‘momma bear’ just in time
Parents say their baby ingested and overdosed on fentanyl left on the ground of family park in San Francisco