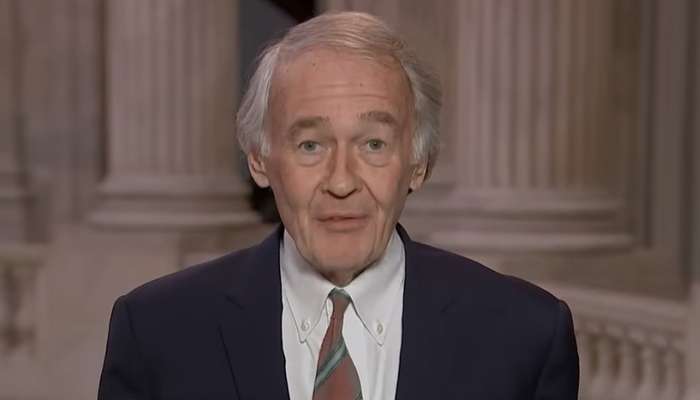 Sen. Ed Markey (D-MA) might need to develop a sense of humor after Twitter owner Elon Musk mocked him on his newly-acquired platform.

The Democrat Senator threatened Musk’s companies with a congressional investigation after a reporter got a fake account of the senator verified on Musk’s new blue check Twitter program.

Markey wrote a letter on Friday demanding answers from Twitter and accusing the platform of becoming “the Wild West of social media.”

The exchange started with the senator tweeting on Friday, “A @washingtonpost reporter was able to create a verified account impersonating me—I’m asking for answers from @elonmusk who is putting profits over people and his debt over stopping disinformation.” Musk had a cheeky response: “Perhaps it is because your real account sounds like a parody?” Markey sent Musk a seeming threat on Twitter, “One of your companies is under an FTC consent decree. Auto safety watchdog NHTSA is investigating another for killing people. And you’re spending your time picking fights online. Fix your companies. Or Congress will.”

Or maybe laugh next time, and admit the impersonating reporter violated Twitter rules by creating a fake account of you, Senator.

It turns out Markey is angry that anyone, not just high-profile leftists, can now be verified on Twitter for only $8 a month. “Selling the truth is dangerous and unacceptable,” Markey pontificated in his press release and his letter. Musk has removed “safeguards against disinformation” and fired too many employees, Markey accused.

“Safeguards such as Twitter’s blue checkmark once allowed users to be smart, critical consumers of news and information in Twitter’s global town square,” Markey claimed. He ended with a series of demands for Twitter to answer about the new blue-check process and how The Washington Post reporter was able to verify the Markey parody account online.

Markey isn’t alone in his bashing of Musk’s Twitter. Axios and the New York Times complained Twitter didn’t censor enough during the election. The New York Times also last week claimed that Musk was “anarchic” and “chaotic” in running Twitter.

CROWDER: Female TikToker wants the world to support her new style
‘We can no longer say this is a pandemic of the unvaccinated’: CDC data indicates vaccinated, boosted people together make up majority of COVID-19 deaths
Hilarious: Man apprehended after commenting on sheriff’s office’s ‘Most Wanted’ Facebook post: ‘How about me’
Comedy Hosts Think Twitter Censoring Hunter Story Is About Nude Photos
Tim Burton’s New Netflix Show Deemed ‘Racist’ For Casting Black Actors As Bullies