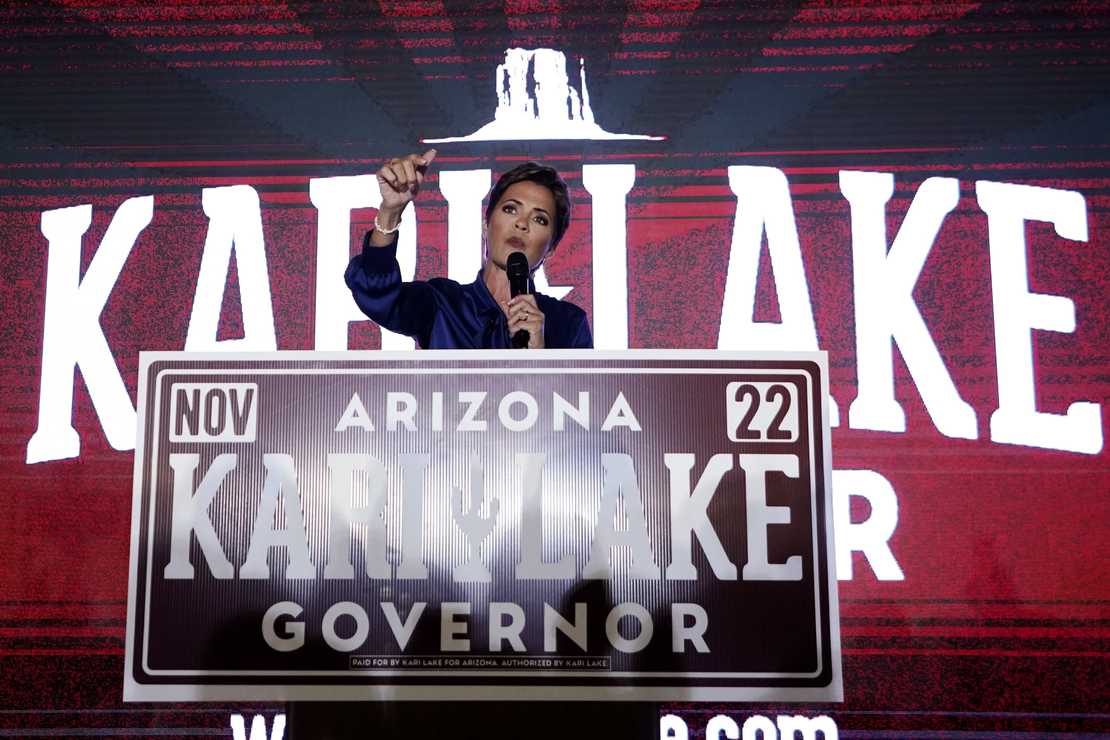 Really? Yes, it’s true. Despite my hope that Lee Zeldin had a chance to oust Kathy Hochul, I lived in Massachusetts when Mitt Romney was governor and had to contend with an overwhelmingly Democrat legislature. Yeah, yeah, Mitt Romney is no one’s ideal Republican anything anymore, but that doesn’t matter. My point is that Zeldin’s power would have been highly restricted by the Democrat-controlled legislature.

Arizona, however, is a different story. As governor, Kari Lake would have more influence and power to clean up the state, and boy, if this election proved anything, it’s that Arizona needs a lot of cleaning up. We’re coming up on a week since Election Day, and we still don’t have a winner declared. That’s why this election was so important. Kari Lake has been sounding the alarm about the problems with elections in Arizona for two years now, and she’s repeatedly insisted that if elected, she will clean things up. She reiterated this message during an appearance on Fox News on Sunday.

“Can you explain why we still don’t know the answers in Arizona and the gubernatorial race?” Fox News’s Maria Bartiromo asked Lake on Sunday.

“Well, we have election season here,” she pointed out. “We start voting about a month before Election Day, and we keep counting after Election Day, forever. And we’re in the process of still counting the votes and there are about 300,000 ballots that have not been counted. This is according to the county recorder, many of them in Maricopa County, and they are from heavy, very heavy Republican areas. So we’re waiting for the vote to be counted.”

“You know, I consider someone’s vote their voice,” Lake continued. “I think of it as a sacred vote and it is being trampled the way we run our elections in Arizona. I’ve been sounding the alarm for two years. Nothing got done. Very little got done last legislative session. And we need to get in there and restore faith in our elections. We can’t be the laughingstock of elections anymore here in Arizona, and when I’m governor, I will not allow it. I just won’t.”

Lake did see a silver lining in this situation, however. “I think that the good thing is that more people are waking up to the fact that Arizona has real troubles when it comes to elections.”

.@KariLake: “We need to get in there and restore faith in our elections. We can’t be the laughingstock anymore, and when I’m Governor, I won’t allow it.” pic.twitter.com/TyRuBcTrr8

She is right that people are looking at what’s happening in Arizona and can plainly see there are problems. If Florida can count 7 million ballots in a few hours, there’s no excuse for why it’s taking Arizona a week to count a little more than 2 million. I’ve pointed out before that Democrats thrive on chaotic elections, and the longer they get drawn out, more often than not, Democrat candidates manage to emerge as the winners.

I have no idea what’s going to happen in Arizona. I hope Kari Lake pulls ahead and wins. Not just because of this election but because of Katie Hobbs, who, as Arizona secretary of state, is arguably responsible for the disaster unfolding right now. Do you think Arizona’s election problems will get cleaned up with Hobbs in the governor’s office? Not a chance. They’ll get worse and even more corrupt, because that’s how Democrats like it. So come 2024, we won’t be able to count on Arizona going red.