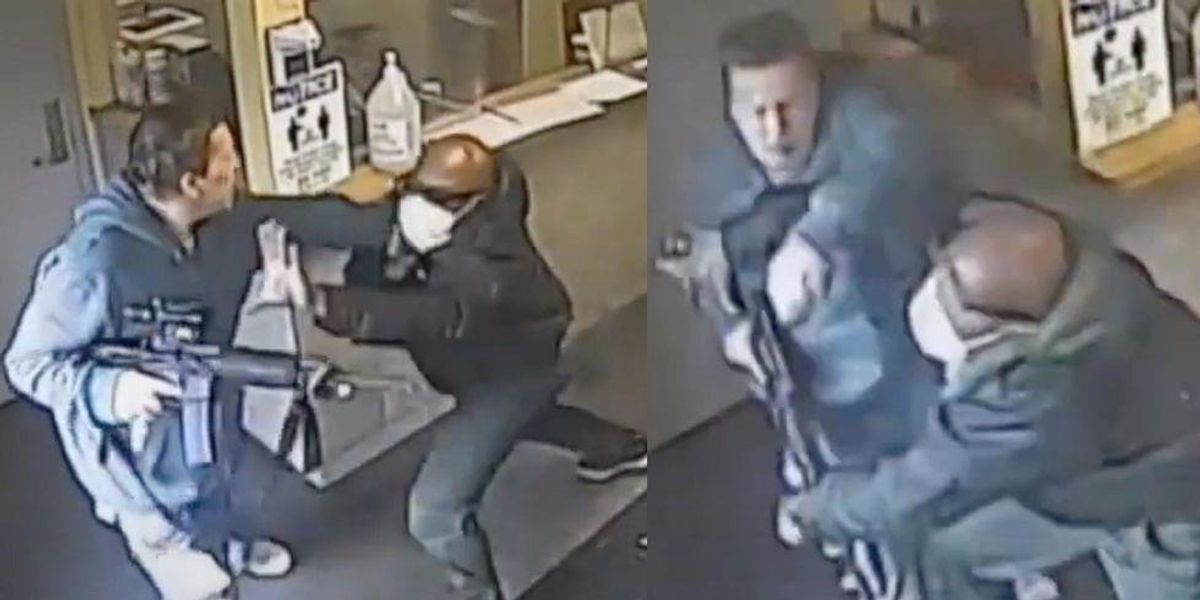 A security guard is being hailed as a hero for taking down a man who entered a methadone clinic with an AR-15 rifle, and it was captured on video.

The video shows a man stepping into a clinic and firing off a shot before security guard Reynaldo Beckford jumped into action, grabbed the gun, and struggled with the man.

Beckford talked to WKBW-TV about what was running through his mind when the man appeared at Hispanics United of Buffalo in New York.

“My back was turned to the door, and when I turned, I saw in the corner of my eye I saw was the person and the rifle,” Beckford said.

“At that moment, I couldn’t believe what was happening, especially when he let off the first shot, and that’s when I knew that something was definitely wrong,” he added.

The video shows Beckford struggling with the man before another security guard came to help him. After that, a janitor from the building jumped into the fray.

Beckford said the man refused to take his finger off of the trigger of the gun.

“I would be lying if I say to you I wasn’t scared for my life and the first thing that flashed over my brain was my baby who just turned three years old,” he added.

He said the building’s janitor took the gun away from the man before police arrived to arrest him.

Investigators said that Griffin had shot a woman in the leg before the altercation at the methadone clinic.

Beckford said he was simply doing his job.

“Nobody lost their life, nobody got hurt, and to God be the glory, what else can I say,” he said.