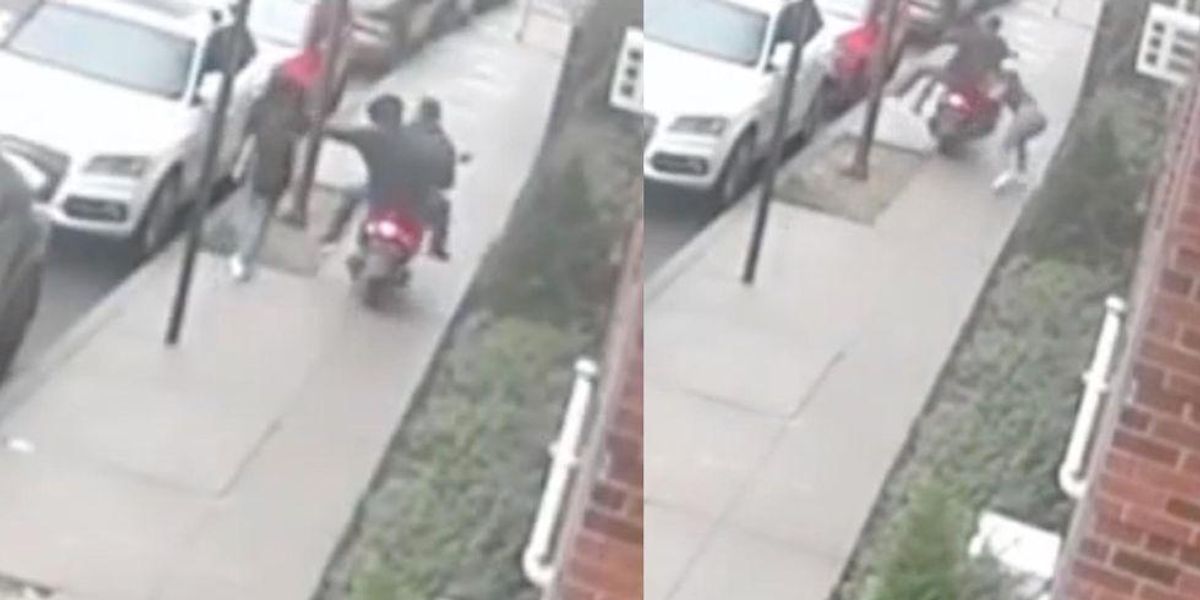 A robbery attack was caught on surveillance video showing a 12-year-old girl dragged behind a motorbike in New York City.

The incident unfolded in the Elmhurst neighborhood at about 4:30 p.m. on October 24.

The video showed the girl walking down Layton street when two males riding a motorbike drove up behind her. One man grabbed her and dragged her before the bike fell over. Police said they grabbed her necklace and sped away on the bike.

The girl, named Julie Montiel, spoke to WCBS-TV about the assault.

“It happened so fast I didn’t feel when I was getting dragged,” said the seventh-grader. “I only cared about the necklace.”

She said the necklace had sentimental value because her mother had given to her when she was younger. Her mother told WCBS that she hurt her face, legs, elbow, and her neck. The girl said they had been following her for about five minutes before the robbery.

Police believe the robbery is related to a series of other incidents in the area.

Two days later, at about 2:30 p.m., a 37-year-old woman was punched in the face as two assailants tried and failed to steal her necklace.

At about 2:40 p.m the same day, two males on a motorbike shoved a 43-year-old woman and stole two of her necklaces.

At about 7 p.m., two similar suspects stole a 52-year-old’s necklace after driving up to him from behind.

At about 9 p.m., a woman was also robbed over her necklace.

The next day, the robbers rode up behind a 70-year-old woman and stole her necklace.

About two weeks later, on November 7, two males on a motorbike drove up behind a 48-year-old woman at about 12:45 p.m. and stole her necklace.

Montiel said she was traumatized by the experience and that she doesn’t walk alone anymore.

The NYPD is asking for help from the public to identify the two males.

Here’s the video of the robbery and attack: