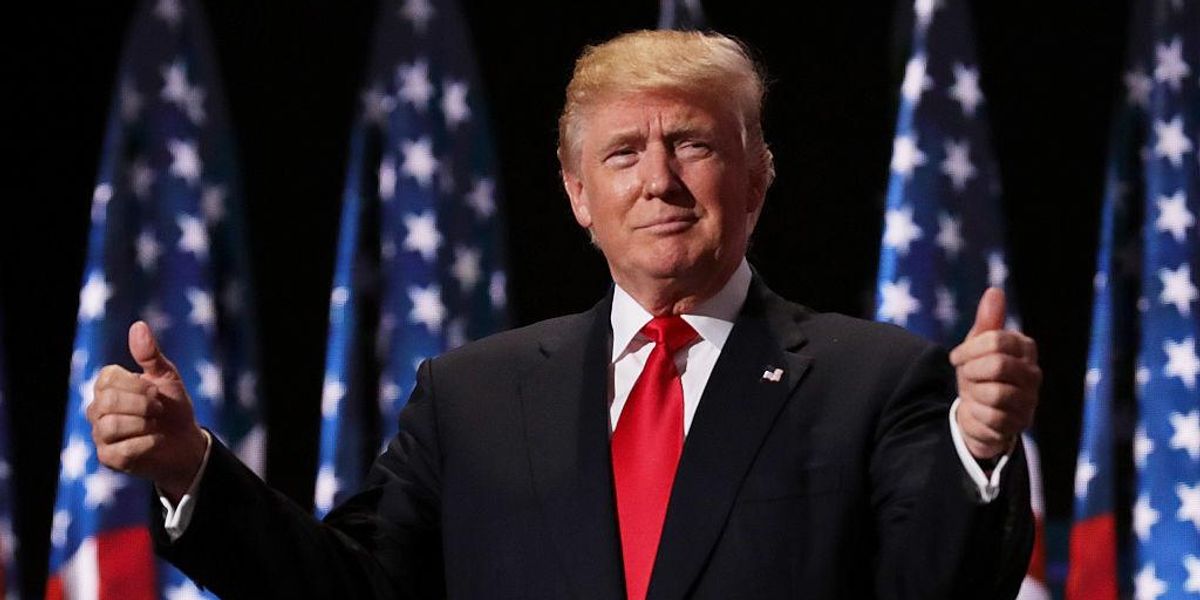 Former President Donald Trump has officially announced that he will run for president during 2024 election.

“In order to make America great … again I am tonight announcing my candidacy for president of the United States,” Trump said on Tuesday night during a speech at the Mar-a-Lago in Palm Beach, Florida.

“I am running because I believe the world has not yet seen the true glory of what this nation can be,” Trump said.

Former President Donald Trump, who is expected to officially announce another presidential bid on Tuesday night, has filed to run for president during the 2024 election — the filing can be found on the Federal Election Commission website.

Trump previously served as president from early 2017 through early 2021 after defeating Democratic candidate Hillary Clinton in the 2016 election. Trump then lost his 2020 reelection bid to Democrat Joe Biden.

Trump has recently targeted Florida Gov. Ron DeSantis, referring to the governor as “Ron DeSanctimonious” and calling him “an average REPUBLICAN Governor with great Public Relations” — but Trump also said that he voted for DeSantis last week during the Sunshine State’s gubernatorial election. Trump reportedly said that he will reveal “things about him that won’t be very flattering” if DeSantis runs for president.

Canada Looks to Expand Assisted Suicide Law to Allow the Most Vulnerable to Choose Death
As I Mark 80 Years of Age…
Theft from Alabama Tractor Supply store skids to a halt as armed customer blows out getaway car’s tire: ‘Everyone is walking around with guns in Theodore’
MSNBC’s Joy Reid Lashes Out At GOP, Lies About Holocaust Book Bans
“Science” group spent $40 million censoring free speech on social media