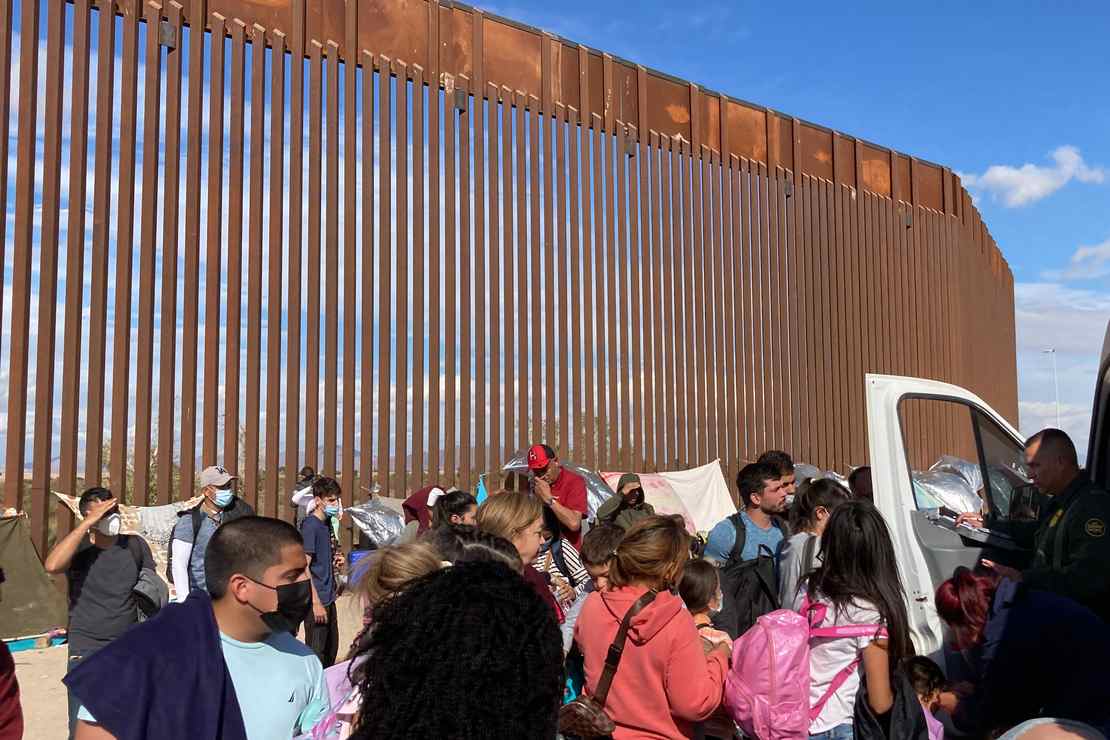 The western hemisphere is a hellhole. I know we’re not supposed to say stuff like that because it hurts people’s feelings. I wonder if it hurts their feelings before or after they hit the road for the U.S. southern border?

No matter. The fact is, it’s horrible to live in a place where gangs rule, where violence and lawlessness are commonplace, where women aren’t safe from rape or men who take pleasure in beating them, and where there are few jobs, and few opportunities to live a decent life. It’s a tragedy.

There are lots of tragedies in the world. Starvation, epidemics, and human beings treating other human beings very, very badly, to name a few. And the entire planet looks to the United States of America to fix it all.

If any of these migrant advocates deny they want the United States to fix the world, they are lying. Dumping millions of starving, desperate, illiterate, unskilled people in America proves they have unreasonable and fantastical notions of what the U.S. can accomplish.

And now, a federal judge has removed the last barrier to unfettered, unlimited illegal immigration by lifting the rule established during the Trump administration that allowed for the immediate deportation of illegal aliens during the pandemic. Title 42 has been modified several times since it was first used in April 2020, but it’s basically kept a lid on illegal immigration and asylum seekers for two years.

DHS has had plans in place for more than a year to deal with its repeal when it became clear that Title 42 was on its way out.

The Department of Homeland Security has said it plans to process migrants’ cases quickly, granting protection to those who deserve it and deporting migrants who are ineligible for asylum. Anyone who attempts to reenter the United States after being deported could face felony criminal charges and prison time, a consequence that does not apply to those who are expelled.

In the past, however, the influx has led the department to release large numbers of migrants, overwhelming border cities and towns, as they await an immigration court hearing that could take months or years to materialize. Republican governors in states such as Texas have been so frustrated by the influx that they have bused migrants to northern cities to compel them to care for the new arrivals.

The words on the Statue of Liberty welcoming the “huddled masses yearning to breathe free” and “the wretched refuse of your teeming shore,” are not an invitation to a Jonestown-like mass suicide. The words say nothing about a disorganized, insane dash to the border by millions of people — unvetted in an age of terror and largely unchecked as to their criminal background.

I’m not worried about America losing its “culture.” Newcomers always — always — add to the richness and wonderful diversity that is America. It’s a fact that every wave of immigrants who arrived here — Germans, Irish, Scandanavians, Hispanics, Poles, and the rest of Eastern Europe — have made this country richer, more powerful, and a lot of fun to live in.

But that migration was largely accomplished in an orderly fashion — if not orderly in the traditional sense of the word, it was certainly comparatively orderly to what’s about to slam into our borders.

Now, the next great wave of newcomers is on the way. They will be fed, housed, clothed, and their old ones cared for. Their kids will be educated. Their fathers and mothers will find employment. And many Americans will welcome them with open arms and many others will resent them — just as Americans have been doing for 250 years.

This is an old drama with a familiar script. I wonder if, as in the past, it will have a happy ending.