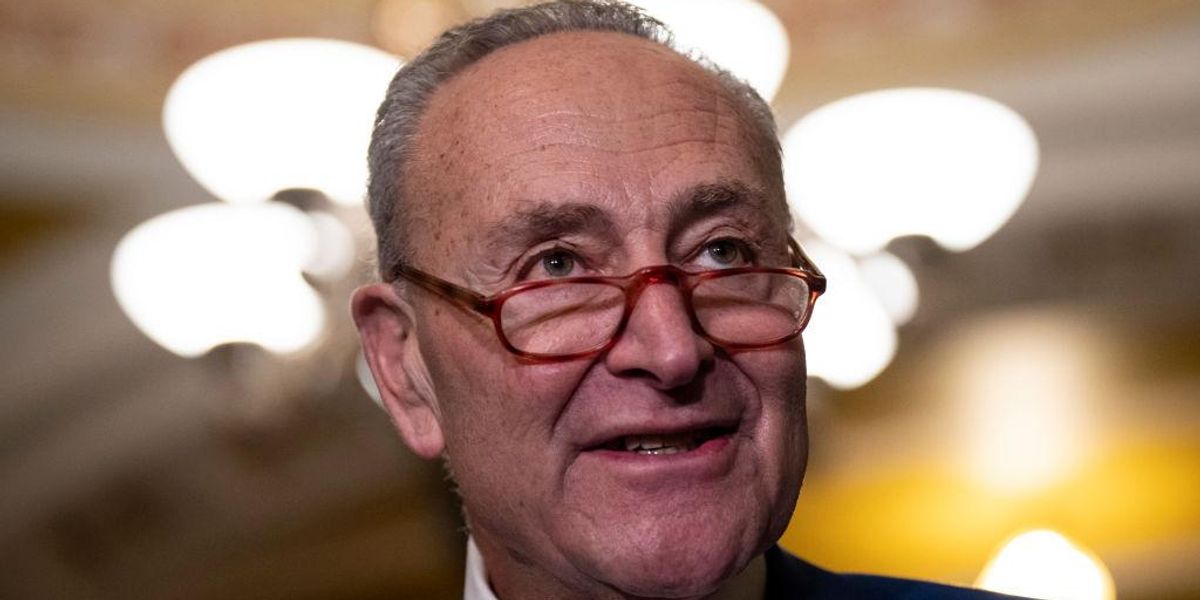 Senate Majority Leader Chuck Schumer said that the “ultimate goal” is to offer a road to citizenship to the millions of undocumented immigrants present in the United States.

During remarks on Wednesday, the pro-choice politician said that “immigrants make us stronger now more than ever,” claiming that the U.S. has a dearth of workers and that the American population is not reproducing at the “same level” as in the past.

“The only way we’re gonna have a great future in America is if we welcome and embrace immigrants, the Dreamers, and all of them — cuz our ultimate goal is to help the Dreamers but get a path to citizenship for all 11 million or however many undocumented there are here,” said Schumer, a Democratic lawmaker from New York who has served in the Senate for more than two decades.

David Limbaugh, the brother of the late conservative talk radio icon Rush Limbaugh, tweeted in response to Schumer’s remarks, “And why do you think, Mr. Culture of Death, that we aren’t producing like we used to?”

“I have a feeling we could all be breeding like rabbits and Chuck would still favor the same policy,” conservative radio host Mark Davis tweeted.

“If Chuck Schumer is so concerned about the reproduction of Americans, then he should adamantly oppose abortion. That’s 63 million Americans which is far greater than 11 million illegal aliens,” Republican Rep. Marjorie Taylor Greene of Georgia tweeted.

“Instead of securing the border, the first thing Chuck Schumer wants to do is give amnesty to 11 million illegal immigrants,” GOP Rep. Jim Jordan of Ohio tweeted.

u201cInstead of securing the border, the first thing Chuck Schumer wants to do is give amnesty to 11 million illegal immigrants.u201d

While Republicans secured a majority in the House of Representatives during the 2022 midterms, Democrats retained control of the Senate chamber — Schumer has said that he “will once again be majority leader.”

u201cSchumer: With the races now called in Arizona, Nevada, Democrats will have a majority in the senate, and I will once again be majority leader. This election is a victory. A victory, and a vindication for Democrats..nu201d