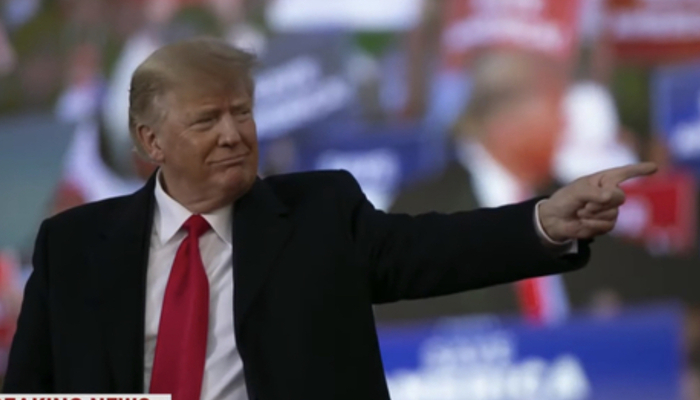 The censorship-obsessed Facebook will reportedly stop fact-checking statements by former President Donald Trump since he announced his 2024 presidential bid in a shocking twist. 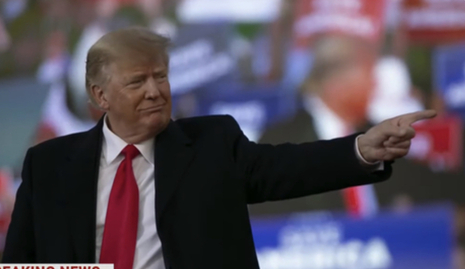 Fact-checking politicians and political candidates technically goes against Facebook policy, meaning the platform can no longer fact-check 2024 presidential candidate Donald Trump. CNN gloomily reported that just ahead of Trump’s 2024 announcement, a Facebook company memo ordered that the fact-checkers cease their fire against the constantly targeted Trump. “It is not our role to intervene when politicians speak,” Meta Global Affairs president Nick Clegg said back in 2019, but that certainly  didn’t stop Facebook from censoring Trump.

Trump remains banned from using the platform himself, but the rule applies to statements and videos of Trump, including those posted by the Team Trump account, which has millions of followers.

A candidate does not have to be registered officially with the Federal Election Commission (FEC) to qualify for Facebook fact-check immunity. “We define a ‘politician’ as candidates running for office, current office holders — and, by extension, many of their cabinet appointees — along with political parties and their leaders,” CNN quoted the memo.

Meta spokesman Andy Stone reportedly defended the memo as consistent with Facebook’s long-standing policy. Pro-censorship Facebook has come under fire from both major political parties, as Democrats call for more censorship and Republicans lobby for more free speech on the platform.

The memo ended by stating, “‘if former President Trump makes a clear, public announcement that he is running for office, he would be considered a politician under our program policies.” Since Trump announced his 2024 campaign Tuesday night, the fact-check restriction supposedly should go into effect.

In June 2020, Facebook censored Trump re-election ads, alleging that the ads violated its policy against  “organized hate.” In fact, Twitter and Facebook censored then-President Trump at least 65 times during his re-election campaign, leaving Biden untouched, an MRC Free speech America study found. Given Facebook’s sordid track record of silencing conservative speech that slaps against leftist narratives, it’s unlikely that the Big Tech giant will pump the brakes on its censorship operation any time soon going into 2024.

CNN said a Meta staffer wrote the memo Tuesday before Trump officially announced his presidential candidacy. The memo reportedly said, “‘political speech is ineligible for fact-checking. This includes the words a politician says as well as photo, video, or other content that is clearly labeled as created by the politician or their campaign.’”

Facebook is among the tech platforms that have allegedly colluded with the government to censor Americans. Meta CEO Mark Zuckerberg admitted to podcast host Joe Rogan in August that Facebook suppressed the New York Post’s Hunter Biden laptop bombshell after he alleged that a general request from the FBI informed his company to be on the lookout for “Russian propaganda.”

A 2020 MRC poll found that 45 percent of President Joe Biden’s voters weren’t fully aware of the New York Post story precisely because the media and Big Tech whitewashed it. Had Americans been fully aware of the scandal, 9.4 percent of Biden voters would have abandoned him, flipping all six of the swing states he won to former President Donald Trump, giving Trump a victorious 311 electoral votes.

Conservatives are under attack. Contact Facebook headquarters at (650) 308-7300 and demand that Big Tech be held to account to mirror the First Amendment and provide an equal footing for conservatives. If you have been censored, contact us using CensorTrack’s contact form, and help us hold Big Tech accountable.

NEW: Elon Musk Confirms Twitter Helped Libs Win Elections
How the Biden Justice Department Vindicated Trump
This year, and every year, I am most thankful for family
Federal Reserve set to introduce privacy-crushing digital currency that can be ‘controlled’ and ‘programmed’ by government bureaucrats
Company That Made Viral ‘Let’s Go Brandon’ Wrapping Paper on Target to Double Last Year’s Sales