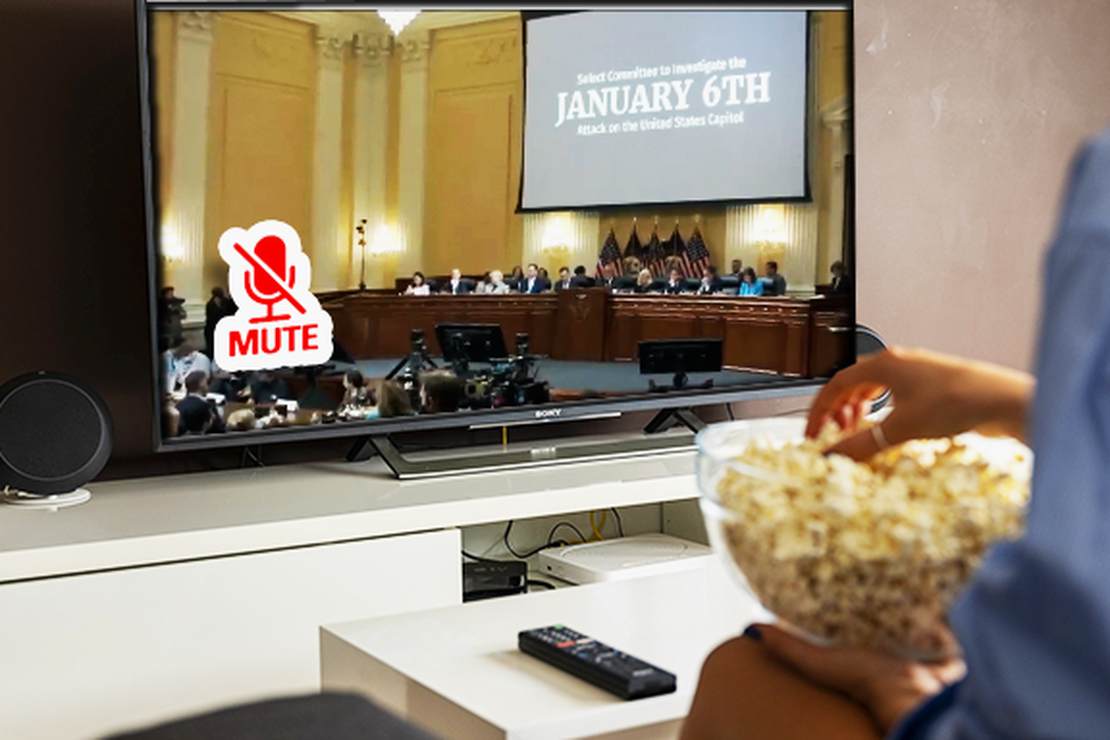 I’ve changed my mind. Bring on a January 6 Committee. This time we want real answers. And we’ve got real questions.

Not that the first iteration of the J6 committee, which winds down with the end of this Congressional session, was anything to sneeze at. The professionally produced, made-for-TV J6 show trial had it all. It featured congressional voiceovers of never-seen-before videos. It highlighted one-sided opinions which passed for testimony. Tear-filled “outrage” was overlaid with harrumphing umbrage to cover for the preordained outcome: get Trump.

Nancy Pelosi served as committee casting director, choosing Rep. Bennie Thompson (D-Miss.) and his co-conspirator, ousted Rep. Liz Cheney (R-Wyo.), for starring roles. The story arc included dramatic readings and action scenes featuring all-out efforts to get anyone to turn on the former president and give the committee the linchpin they needed to “get” him. It never occurred to them, apparently, that the reason they didn’t get their wish was that maybe, just maybe, Trump wasn’t in on the faux “insurrection.” That maybe it wasn’t an “insurrection.” That perhaps something else entirely was going on.

The committee, selected by Nancy Pelosi without input by Republicans, had subpoena power and used it to arrest former Trump aide Peter Navarro in the middle of an airport. They went after the White House social media director, Dan Scavino. The committee reached into the Wayback Machine and went after Newt Gingrich. They subpoenaed the former president, who subsequently went to court to fight it, as the Constitution allows. The committee issued a statement the day before Trump made his 2024 announcement hoping that someone would notice their outrage that he hadn’t yet presented and subjected himself to questions in their star chamber. No one noticed. I found it by accident.

It must be said for the record that I was outraged by the breach of the Capitol on Jan. 6, 2021, but I know when I’m being jobbed.

This week’s revelations that the FBI had multiple informants — eight in the Proud Boys and 12 reportedly in Oath Keepers — two groups it has spent years trying to cast as bad actors while leaving the “angels” of Antifa and BLM unmolested is an insight into the mindset of the suits on the 7th floor.

Related: FBI Had 8 Spies Inside Proud Boys Before January 6 and It Raises Big Questions

Rep. Clay Higgins (R-La.), God bless him, asked smirking FBI Director Chris Wray if any of his G-Men were dressed up pretty in Trump clothes and were pre-positioned inside the Capitol Building on January 6. Faux umbrage was on full display in Wray’s face.

Higgins: Did the FBI have confidential human sources embedded within the January 6 protesters?

Wray: Well, Congressman, I’m sure you can appreciate I have to be very, very careful about what I can say –

Higgins: Even now, because that’s what you told us two years ago –

Wray: May I finish? May I finish? […] But to the extent that there’s a suggestion that the FBI human sources or the FBI employees in some way instigated or orchestrated January 6, that’s categorically false.

Higgins: Did you have confidential human sources dressed as Trump supporters inside the Capitol on January 6 prior to the doors being opened?

Wray: Again, I have to be very careful –

Higgins: It should be a no. Can you not tell the American people no?  That we did not have confidential human sources dressed as Trump supporters positioned inside the Capitol on January 6 –

Wray: You should not read anything into my answer …

Once more for those in the cheap seats: The guy who bailed out Wray in that exchange was the Chairman of the January 6 committee. He was the same man searching for truth, justice, Democracy! and Trump’s scalp.

Speaking of truth and justice, here are a few other questions I’d like answered by my imaginary January 6 committee.

Were FBI-paid employees, confidential human sources, or others acting on behalf of government:

If law enforcement knew of a planned breach with possible violence, why did they allow innocent people to enter the Capitol building?

What were the planned Rules of Engagement for law enforcement on January 6?

Were any federal employees, confidential human sources, or anyone acting on government behalf acting as agents provocateur before or during the January 6 breach?

Who paid agent provacateur Ray Epps? Why was he encouraging breaching the Capitol?

Whose idea was it to hold non-violent January 6 protesters without charges or trial for years? Has that person been fired or at least ordered to read the Constitution?

Who planted bombs outside the DNC and RNC offices on Capitol Hill on January 5?

Why did the government lie about the whereabouts of Kamala Harris on January 6?

Provide us a timeline of all intelligence reports about possible January 6 violence.

Provide us detailed reports of why the Speaker of the House refused to harden the Capitol after reports of possible violence were circulated.

Provide us with all of the recorded video and audio.

Release all 14,000 hours of video, some of which could be exculpatory to J6 defendants.

Present the 302 reports from all witnesses.

If intelligence reports indicated violence, why didn’t law enforcement and the D.C. mayor do as Trump asked and send the national guard to protect the Capitol?

Release all information about the deaths of Ashli Babbitt and Rosanne Boyland.

Several more questions should be run to ground by a legitimate January 6 committee that’s actually looking for answers and not preordained outcomes. Indeed, you’d expect the big boys and girls in Congress to want to know these January 6 answers before the DOJ considers charges against Donald Trump.

Oh, and there is one more question that the Bennie and Liz show failed to ask and answer about January 6. What if President Trump is innocent?

The January 6 committee was a farce.

It’s time for a real one. Gird your loins.