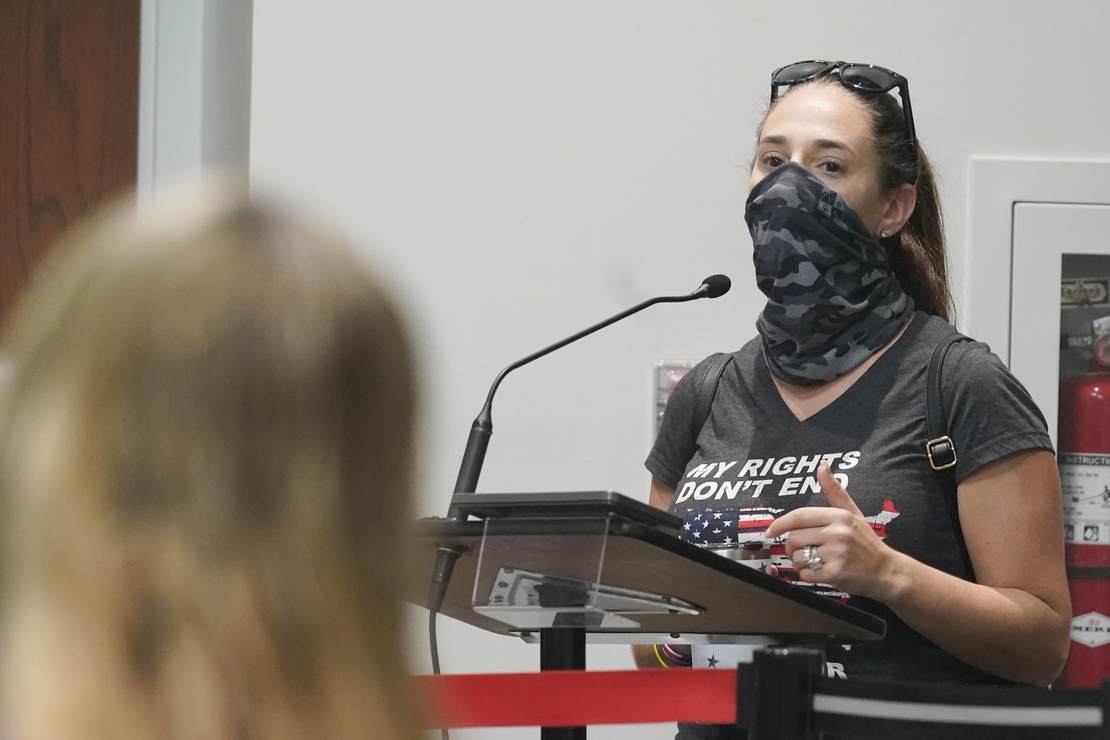 The education reform group Moms for Liberty enjoyed some success across the country. They endorsed 250 candidates for local school boards with about 50% being victorious.

One notable success was in the Berkeley County School District in South Carolina, where six board members the group backed were sworn in on Tuesday night. The newcomers didn’t waste any time cleaning house. They summarily sacked the district’s superintendent, fired the board’s lawyer, and promptly banned the teaching of critical race theory.

Not a bad start.

One board member opposed to the changes, Yvonne Bradley, said that voters were “fooled” by the candidates and then walked out of the meeting in a huff.

But the six candidates that Moms for Liberty backed were up-front with their agenda. They “promised more curriculum transparency and fiscal responsibility and to put a stop to the ‘woke agenda.’” It doesn’t get any more woke than teaching “critical race theory,” so I don’t see what Ms. Bradley is complaining about.

The board elected Moms For Liberty-backed Anthony Dixon, who had worked in the district as an administrator, to replace the fired Deon Jackson, who as NBC points out, was the “first black superintendent” in the district’s history. Ed Morrissey noted that NBC News didn’t point out the fact that Dixon is also black until much later in the article.

There was a little trouble with supporters of Jackson. When they began to get rowdy, one of the new board members, Mac McQuillin, pleaded for order and respect.

“All right, listen up,” McQuillin chastised the audience. “We’re going to be respectful in this meeting. You may not agree with our votes, but I ask that you please be respectful and calm. What kind of example are you setting for our kids, disrupting a meeting like this?”

According to NBC, several of the board members then walked out.

There was some pushback on the ban on critical race theory with two teachers claiming that CRT was not being taught in the district and a pastor who said that teaching CRT was necessary.

Two teachers said the district did not teach critical race theory, a pastor argued that critical race theory could help teach students about local history, an NAACP representative said addressing structural racism should be the board’s priority, and a district librarian said an additional committee was redundant because there were already policies dictating how to buy books for libraries. The librarian also noted that there is already a process for parents to challenge specific titles they don’t want their children to read.

But one speaker pointed out that more care should be taken in banning subject matter.

“These vaguely worded bans have had an impact on the teaching of the Holocaust and its important lessons,” Brandon Fish, the community relations director at the nonprofit Charleston Jewish Federation, said at the meeting. “Learning about the Holocaust and other dark chapters in our history, including slavery and Jim Crow, are crucial to making sure that these mistakes are never repeated.”

There are many controversial issues that parents are concerned about. Sometimes, it’s a question of age-appropriateness. But especially when it comes to issues of race, parents are sometimes too squeamish or afraid of how certain history will impact their child. And that includes white and black children.

For too long, educators have dismissed these concerns with an arrogance that borders on contempt. And frankly, most teachers aren’t competent enough to thread the needle and teach what needs to be taught without assessing the blame that kids feel most keenly.

The solution is dialogue. Left-wing teachers and administrators were too arrogant to soil themselves by listening to the concerns and fears of parents. They preferred dictating to parents — a solution that has led them to electoral disaster.

We have yet to see if conservative school boards can do any better.