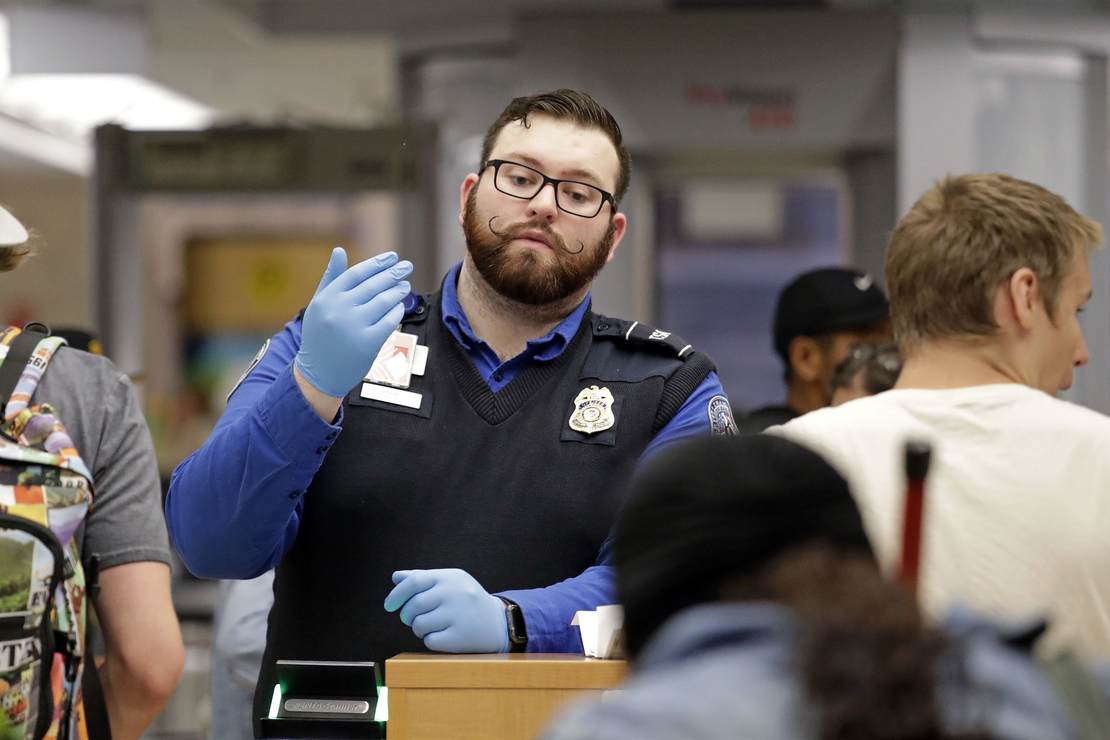 On this week’s Florida Man Friday we have the curious case of the chicken that didn’t squawk, a novel cure for homelessness, and PolitiFact ruining everything for everyone.

I’ve been reading The Truth About Guns for years, but I never honestly expected to them to pop up in my Florida Man Friday newsfeed.

And yet here we are:

On Monday afternoon, the Transportation Security Administration posted a picture of a gun detected inside a raw hen at Florida’s Fort Lauderdale-Hollywood International Airport security baggage screening room. The picture shows the gun wrapped and placed inside the chicken — where stuffing would normally sit.

In Florida Woman’s defense, she was traveling to Haiti. I wouldn’t go to Haiti without at least a semiautomatic pistol with extra high-capacity magazines and maybe a Javelin antitank guided missile or two.

But all of that is really beside the point.

Let’s leave out the gun (there is no cannoli) and ask Florida Woman this: Was bringing a chicken carcass through security — or anywhere, really — the best way to avoid bringing attention to yourself?

Especially when you’re committing the extremely stupid crime of trying to get a gun through an airport?

Was it even in the top ten? The top million and six?

“Pay my luggage no notice. All I have in there are a few things to wear on the beach, my travel toiletries, a dress for a nice dinner out, and this dead plucked animal. There is certainly no pistol tucked inside the dead animal I’m checking in like a normal person doing nothing at all wrong with their chicken carcass.”

Next time, Florida Woman, just hide it in your hoo-ha like a normal criminal genius.

The Stupid Is Strong in This One

Florida Man arrested for using a lost U.S. nuke to power his home for more than 27 years

No, Florida Man was not arrested for using a missing nuke to power his home, not for any amount of time.

There was a gag meme on Instagram about it, and it was pretty well done — funny stuff, if you ask me.

But PolitiFact — you know, the partisan narrative-manufacturers who call themselves fact-checkers — got their panties into such a twist that Phrygian Gordium couldn’t cut through that mess.

That’s right: PolitiFact fact-checked a joke. Now you have to click through a big FAKE NEWS warning just to see the gag. I bet anyone who posted it got some sort of red flag on their accounts, too.

I know I keep Florida Man Friday politics-free, but I had to cover this item because the left just makes it almost impossible to keep anything politics-free.

SCORE: 5 all-new Get Out of My Life points to PolitiFact.
RUNNING TOTAL: 9 FMF Points.

You Gonna Finish That?

Florida Man Found in His Underwear Eating Cheesecake in the Everglades

All I’m saying is, don’t knock it until you’ve tried it.

Florida Man seems to have been having a great time at Epcot’s Food and Wine Festival because who wouldn’t?

Florida Man was being very loud and stumbling around the American Adventure Pavilion after witnesses said he chugged two beers in approximately 30 seconds.

A deputy wrote in an arrest report that the 30-year-old was shaking everyone’s hand in line, high-fiving people and staggering.

You know what’s really fun to do when you encounter a friendly drunk in public? Say something completely nonsensical to him in a warm voice that intimates the two of you really get each other.

My go-to phrase: “The more you stove the polish it gets.”

I try to make it sound like I’m imparting wisdom. Friendly drunk guys wander off after that, trying to untangle the untangle-able.

“Once in the line queue, he continued to act belligerent and cause the crowd of people in line to become alarmed,” the deputy said. “While attempting to get him onto the physical gondola car, he wouldn’t initially get in and was dangerously close to falling into the area beneath where the attraction operates.”

Leave getting drunk at theme parks to the pros, folks.

That’s a Jumbo Amount of Shrimp

The telling detail: he had giant stockpots filled with boiling water on every single burner.

The Monroe County Sheriff’s Office said at around 10 a.m., the owner of the facility contacted authorities after he noticed that his lock had been broken off.

Deputies said 85 pounds of shrimp, a Garmin GPS unit, an air pump, and an engine part had been stolen from the facility.

After reviewing the security footage, deputies identified the alleged shrimp thief. According to the sheriff’s office, he had previous encounters with law enforcement.

I wonder what the street value of that stuff is.

Here’s a creative cure to the nation’s drug-induced vagrancy problem.

Sorry. I meant to say “a way to aid people currently experiencing homelessness.”

I’ll denounce myself at the end of the column.

The headline tells the juicy part of the story, but there’s more:

Deputies said that wasn’t all, Florida Man left the coffee on the back porch while he filled the kitchen trash can with trash, including his bus ticket stub.

Later that evening, deputies responded to a burglary on Via De Luna Drive.

The victim told police that a man wearing a dark-colored shirt, dark-colored pants and a baseball cap walked up to her sliding glass door and started pulling on the handle. When she asked the suspect what he was doing he said “he was looking for Tony” and left.

Deputies said he was quickly found near the property. He was arrested for burglary and damage to property.

Apparently, Florida Man was going door-to-door, breaking into houses, and just sort of living in them for a short while. The only tiny little flaw in Florida Man’s Ocean’s 11-level planning was the part where not all of the houses were empty.

Exit Question: Who is Tony?

Previously on Florida Man Friday: I Don’t Stand a Ghost of a Chance Without Tires

Six scored stories with a total of 23 points for an average of 3.8 points per story.

Best part: “Police attempted to wake Tyson up and speak with him but he could not verbally respond. After briefly sitting up, Tyson laid back down and tried to go to sleep.”