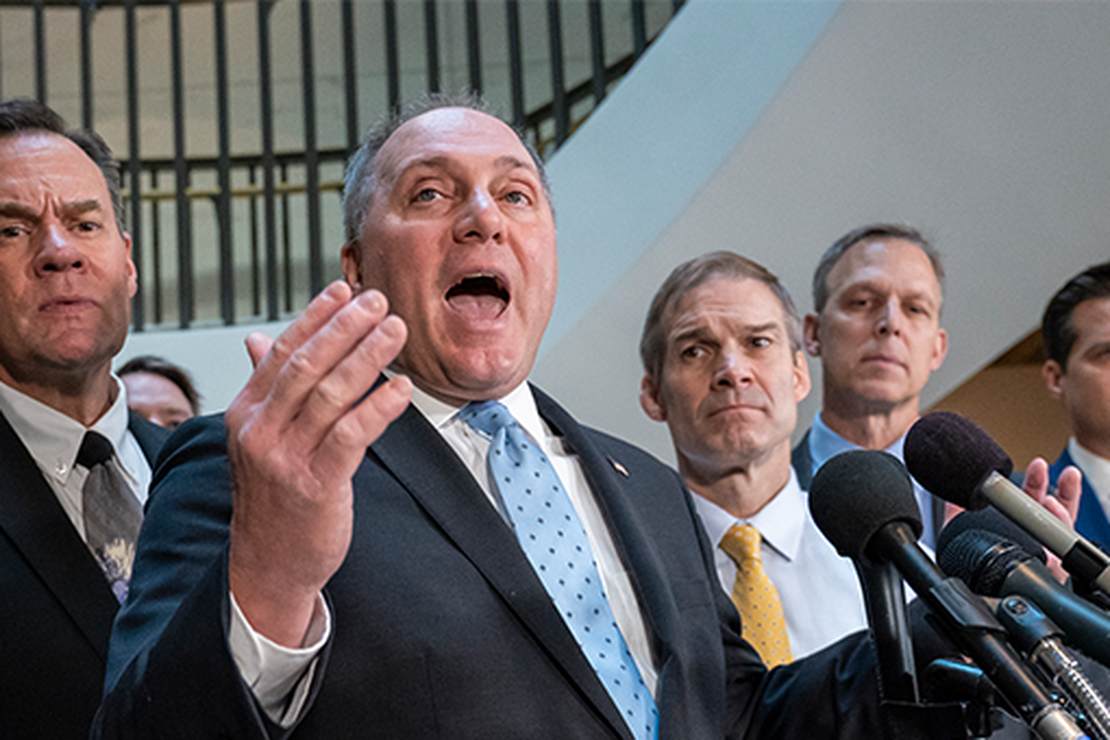 The rank hypocrisy of the left never ceases to amaze me. Before Trump even took office, the Democrats were committed to impeaching him for something. Anything. And they’d investigate him endlessly to find something, no matter how ridiculous or trivial. The Democrats’ promise to hold Trump accountable for whatever crime they could pull out of their donkeys was cheered by their supporters because they presumed he was (or would be) guilty of something.

They would ultimately go on to impeach Trump twice over the weakest of premises just because they had to appease their base.

Now, of course, the Republican Party has won the majority in the House, and investigations will continue. Only this time, the investigations will look into Biden administration corruption, the origins of COVID-19, the border crisis, the weaponization of the Justice Department, and shady Biden family business dealings. And the House GOP has already put members of the administration on notice.

And just like that, the left has lost its taste for investigations.

“Over the next few months, whenever you see a tweet about Hunter Biden from a GOP account, ask them what they’re doing about crime and inflation,” left-wing actor George Takei lamented on Twitter. That’s cute, what have Democrats been doing about those issues?

“Republicans get control of the House & the first they do is… No not explore how to tame inflation or crime etc. They launch an investigation of President & Hunter Biden,” observed Geraldo Rivera. “Boring. Divisive. Retro. Unwanted. Zero positive impact on the lives of Americans. Is this the real Red Wave?”

“GOP’s House majority has been official for less than 24 hours, and the first big priority they announce is an investigation of Hunter Biden, after leaks, they will also investigate the treatment of Jan. 6 prisoners,” noted MSNBC analyst Matthew Miller. “Crazy, craven, and incompetent all at once.”

“Now that Republicans have regained the House, what are they going to do? An investigation of Hunter Biden! And how does that help you?” asked Cenk Uygur. “Does it make it your wages any higher? Does it get you affordable healthcare? No, it only helps them, politically (they think). Nothing for you!”

Did anyone really believe that the radical left had some noble belief in accountability? These were people who were convinced that Trump was so evil that they were plotting his impeachment before he even took office. But investigation allegations that Biden profited from his son’s foreign business dealings is somehow beneath the dignity of Congress. We’re supposed to believe that investigating how the Biden administration politicized and weaponized the Department of Justice to target American citizens is a waste of time. Over 6.6 million people have died from COVID worldwide, but we’re apparently just supposed to move on.