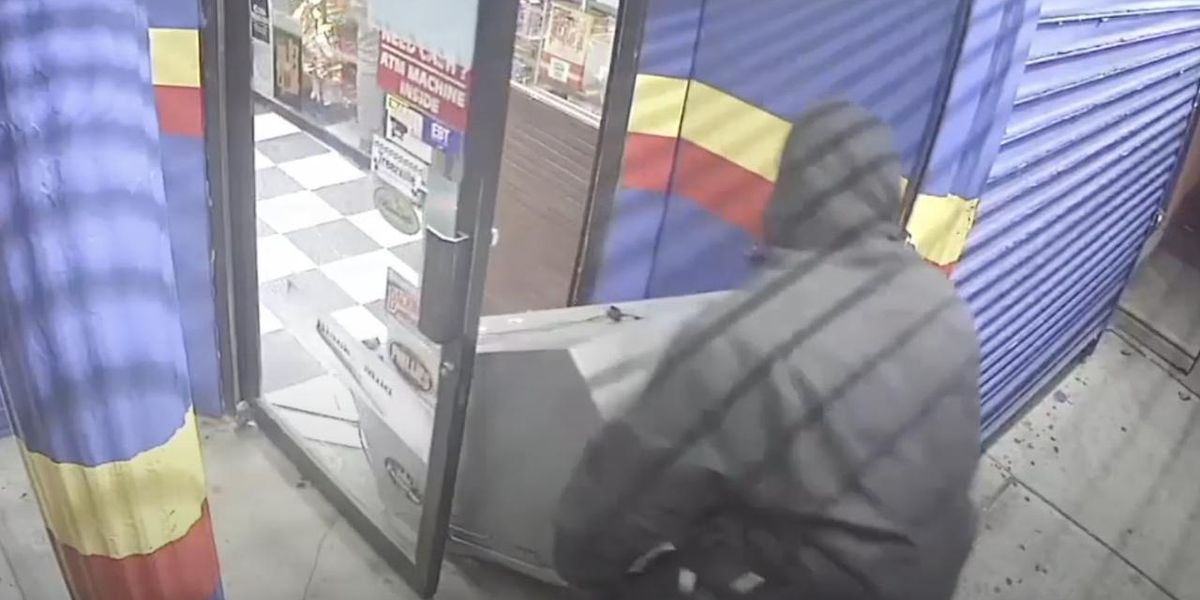 A gun-toting masked man threatened a worker inside a Philadelphia deli Thursday night while his accomplice, also masked, dragged an ATM out of the corner market in the 200 block of West Olney Avenue.

Police said the two men entered the Martinez Deli just before 8:00 p.m. One of them used a black handgun to threaten a store employee, police said, while the other went to the back of the deli and “forcibly removed” an ATM.

Surveillance video captured the moment one of the men dragged the ATM out the front door of the establishment.

The ATM was placed it inside a gray 2010-2012 Toyota RAV4 which the pair had parked on the sidewalk prior to entering the deli, police said.

Video captured an image of the Pennsylvania temporary tag — 3953871 — but police ran a check on the tag and determined it did not belong to the RAV4.

Police said they are working on identifying the culprits.

TheBlaze earlier this week wondered if Philly crooks are becoming more brazen amid a report of an armed man who reached into a McDonald’s drive-thru window and ripped out a cash register:

Here are a few related news items that may shed light on how brazen crime has become in the City of Brotherly Love of late:

Big Tech censorship of vitamin D as covid treatment KILLED 116,000 Americans so far, warns the Health Ranger, who was banned by YouTube, Twitter and Facebook for telling the TRUTH
‘Irredeemably flawed’: Alternative media publisher says ‘only solution’ in Arizona is to hold new election after tidal wave of problems in GOP areas
Newsom Says He Will Not Challenge Biden in 2024
More Arizona counties refuse to certify results following a scandal-filled election
Hanoi Joy Reid: America Was Founded on Violence, Smears Thanksgiving