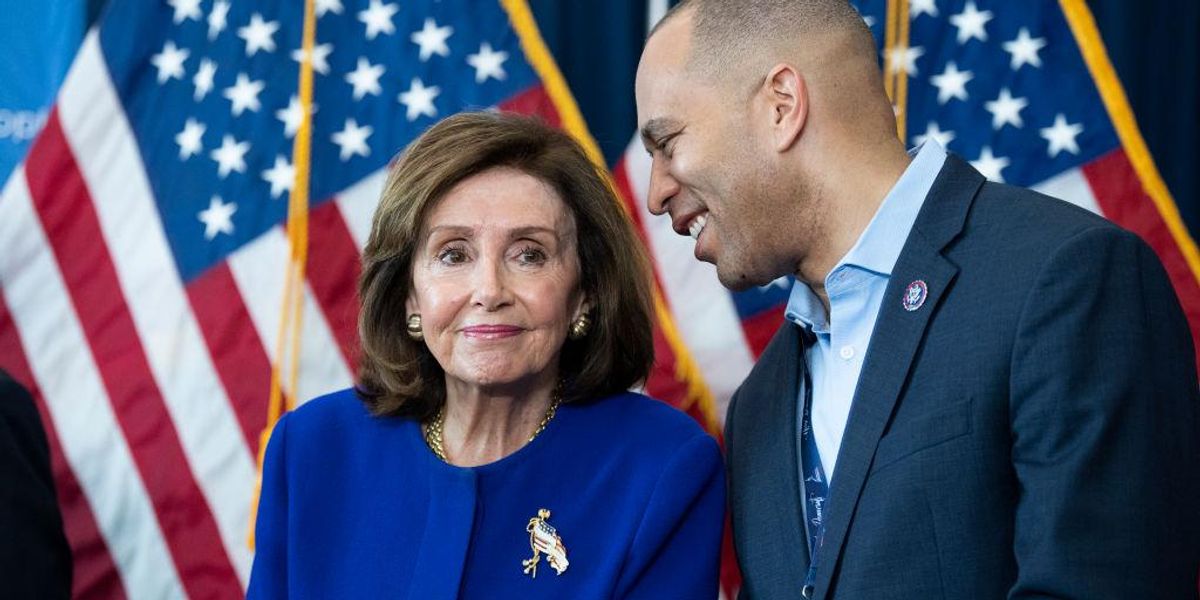 Republicans won the House majority during the 2022 midterms, which means that the next speaker of the House will almost certainly be a Republican. Current House Speaker Nancy Pelosi announced on Thursday that she will not pursue reelection to Democratic leadership. Pelosi, a California Democrat who has served as a House lawmaker for more than three decades, is the only woman ever to serve as House speaker. She plans to continue serving as a lawmaker in Congress.

Jeffries, a lawmaker from New York who has served in the chamber since 2013, has called Pelosi “the G.O.A.T,” which is an acronym that stands for “greatest of all time,” and he issued a statement describing Pelosi as “the most accomplished Speaker” in the nation’s history.

u201cSpeaker Nancy Pelosi is the G.O.A.T.nnThank you for all that you have done for America.u201d

In a letter to colleagues, Jeffries asked for fellow Democrats to back his bid to become House Democratic leader.

“House Democrats are actually the party that defends freedom, promotes economic opportunity and values families by uplifting them,” Jeffries wrote. “We must make sure that the perception of the Democratic brand matches up with the reality that we do in fact authentically share values that unite the Heartland, Urban America, Rural America, Suburban America and Small Town America.”

“Yesterday, I said on the Floor that the time has come for a new generation to lead our magnificent House Democratic Caucus. It is with pride, gratitude and confidence in their abilities that I salute Chairman Hakeem Jeffries, Assistant Speaker Katherine Clark and Vice Chairman Pete Aguilar for being ready and willing to assume this awesome responsibility,” Pelosi said in the statement. “In the 118th Congress, House Democrats will be led by a trio that reflects our beautiful diversity of our nation. Chair Jeffries, Assistant Speaker Clark and Vice Chair Aguilar know that, in our Caucus, diversity is our strength and unity is our power.”

u201cIn the 118th Congress, House Democrats will be led by a trio that reflects our beautiful diversity of our nation. Chair Jeffries, Assistant Speaker Clark and Vice Chair Aguilar know that, in our Caucus, diversity is our strength and unity is our power.u201d

James Woods to sue DNC over collusion with Twitter to censor Americans’ speech: ‘Scratch a liberal, and you will find a fascist every time’
The Dynamic of the Iran Protests is Changing as Armed Conflict Ignites in Separatist Regions
Another Biden Family Corruption Cover-up Is Unraveling
Calhoun’s “mouse utopia” experiments are now coming true for humanity as self-annihilation, infanticide and gender distortions become commonplace
Twitter Axing of COVID Misinformation Policy: A Victory for Free Speech, Not Misinformation