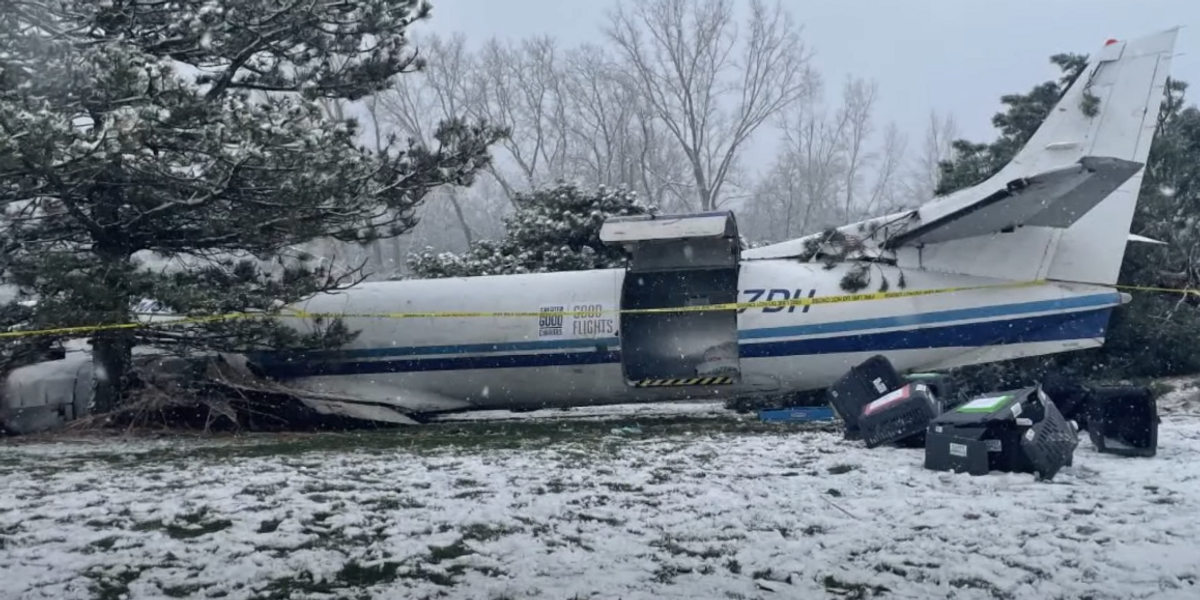 Rescue dogs were rescued a second time when a plane made a miraculous crash landing in Wisconsin.

An airplane was transporting 53 rescue dogs from New Orleans, Louisiana, to shelters in southeastern Wisconsin. However, the twin-engine turboprop airplane was forced to make a crash landing on the greens of the Western Lakes Golf Club in Pewaukee, Wisconsin.

ABC News reported, “The plane went through trees, losing both its wings, before it belly-landed on the course.”

Matthew Haerter, assistant chief at Lake Country Fire and Rescue, praised the pilot for doing the best they could with the “relatively catastrophic landing.” Haerter said, “This could have turned out so much worse.”

All three people on the plane, as well as the 53 rescue dogs onboard, survived. All of the humans and some of the dogs suffered minor injuries. The Humane Animal Welfare Society of Waukesha County took in 21 of the dogs that needed medical treatment.

“We normally don’t let people adopt until we have them up on our website because we want to give anybody as fair of a chance as possible,” Stephanie Deswarte, a front desk manager for the shelter, told ABC News. “But since they were obviously in the thick of it, and they did such a great job trying to help with the whole crazy situation, that we gave all first responders first dibs, so to speak, to adopt before they went up on the website.”

“As soon as I found out all of them were okay, my first thought was that, one of them is coming home with me. So this is my little Lucky,” said firefighter Elle Steitzer.

Paramedic Amber Christian said of her adopted canine, “He just kind of fell out of the sky in front of me, so here he is.”

“When they let her in the door she bypassed my wife, ran to me, jumped kind of into my arms, gave me kisses. I started to tear up a little bit and I said, ‘Oh boy, I guess we got a dog,'” Wasielewski told WISN.

The Humane Animal Welfare Society has raised more than $8,000 to pay for “unforeseen medical and other costs” from the crash.

Haerter said, “I think all of us collectively have a soft spot in our heart, especially for dogs that have been rescued.”

Deswarter added, “We have never had something quite like this happen before. It was a miracle that everybody really was OK.”

Local authorities have not revealed the cause of the plane crash. The Federal Aviation Administration (FAA) is investigating the incident.

Mike Pence Praises Elon Musk’s Plan To Release Censorship Files
Air Marshals threaten Biden with ‘mutiny’ if he tries to send them to southwest border
Warnock Is Just as Weak a Candidate as Walker
‘NOT FOR ME’: Univision’s Chevy Bolt Infomercial Spontaneously Combusts
Company That Made Viral ‘Let’s Go Brandon’ Wrapping Paper on Target to Double Last Year’s Sales