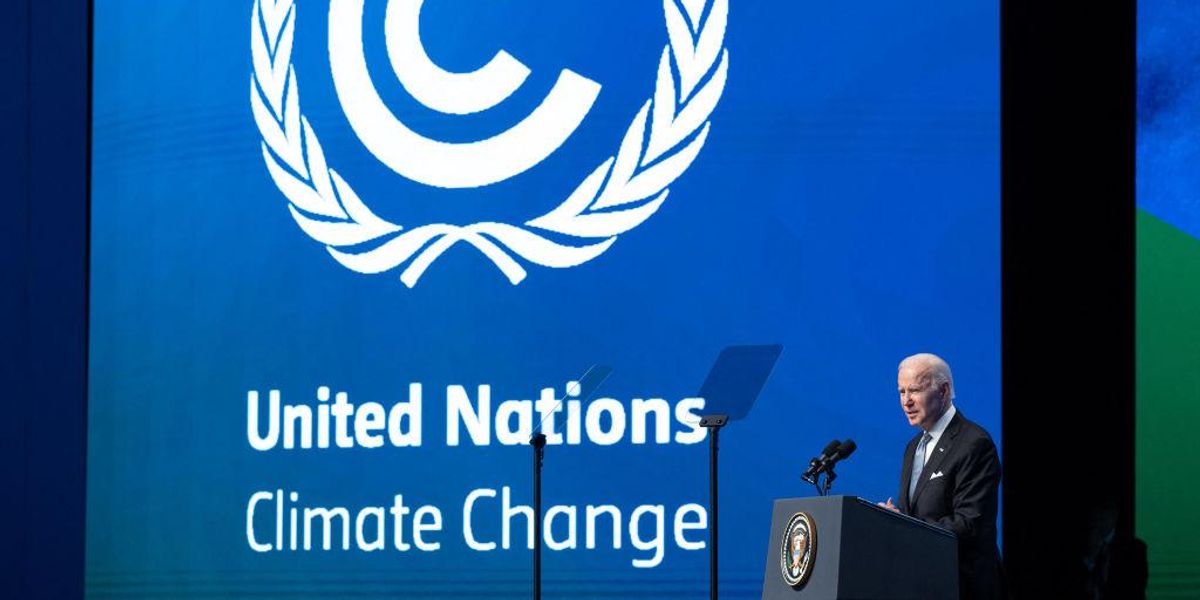 The Biden administration has agreed to pay into a United Nations fund to compensate countries that have experienced damages from climate change, according to new reports.

The 2022 United Nations Climate Change Conference, commonly referred to as COP27, is being held in Sharm El Sheikh, Egypt. There are representatives from approximately 190 counties at COP27.

There are talks to launch a fund to compensate poor, developing countries that suffer damages related to climate change. Multiple reports state that the United States has finally agreed to contribute to the fund, which it had rejected for years.

The New York Times reported, “The United States is willing to accept the creation of a fund to compensate poor, developing countries for climate damage, reversing decades of opposition and marking a major breakthrough in one of the most contentious issues at the heart of United Nations climate talks.”

The outlet added, “The change means the U.S. will no longer block a fund that has long been sought by poor nations overwhelmed by floods, heat, and drought made more destructive by climate change.”

An anonymous Biden administration official reportedly said the U.S. is “working to sign on to a deal.”

The Wall Street Journal reported, “A deal was struck at United Nations climate talks on Saturday to set up a fund that would pay for climate-related damage in countries deemed particularly vulnerable, officials said, handing a victory to poorer nations that have pushed for the move for years and removing a major sticking point in broader negotiations to address global warming.”

The fund would reportedly devote money to damages from “rising seas, more powerful storms and, other effects that scientists link to climate change cause destruction that is sudden or potentially irreparable.”

However, China – the world’s biggest emitter of greenhouse gas emissions – is technically eligible to get money from the climate crisis fund because it is classified as a “developing country.” In 2019, China was responsible for over 27% of total global emissions, followed by 11% by the United States.

China has not agreed to contribute to the climate change fund as of yet.

Hug said, “Our attitude toward the U.S. was always that it’s good news Biden is in the White House and not Trump, and it’s good news that they have a law for domestic action. But they don’t have good news when it comes to their international commitments on finance.”

The WSJ pointed out, “How much any one event can be attributed to global warming isn’t clear-cut.”

Sam Bankman-Fried’s parents purchased $121 million in “vacation home” properties in Bahamas using illicit funds from FTX crypto scam
Newsom Says He Will Not Challenge Biden in 2024
Why globalists desperately need control of Arizona before they unleash the next staged pandemic
Does Mitch McConnell Have a Valid Point About Trump?
White House issues pro-Biden talking points for your Thanksgiving dinner and gets mocked mercilessly on social media