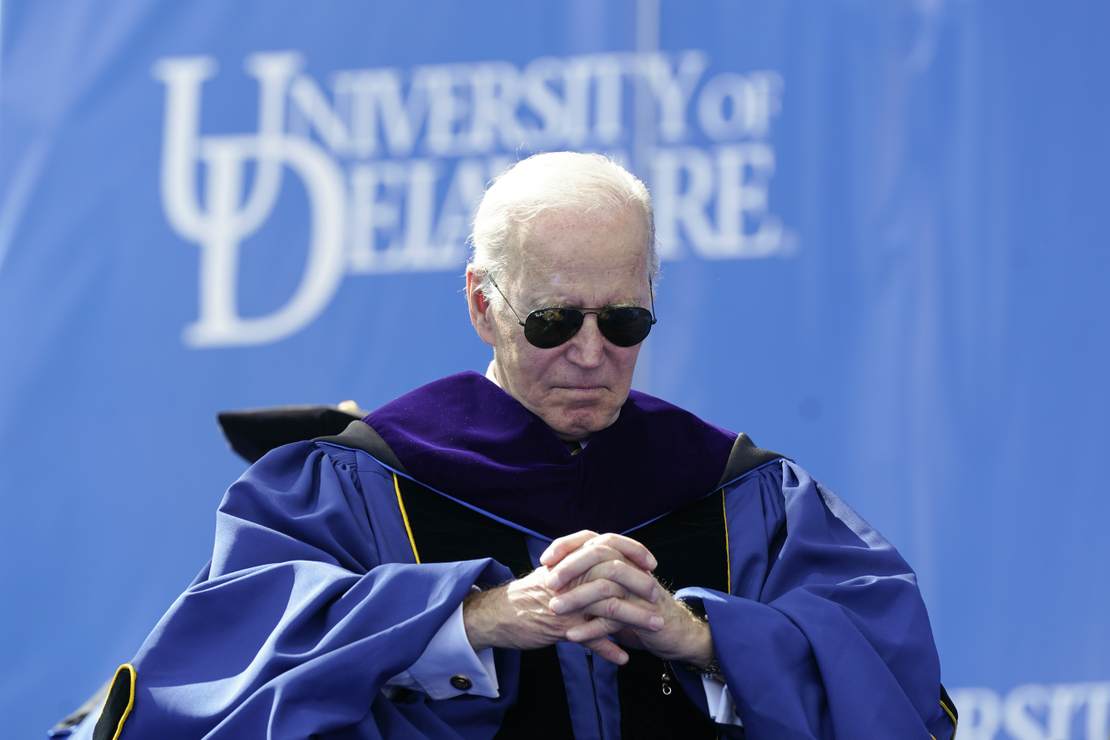 There are new calls to investigate whether Joe Biden deliberately tricked younger voters with his student loan forgiveness plan to get votes in the midterms, knowing it would never make it through the courts.

The evidence to support this theory is overwhelming.

Long before he caved on the issue of student loan relief, Joe Biden repeatedly said that student loan forgiveness is an issue Congress needs to address. Even Nancy Pelosi agreed with that. She argued over the summer that Biden doesn’t have the legal authority to forgive student loans. “People think that the President of the United States has the power for debt forgiveness,” she said in July. “He does not. He can postpone, he can delay, but he does not have that power. That … has to be an act of Congress.”

Naturally, when it first became clear that Biden was considering it, it was immediately denounced as a bribe. Heck, even Mitt Romney saw it for what it was. In April, Romney blasted the White House when it was first reported that Biden might attempt to use executive action to forgive student loans.

Well, it seems that the bribe paid off. Young voters came out in droves in the midterm elections, effectively saving the Democrats from a red wave.

“The role of young people in this election cannot be understated (sic),” Rep. Alexandria Ocasio-Cortez tweeted. “Turnout delivered on many of these races.”

Even Joe Biden thanked them for doing exactly what they were supposed to. “I especially want to thank the young people of this nation, who I’m told … voted in historic numbers again,” he said. “They voted to continue addressing the climate crisis, gun violence, their personal rights and freedoms, and the student debt relief.”

There it is. Biden just gave the whole ball game away. Young voters were driven to the polls because they’d been promised $10,000 to $20,000 in student loan forgiveness. Democrats fended off the red wave thanks to these voters. Mission accomplished!

Just before the election, it was reported that 26 million Americans had already applied for student loan forgiveness. But then, a few days after the election, a federal judge struck down Biden’s student debt forgiveness plan. It was obvious that the plan was never going to pass constitutional muster, but despite all the challenges, the Biden administration pressed on, letting voters think the payola was coming.

And now, the editorial board of TIPP Insights is calling for an investigation. “The new GOP House should investigate the executive order’s inherent dishonesty of bait and switch,” it wrote. “With little chance of the loan relief now passing both chambers and becoming law, the House should subpoena senior administration members and have them testify under oath.”

“Pandering to a particular cohort is nothing new for politicians,” it continued. “But the Biden administration has crossed the line by announcing a dubious E.O. that promised a massive transfer of federal dollars from the Treasury to students, essentially to get them to vote for the president’s party in a quid-pro-quo deal. Dubious because the administration knew that the program was extraordinarily shaky but decided to press on with it anyway. After all, once the votes are in, the Dems could always blame the courts.”