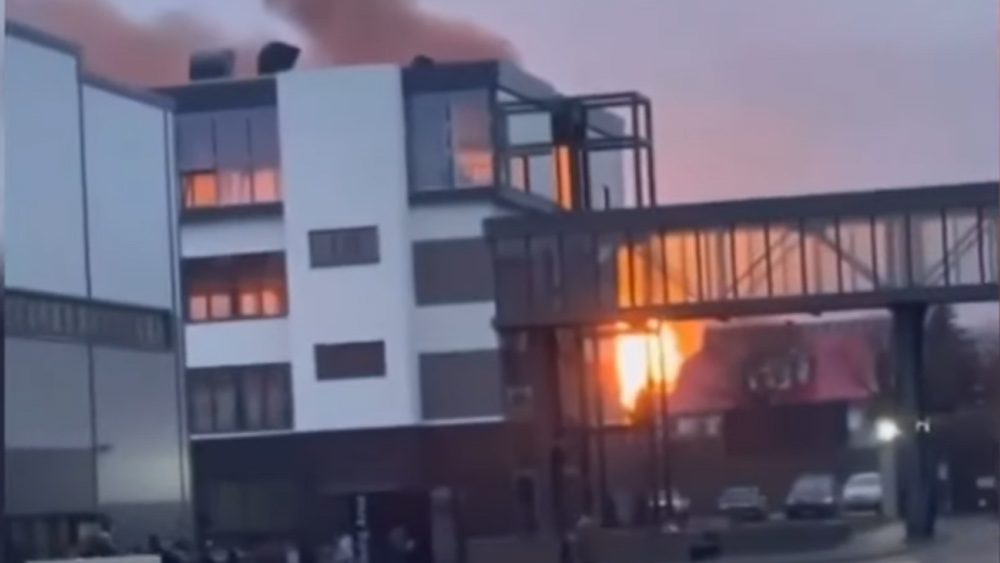 (Natural News)
A Polish politician has angrily denounced Ukrainian leaders for trying to goad his country and the rest of NATO into a hot war with Russia using what may have been a staged missile attack that left two Polish citizens dead after it struck inside his country.

Jaroslaw Pakula, the former chairman of the city council of Lublin, the seat of the region where Przewodow — the missile strike site — is located, had been a supporter of Ukraine until the deadly incident earlier this week, Summit News reported. But after the strike, he bluntly said that Warsaw should send Kyiv a strong message rather than tell citizens in both countries “fairy tales.”

“The rocket could not be fired 100km in the opposite direction by mistake,” he continued, according to the outlet, before going on to suggest that the incident was staged to frighten the EU and the United States into providing more money to Ukraine or to send in troops of their own.

After demanding that Poland should “no longer put up with this behavior” from Ukraine, Pakula said: “I urge you to rethink Poland’s position [regarding] this war in the event that the red line is crossed again!”

Thank you AP, for correcting a story that nearly launched WW3. Now maybe you can also name the “senior American intelligence official who spoke on condition of anonymity” and who may have had ulterior motives in bringing the world to the edge of nuclear war pic.twitter.com/xtruXlv6U3

If Alex Jones must pay $1.5 billion for being wrong, then how much do the “Russian missile attack of Poland triggered Article 5,” hoaxers owe?

Despite the fact that it is now known Russia did not fire the missile into Poland — thereby nearly triggering World War III — the Biden regime continued to blame Moscow anyway.

National Security Council Spokesperson Adrienne Watson said following the incident: “We have full confidence in the Polish government’s investigation of the explosion near their border with Ukraine, and we commend them for the professional and deliberate manner in which they are conducting it. We will not get ahead of their work and remain in close touch with our Polish counterparts, as we are still gathering information.

“We have seen nothing that contradicts President Duda’s preliminary assessment that this explosion was most likely the result of a Ukrainian air defense missile that unfortunately landed in Poland. We will continue to assess and share any new information transparently as it becomes available. We will also continue to stay in close touch with the Ukrainians regarding any information they have to fill out the picture,” she added before piling on Russia.

“That said, whatever the final conclusions may be, it is clear that the party ultimately responsible for this tragic incident is Russia, which launched a barrage of missiles on Ukraine specifically intended to target civilian infrastructure. Ukraine had — and has — every right to defend itself,” Watson continued, adding: “We again express our solidarity with the people of Ukraine and our condolences for the losses they suffered in these barbaric airstrikes.”

War is “barbaric” by its very nature, so that seemed like a particularly tone-deaf touch.

In any event, it doesn’t matter what really happened; the regime is now demanding another $37 billion in taxpayer funds to send to the bottomless Ukrainian money pit.

Bill Clinton tests positive for COVID-19, urges people to get vaccinated and boosted
New York City Will Hospitalize More Mentally Ill People Even If They Aren’t a Threat
Bill Maher can’t decide which is WORSE: Stephen Colbert or ‘a room full of Tucker Carsons’
CNN Reporter Finds Daylight Savings Time ‘Sheds Light’ on America’s Structural Racism
NewsBusters Podcast: The US Hostage In Iran Rooted for Iran to Beat US?