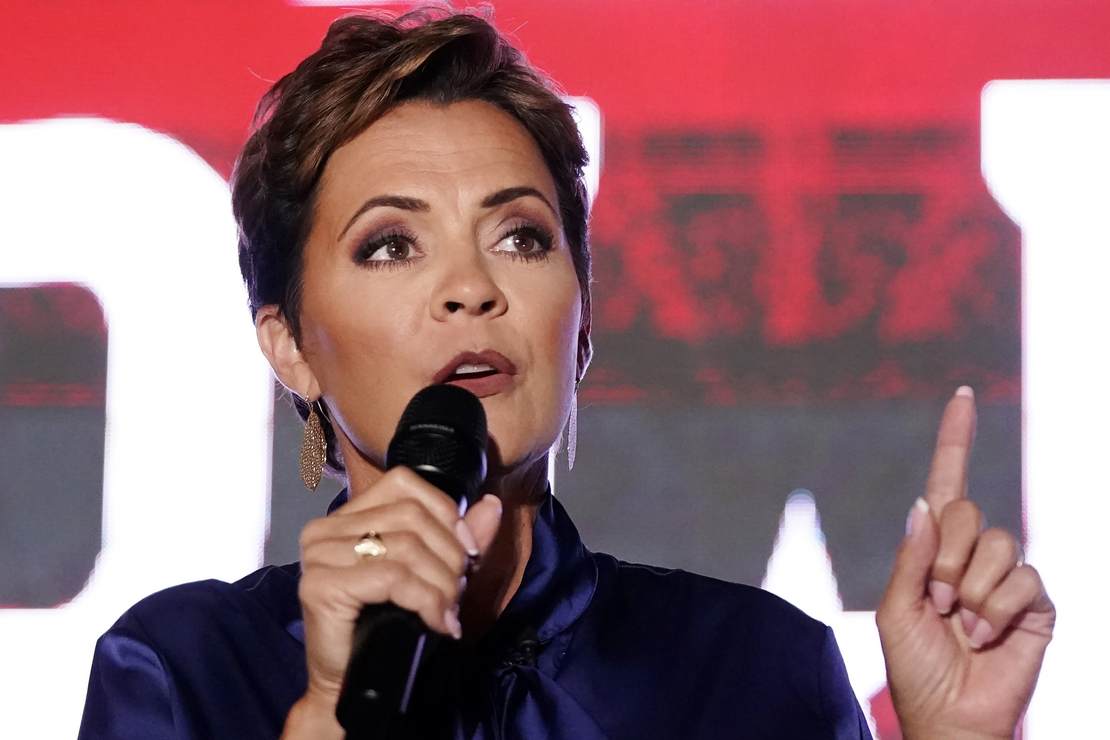 The midterm elections were disappointing on so many levels. No red wave—we didn’t get the majority in the Senate—and the Arizona gubernatorial election didn’t turn out as we’d hoped. When it became clear that we’d failed to win Senate seats in Arizona and Nevada, I contented myself with the thought that Kari Lake could still win the governorship.

As the vote counting lingered on for nearly a week, it was immediately clear that Arizona needed Kari Lake more than ever. She’d sounded the alarm on Arizona’s disgraceful electoral process for two years, and she promised she would fix it. Regardless of the outcome of an election, Lake knows it’s important for everyone, regardless of what party you belong to, to be confident that the results are legitimate. If Kari Lake had won, I’d have been confident that the problems we saw in Arizona in 2020, and now 2022, would be fixed before the 2024 election.

If you were of voting age in 2000, you’ll never forget the weeks of uncertainty after the tight Florida vote. It turned ugly and nearly tore our country apart as we battled hanging chads versus dimpled chads, a recount, Al Gore’s team trying to toss out military ballots, another recount, court battles, another recount, and finally, the Supreme Court becoming involved. After that debacle, Florida learned how to run smoother elections, and they counted millions more ballots on election night than Arizona counted in a week. If Florida could fix their elections after the 2000 election, Arizona could follow suit.

And Kari Lake isn’t going quietly. Lake has yet to concede and is mounting a legal challenge to the results. “Arizona, we are still in the fight,” Lake said in a video posted to Twitter about Arizona’s “broken election system,” and promised to keep fighting to prove that the elections were botched.

“Now I’m busy here collecting evidence and data. Rest assured, I have assembled the best and brightest legal team and we are exploring every avenue to correct the many wrongs that have been done this past week,” Lake continued. “I’m doing everything in my power to right these wrongs,” she said. “My resolve to fight for you is higher than ever.”

Arizona, we are still in the fight. pic.twitter.com/ytaGvqG5J0

PJM’s Stephen Kruiser even has high hopes for this effort. “I honestly don’t think this is a tilting-at-windmills vanity project for Lake,” he wrote. “She has a very good legal team. We’re not dealing with the Lin Wood/Sidney Powell ‘Release the Kraken’ nonsense of 2020. If they think there is something to look at, then there is probably something to look at.”

Lake campaign advisor Caroline Wren spoke of some of the issues they’re looking at:

.@CarolineWren: “We start early voting on October 12. Why did 0% of the voting centers encounter tabulation problems during early voting when we know that the Democrats are heavily voting? Why did that number then jump up to 48% of voting centers… on Election Day?” pic.twitter.com/ba7L48rH2Q

I’m under no illusions here; there’s virtually no chance that Lake will be able to change the results of the election. Her team could definitively prove fraud or malfeasance, but we’ve seen this movie before, and we know that the results we got this week will stand no matter what. But this fight is far bigger than the issue of who the governor of Arizona is. Lake is going to the mattresses for a far bigger and more important fight: election integrity.