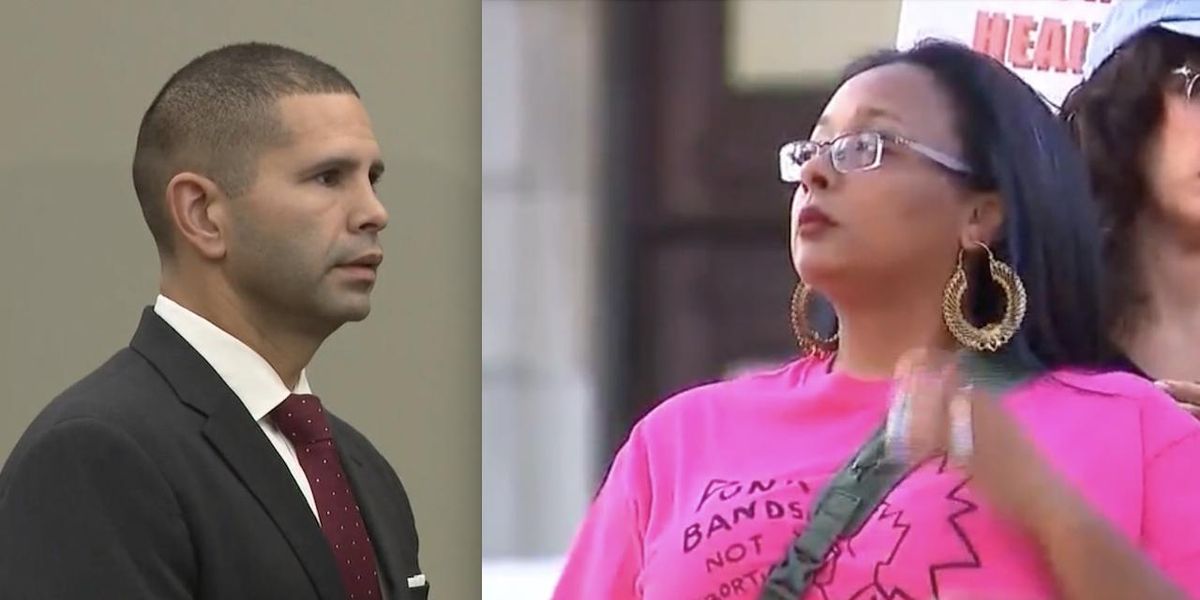 Black Lives Matter is angry over the acquittal of an off-duty Providence, Rhode Island, police officer who hit a black woman during a protest in June following the overturn of Roe v. Wade.

Thing is, the officer said the woman was physically interfering with his attempt to arrest a man who was attacking a journalist.

Oh, and the cop and the woman he hit? They were political rivals at the time of the incident.

What’s are the details?

However, Lugo said he was trying to apprehend a suspect who assaulted self-described independent journalist Josh Mello, and Rourke was physically preventing him from doing so, WPRI reported. Lugo said he applied a pair of “police-trained open-handed distractionary strike techniques” on Rourke to “get her off” him, the station added.

The judge found Lugo’s actions justified as they were in line with keeping public order, WPRI said. Video of the incident shows it took place at night.

A judge dismissed a disorderly conduct charge against Lugo in late August, the station said.

Lugo’s attorney, Daniel Griffin, told WPRI that his client “never should have been arrested. He’s a kid who wanted to serve the city, who wanted to serve his community, and he was railroaded. He’s acquitted now, and we just hope that the city of Providence does the right thing and puts him back to work.”

A Providence police spokesperson said the department still wants to terminate Lugo — who’s been on paid suspension since the altercation — despite his acquittal, the station said. Lugo can’t be fired outright due to the Law Enforcement Officer Bill of Rights, WPRI said, adding that it’s unclear when the LEOBOR hearing will occur.

Lugo, a Republican, dropped out of the state Senate race shortly after the incident. Rourke, a Democrat, lost to another Republican as the seat held by retiring Majority Leader Michael McCaffrey was up for grabs.

What did Black Lives Matter have to say?

The executive director of the Black Lives Matter RI Political Action Committee told WPRI he was at the pro-abortion rally, that Rourke only was trying to deescalate things, and that the justice system failed her.

“It’s a really disappointing decision today,” Harrison Tuttle added to WPRI. “This is unacceptable. We cant have people, but most importantly police officers, punching women in the face.”

WPRI said it hadn’t heard back from Rourke after asking her to comment.

Here’s the full statement on the ruling from the local Black Lives Matter outfit:

Today, Jeann Lugo, a Providence Police officer and former candidate for RI Senate District 29 was acquitted on assault charges brought against him by Jennifer Rourke, stemming from an altercation at an abortion rights rally at the State House on June 25, 2022.

We at BLM RI PAC want to extend our deepest condolences to Jennifer Rourke, the alleged victim of this assault. No person, let alone a political candidate should have to fear or face physical violence, based on their political views. Along with her alleged physical assault, which was captured on camera, her rights to free speech and public demonstration were robbed from her, by an officer who swore an oath to protect those rights for all citizens. Jennifer had her day in court and had to face her alleged abuser, as daunting and stressful as that is. Unfortunately the justice system failed her, and we know at this time, her grief and trauma is indescribable.

As we continue to fight for the rights of the people in our state, another day goes by and another alleged victim of police brutality is left to fend for themselves. The justice system has again failed to protect those who are victims. We were left waiting and wondering what the outcome of this trial would be, as we were not allowed to receive any substantial information on the matter from Mayor Elorza or any high ranking officers at the Providence Police Department, due to active LEOBOR statutes that don’t allow them to speak on investigations of officers, even when criminal charges are being brought upon the officer. We wait for the day this is no longer. We wait for the day that victims of police brutality receive the justice they deserve. We wait for the police in our cities and towns are held accountable for their actions and remain transparent.

CBS’s Brennan Frets ‘Right-Wing’ Israel will Ban Gay Pride Parades
Tyrant Zelensky to Ban Ukrainian Church After He Bans Media Outlets and Opposition Party (VIDEO)
Is the GOP Underestimating Joe Biden?
Globalist “utopia” is driving mankind to self-extinction, just like what was seen in Calhoun’s mouse experiments
Is Trump Having a Kanye-like Meltdown?