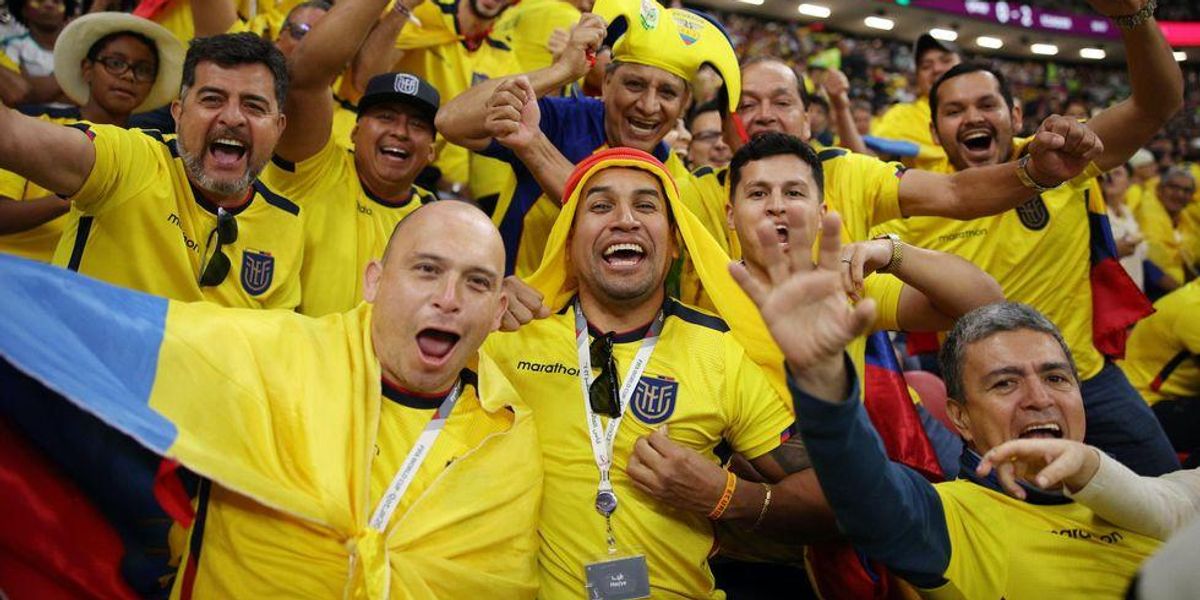 FIFA, the World Cup governing body, began a disciplinary investigation into homophobic chants made by Ecuadorian fans against a country unrelated to the country they were competing against in the opening game.

The chants were made during Ecuador’s game against Qatar at Al Bayt Stadium on Sunday. Ecuadorian fans chanted, “Anyone who doesn’t jump is a Chilean [homophobic insult]” in Spanish.

Ecuador went on to beat Qatar in a score of 2-0.

It was the first time in World Cup that a country hosting the World Cup lost its opening game.

The Ecuadorians mocked Chile because the country is not competing in the World Cup and filed a lawsuit to take Ecuador’s place at the international soccer games. They also chanted, “Chile can watch it on television.”

The Football Federation of Chile demanded that FIFA disqualify Ecuador over one of its players allegedly using a false passport and birth certificate to play. Chileans filed a formal appeal in July after FIFA refused to change what teams would go to the contest. Later, it elected to punish Ecuador with a points reduction for the 2026 World Cup qualifiers.

Byron Castillo, the player accused of being ineligible to play, is also not playing on the World Cup team.

Ecuadorian fans also humorously chanted “we want beer!” in Spanish during the game to protest Qatar banning alcohol sales during the games in accordance with Islamic religious regulations. Only alcohol-free Bud Zero is being sold at games.

FIFA is also investigating homophobic chants made by fans of Mexico, who are famous for their politically incorrect chants. They have previously been punished with game forfeiture and also with games being played without their fans.

The Mexican team tied Poland in a scoreless game.

Here’s more about the Ecuadorian chants:

‘We can no longer say this is a pandemic of the unvaccinated’: CDC data indicates vaccinated, boosted people together make up majority of COVID-19 deaths
Gov. Greg Abbott bans use of TikTok on Texas gov’t issued devices over communist Chinese surveillance concerns
Gov. Glenn Youngkin announces end of ‘COVID-era draconian overreach,’  reimbursement for ‘unjustly’ fined businesses
MSNBC Guest: Tucker Having Gays Against Groomers as Guest Is Dangerous
DELUSIONAL: Hillary Clinton likens PRO-LIFE movement to using ‘rape’ as a ‘tactic of war’