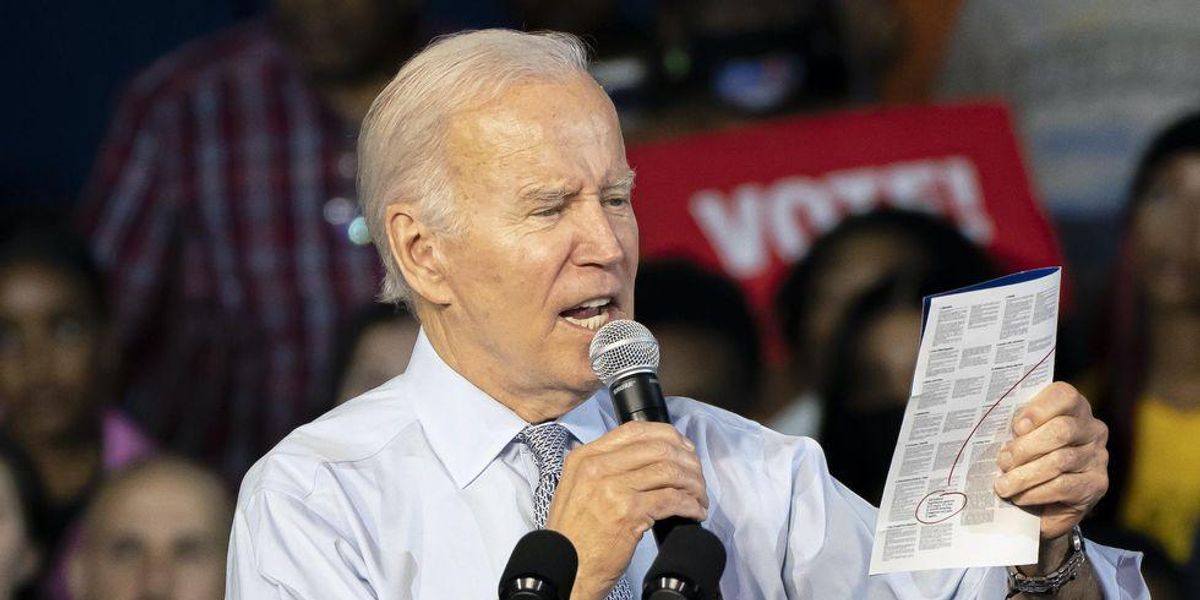 The White House released recommended talking points to be brought up at Thanksgiving dinner and faced merciless ridicule and mockery from critics on social media.

The proclamation came from White House chief of staff Ron Klain, who posted the talking points on his official social media account.

u201cOne last item for your Thanksgiving dinner: some talking points when “that Uncle” comes “at you” about @POTUS.u201d

The list touted President Joe Biden’s accomplishments, including “tackling inflation” — which is still at record heights — and “lowering costs” — despite inflation still being a drag on the economy.

The talking points did not persuade critics on social media who took the occasion to slam Klain and Biden with bitter vituperation.

“If somebody pulls this sheet out during Thanksgiving dinner, you are fully justified in catapulting them into the nearest body of water,” replied Ben Shapiro.

“How about instructions for rigging 10,000 volt dining room chairs for anybody who whips out talking points at Thanksgiving Dinner,” responded Twitter celebrity David Burge.

“He won’t ‘come at you’ because the only person who ‘comes at you’ at Thanksgiving is your obnoxious zoomer cousin who will occasionally look up from their iPhone to tell you how bad capitalism is,” tweeted Noah Blum.

“Giving people a list of facts to debunk whatever they believe is ineffective because you have to build trust first. Pulling out the fact sheet during Thanksgiving Dinner…not trust-building,” responded journalist Zaid Jilani.

“Thanksgiving dinner will cost American families, on average, 20% more this year. Instead of an honest assessment of the economy and better policy, the White House is offering America talking points (literally),” replied Bryan Griffin, the press secretary to Republican Florida Gov. Ron DeSantis.

Griffin was referring to a survey released by the American Farm Bureau Federation on Wednesday showing that a Thanksgiving dinner had risen in cost precipitously from last year.

“General inflation slashing the purchasing power of consumers is a significant factor contributing to the increase in average cost of this year’s Thanksgiving dinner,” said AFBF chief economist Roger Cryan.

Here’s more about politics at Thanksgiving:

Good Neighbors With Guns Detain Man Who Broke Into a Michigan Home With Children Inside
Don Lemon Goes Soft on Antisemitism: ‘Whether You Agree With Kyrie Irving Or Not…’
Joe Biden: Warnock Votes with Me Nearly 100% – Don’t Tell Georgia Voters That (VIDEO)
‘Distraction…Full of Old News’; KJP Pressed by Heinrich on the Twitter Files
‘NOT FOR ME’: Univision’s Chevy Bolt Infomercial Spontaneously Combusts